At this point, battery life is one of the number one priorities for a phone. While in 2013 our primary tests consisted of the web browsing test and video playback tests, we've expanded our suite to include Basemark OS II and GFXBench to simulate intensive general usage and gaming, respectively. For all of our tests in which the display is on, we calibrate the brightness of full white to be 200 nits in order to standardize and attempt to control for extraneous variables as much as possible. While this may seem arbitrary, it's important to do so to draw real conclusions about which phone has better battery life. 200 nits on a phone can be as low as 50% and as high as 90%, so setting a standardized brightness percentage would not be an effective method of controlling for display brightness. With that in mind, let's get to the battery life tests. 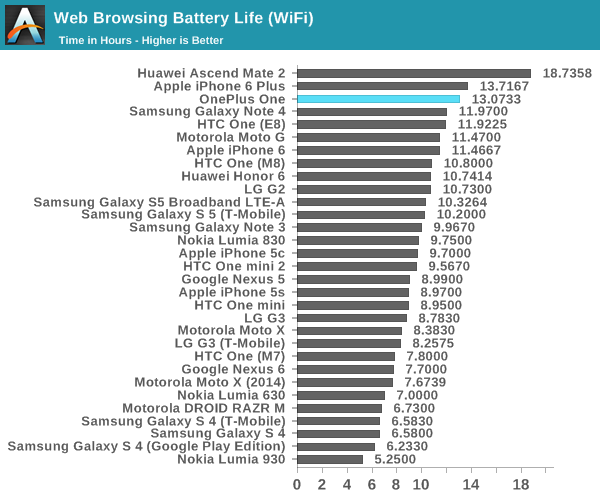 Here, we see that the OnePlus One takes the number three spot for battery life amongst phones and phablets. This is definitely a great result to start with, and is a solid 20% higher than the One (M8). However, the Huawei Ascend Mate 2 continues to hold its position with a long lead over just about anything else available in the market today. 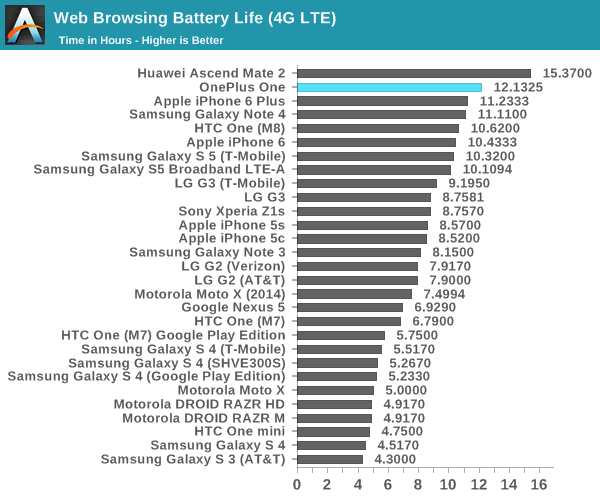 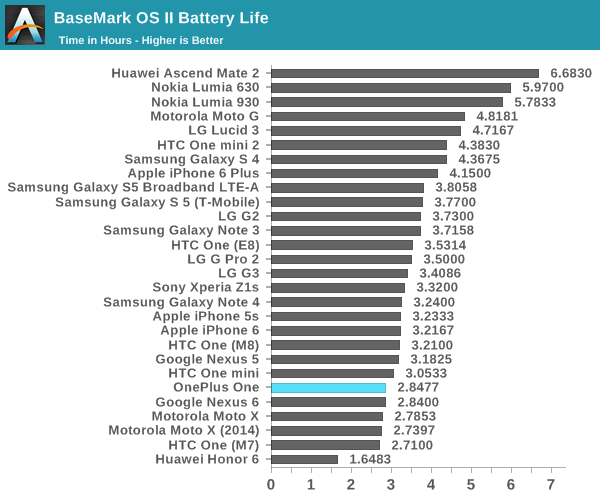 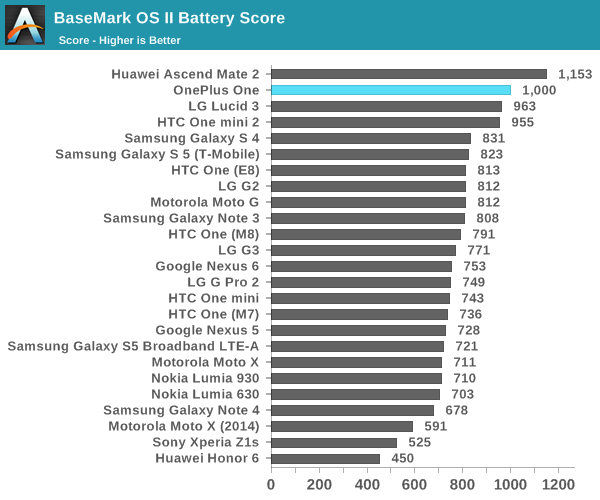 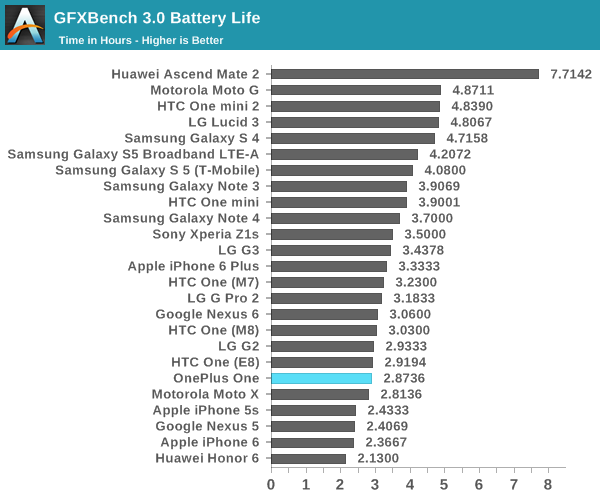 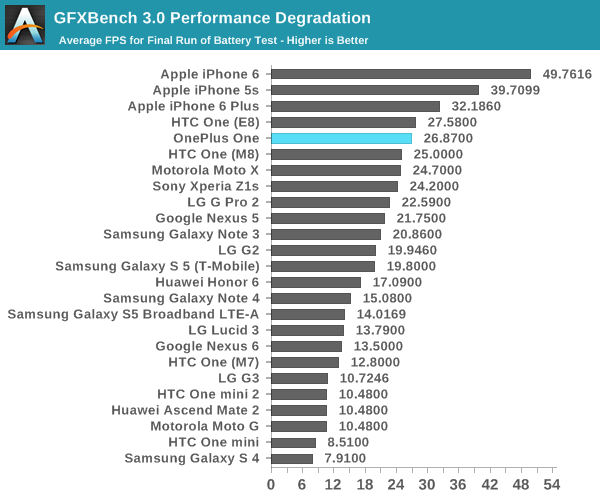 We see the same story in the GFXBench rundown. The OnePlus One manages to set a new record for final run FPS among phones and phablets, although battery life is near the bottom of the pack. It seems that if there's any one reason for the escalating display size wars, it is to increase battery life. While by no means a clear order, we can see that the larger battery more than compensates for the larger display of the OnePlus One. This makes sense, as a phone should have a fixed size circuit board. Therefore, by increasing display size the circuit boards become smaller relative to the rest of the phone, and all of the area opened up by increasing the size of the phone can be taken up by the battery. Overall, the OnePlus One is almost as good as it gets for battery life in a phone, with excellent sustained performance under load.

To really have a holistic understanding of battery life, we must also take a look at charge time. While battery life can be the only determinant of mobility, in cases where usage is heavy enough that the battery or multiple batteries have to be charged, charge time can become incredibly important. To this end, OnePlus includes a 5V, 2.1A charger in the box to quickly charge the rather large 11.78 WHr battery. 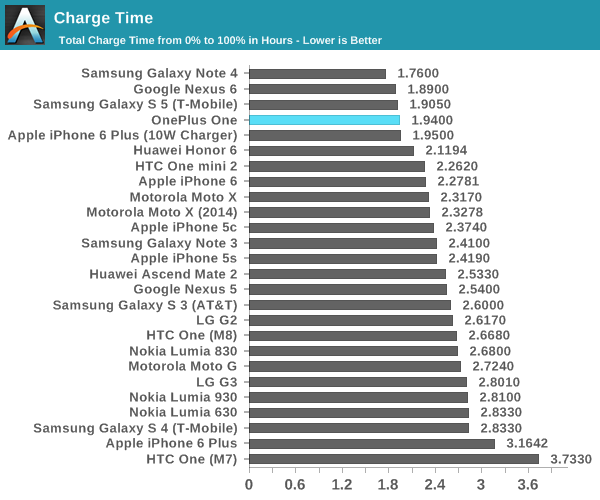 Somewhat surprisingly, the OnePlus One does a great job in this test, coming quite close to other devices with QC 2.0 fast chargers like the Galaxy Note 4 which is definitely good to see. Overall, this makes the OnePlus One one of the best phablets on the market for battery life.