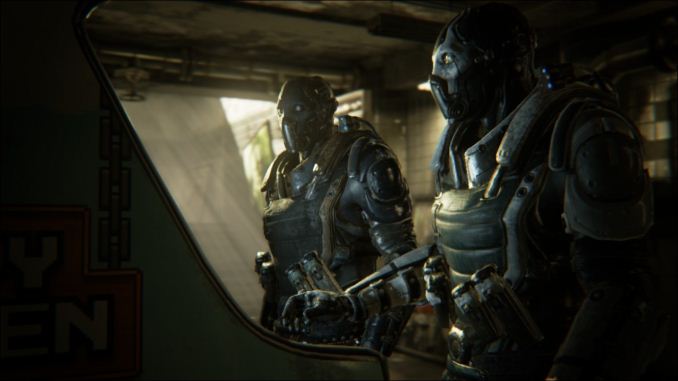 For the past few years there have been claims that mobile graphics performance and capabilities are about to reach that of gaming consoles like the Xbox 360 and Playstation 3. Obviously because this has been going on for a few years that point hasn't quite been reached yet. But if a new tech demo from NVIDIA and Epic Games is any indication of where graphics performance is headed that goal of matching the previous generation of game consoles on a mobile device may not be far off. The below video was made in Unreal Engine 4 and rendered on NVIDIA's Tegra K1.

This tech demo was played during the keynote at Google IO. To achieve some of the effects in the video the teams at Epic Games and NVIDIA used Google's new Android Extension Pack and OpenGL ES 3.1 which are supported in the upcoming Android L release. The Android Extension Pack is a set of extensions to OpenGL ES which provides features like tessellation to improve the detail of geometry rendered onscreen, and geometry shaders which can also be used to add detail to what is rendered onscreen as well as to add shadows to a scene. The Android Extension Pack also includes support for compute shaders, and Adaptive Scalable Texture Compression (ASTC) which we've talked about in depth previously.

Of course software is just one half of the equation. The GPU in NVIDIA's Tegra K1 breaks free of the old GeForce ULP design and works with the same architecture as Nvidia's desktop GPUs. Specifically, the GPU in Tegra K1 is a Kepler based GPU with 192 CUDA cores, 4 ROPs (render output units), and 8 texture units. The 64-bit version of NVIDIA's Tegra K1 will also be one of the first chips to ship in a new wave of 64-bit Android L devices with Google having updated the OS and their ART runtime to support the ARMv8 instruction set. It will be exciting to see a new generation of games enabled by more powerful hardware like NVIDIA's Tegra K1