ATI's slogan for the R200/RV200 launch is "This Changes Everything" and in many ways they weren't lying, although the improvements are less dramatic than the name would have you believe.  ATI will be introducing new packaging for their fall line in order to improve the brand presence of their cards.  Along with this, ATI will be introducing a new naming system for their cards.

The 7000 series of cards essentially have the same features as the original Radeon but will vary again in clock speeds, etc…

The Radeon 8500 is ATI's first card based on the R200.  The Radeon 8500's architecture is summarized in five marketing terms from ATI: Charisma Engine II, Pixel Tapestry II, HyperZ II, Video Immersion II and HydraVision.  As usual, we won't regurgitate what ATI presents us with; instead we'll let you know what matters, what doesn't and what it all means to you in the end. 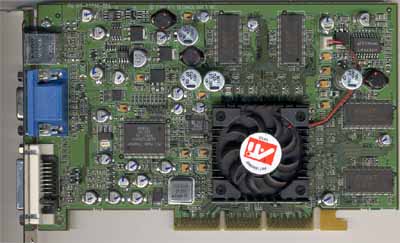 The Radeon 7500's feature set is identical to that of the original Radeon; for more information on it check out that review. 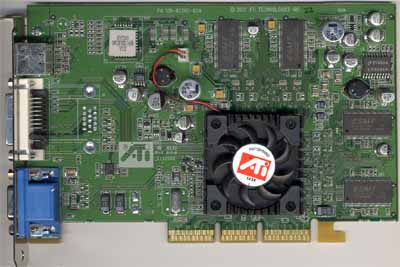 The successor to ATI's original Pixel Tapestry architecture primarily offers support for DirectX 8.1 Pixel Shaders.  For information on what a pixel shader is, read our GeForce3 Technology Preview.  The main benefit here is support for a maximum of 6 input textures that allows the Radeon 8500 to apply 6 textures in a single pass.  NVIDIA's GeForce3 is currently limited to 4 textures in a single pass.  ATI's claims of longer instruction lengths, etc… are all true but are generally speaking a direct result of the support for 6 input textures, which is the main feature we want you to take away from this.

ATI's Pixel Tapestry II supports DirectX 8.1 pixel shaders 1.0, 1.1, 1.2, 1.3 and 1.4, while NVIDIA's GeForce3 supports pixel shaders 1.0 – 1.3.  According to NVIDIA, support for pixel shader 1.4 is not even necessary, but from the end user's perspective it doesn't matter since there is no current game support for even pixel shader versions 1.2 and 1.3.  All of the revisions are a part of the DirectX 8.1 spec, so in the end it is up to the developers to pick and choose what they will implement.