Based on MAXON’s CINEMA 4D animation software, Cinebench is used to determine the CPU and graphics performance via OpenGL. The software has gone through many iterations over the years, and here we use versions 10, 11.5 and 15 to compare single-threaded and multi-threaded CPU performance. As the generations increase, the software becomes more multithread aware and scales better, however for consistency with older results we keep the version 10 results in our database. 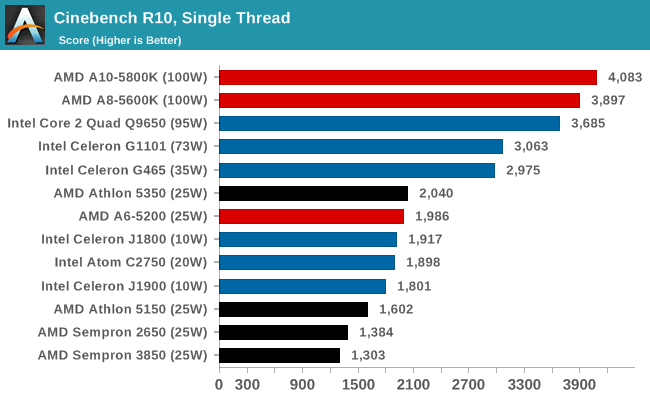 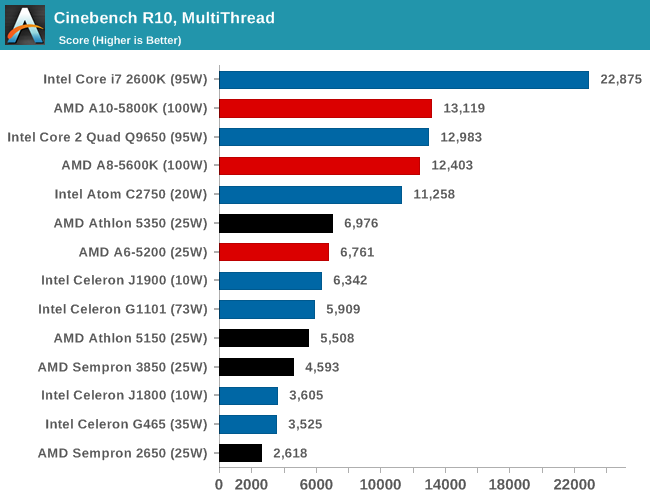 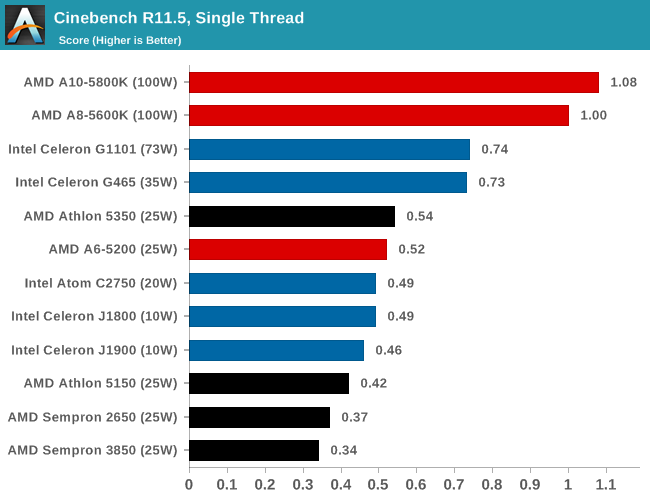 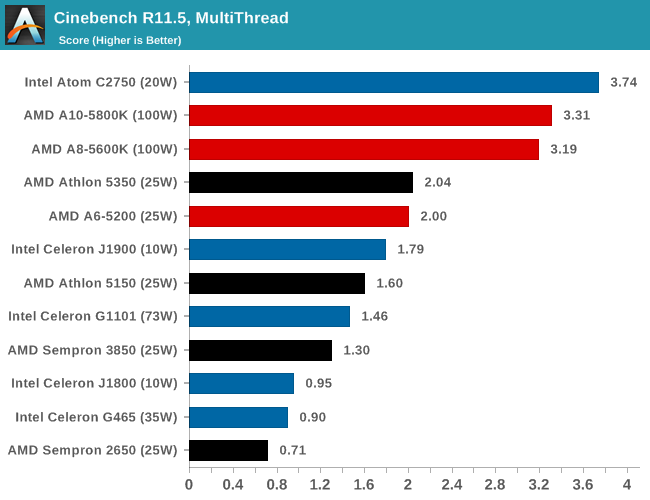 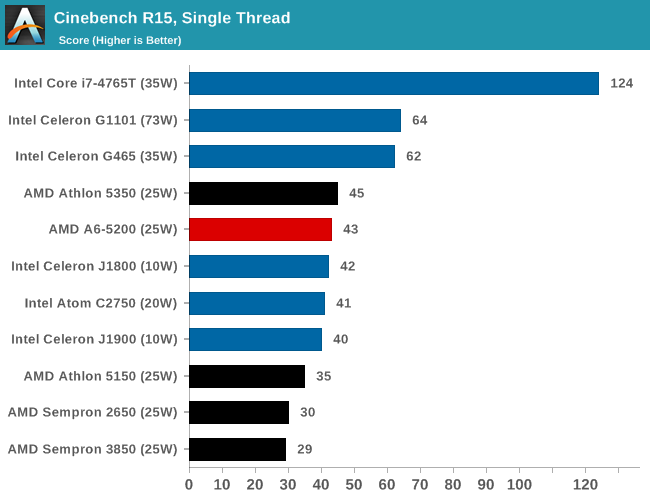 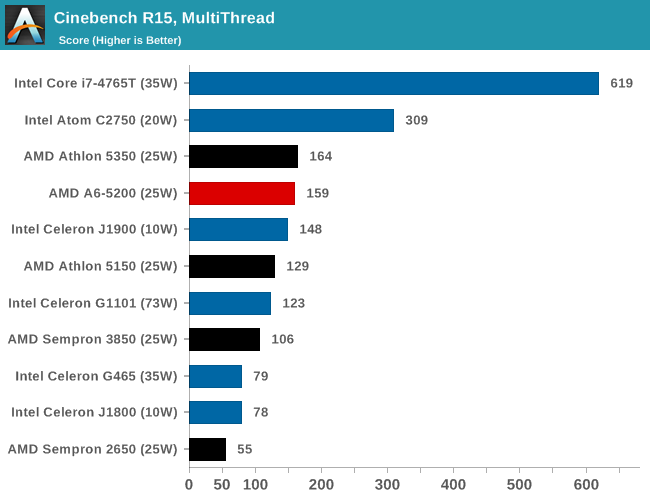 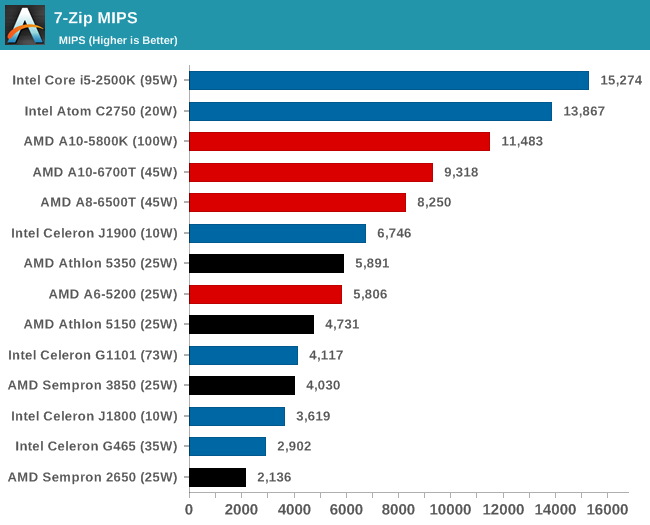 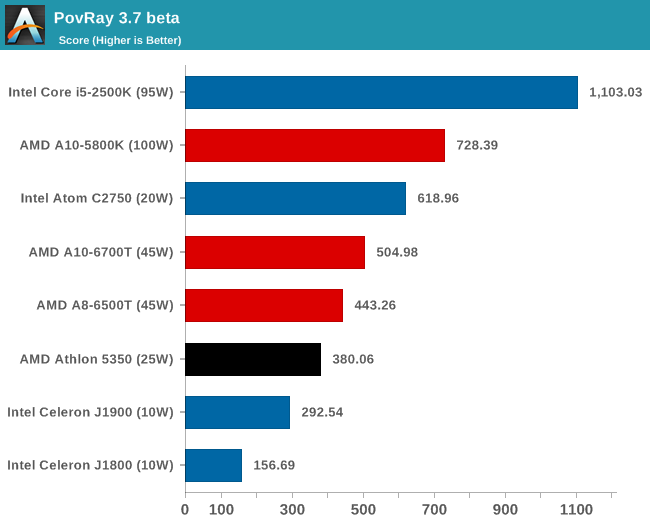 At the start of 2014 I was emailed with a link to a new emulation benchmark based on the Dolphin Emulator. The issue with emulators tends to be two-fold: game licensing and raw CPU power required for the emulation. As a result, many emulators are often bound by single thread CPU performance, and general reports tended to suggest that Haswell provided a significant post to emulator performance. This benchmark runs a Wii program that raytraces a complex 3D scene inside the Dolphin Wii emulator. Performance on this benchmark is a good proxy of the speed of Dolphin CPU emulation, which is an intensive single core task using most aspects of a CPU. Results are given in minutes, where the Wii itself scores 17.53; meaning that anything scoring better than this is faster than an actual Wii for processing Wii code, albeit emulated. 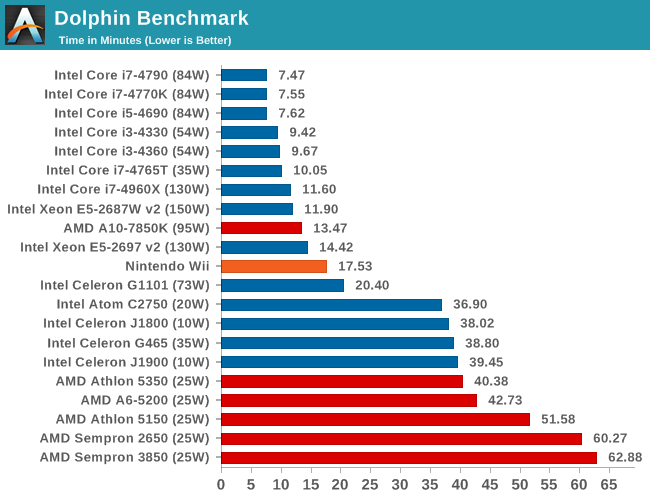