Because AMD is the first x86 CPU manufacturer to move their tablet focused processors into the socketed market along with low-cost motherboards, Intel has no direct comparative product.  We have to look to their Bay Trail-D SoC range which loses that upgradable functionality.  Competition between AMD and Intel on this front is a tit-for-tat operation, with each company focusing on their different strengths.  AMD’s integrated IGP aims to be more powerful than the equivalent Intel along with support for DDR3-1600 memory, as well as cheaper overall, however Intel can boast dual channel memory and a lower power output.

With all these differences between Kabini and Bay Trail, including price, power and cores/threads, it is hard to find Intel parts that accurately match each other. AMD has put the following in front of reviewers to provide a guide: 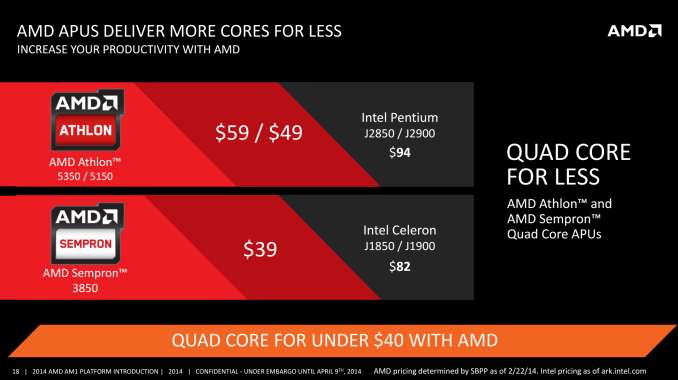 Also we can now directly compare pricing.  Take for example the two of the motherboards we had for this review, one J1900 and the other AM1 while equipping the system with an Athlon 5350: 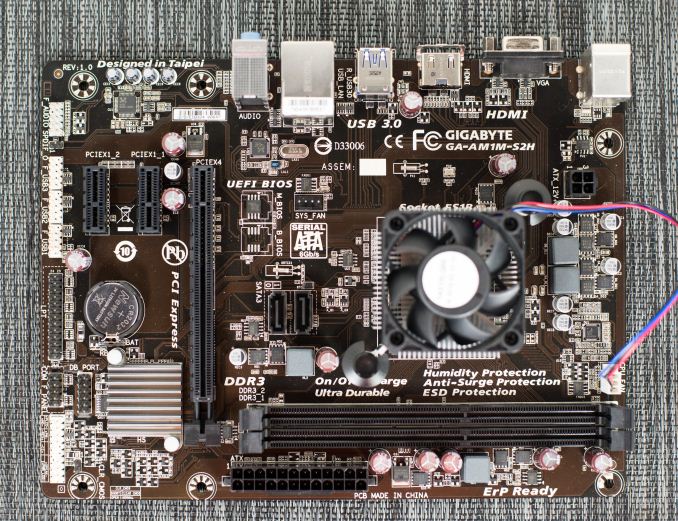 Totaling up the AMD components gives $100 vs $87 from Newegg, or £65 vs. £66 on Amazon UK, on the extreme high end of a Kabini AM1 setup.  Pricing is also influenced slightly by quoting the boxed version of the APU, rather than the OEM pricing that AMD likes to quote.

Our test setup is a follows:

Note that for our benchmark results we are also taking data from previous reviews done at AnandTech, including some of the higher powered mainstream systems.  Over time we have added benchmarks (such as SYSmark 2014) which are lacking some of the mid-range data. 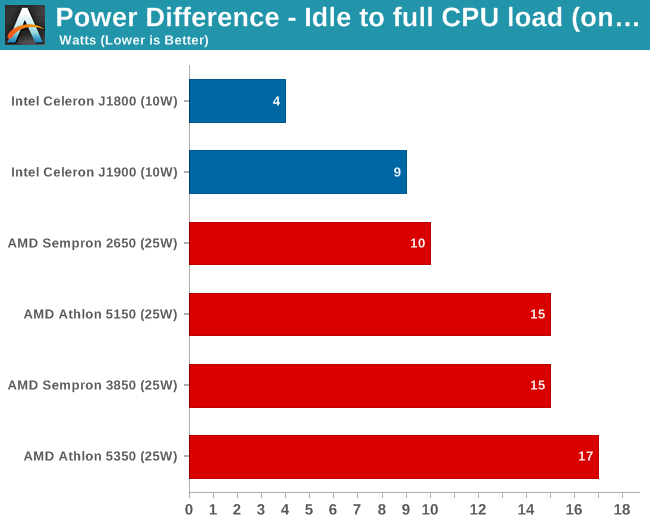 Because of the difference in TDP, the AMD APUs here use more energy, although all four comfortably use less than the 25W TDP.  The dual core especially only registered a 10W difference from idle to a full CPU load.