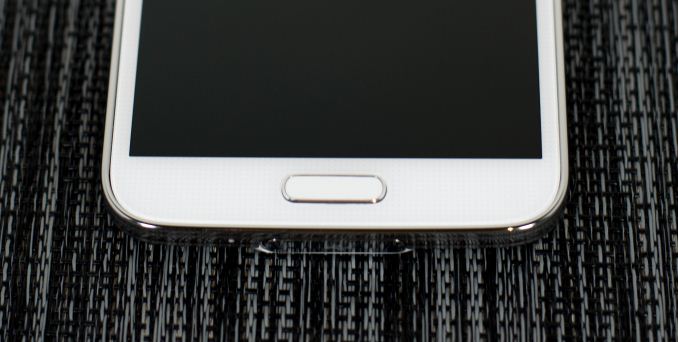 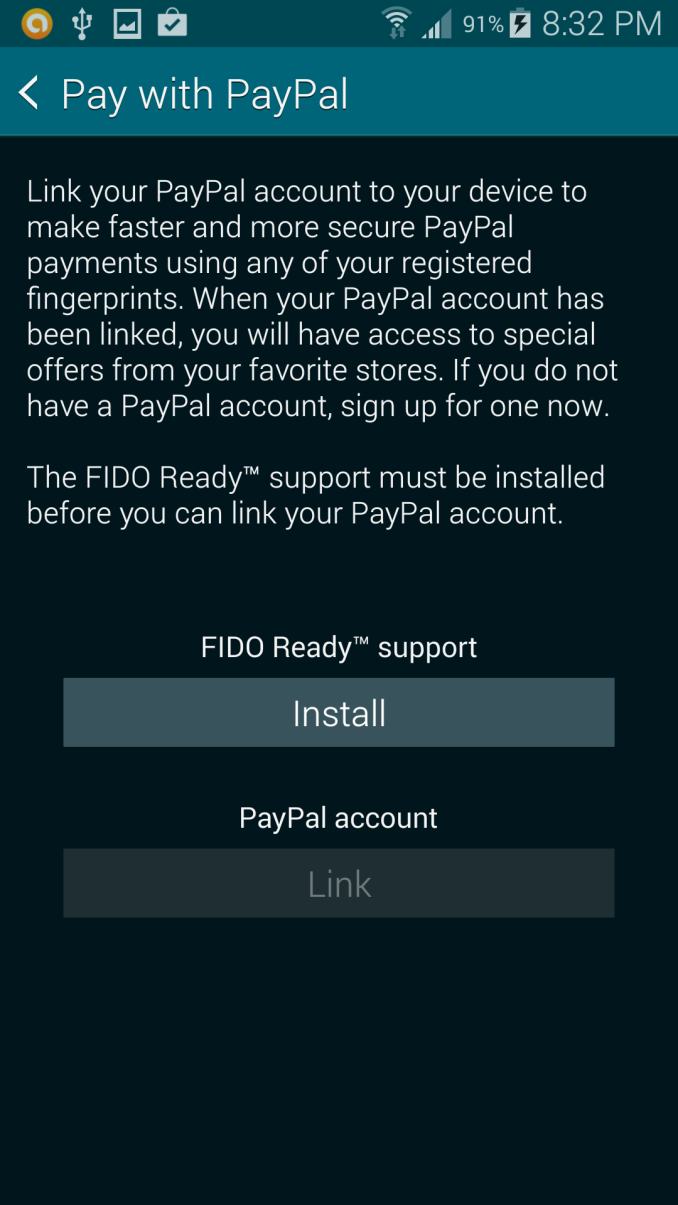 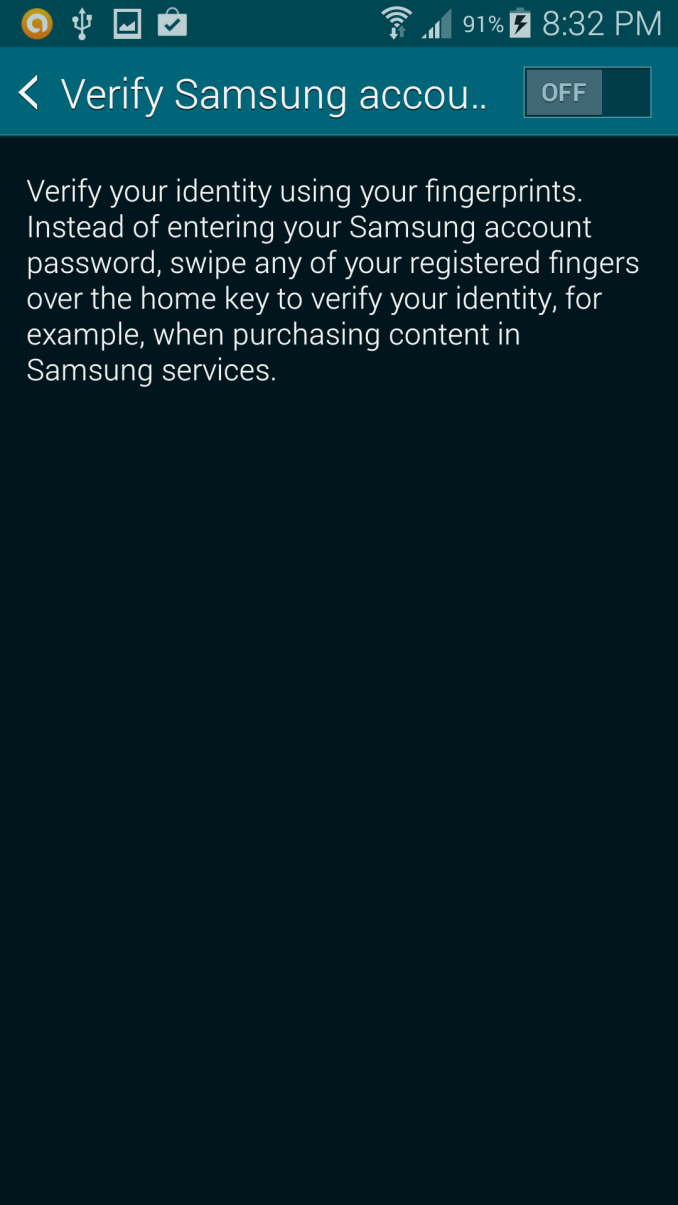 The fingerprint scanner is a high-DPI capacitive one based upon the Chipworks teardown, and in effect, is identical to the fingerprint scanner in the One max. The big difference is that it's integrated into the home button on the front of the phone as seen above, although based upon my experiences the home button is the only area with high precision capacitive sensing. The sensor detects features of the finger by measuring the effect that the dermis of the skin has on the electrostatic field that is generated by the touchscreen, and at sufficiently high resolution, the sensor can interpret the effect accurately enough that a map of the finger can be generated. 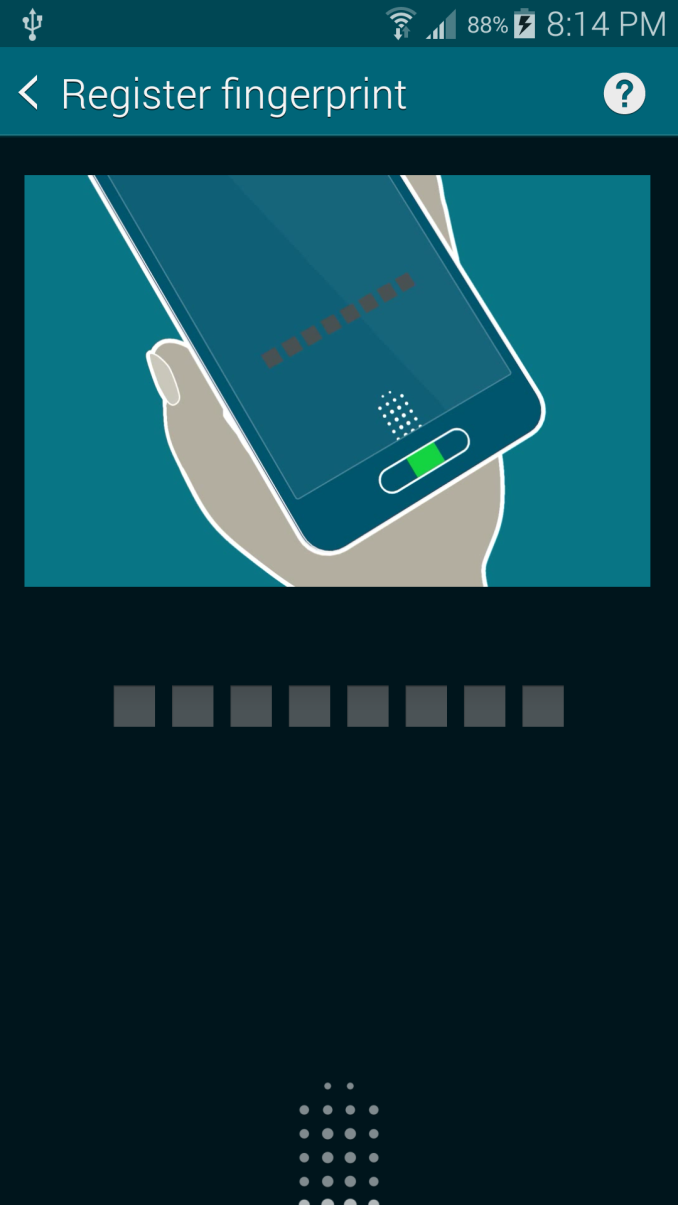 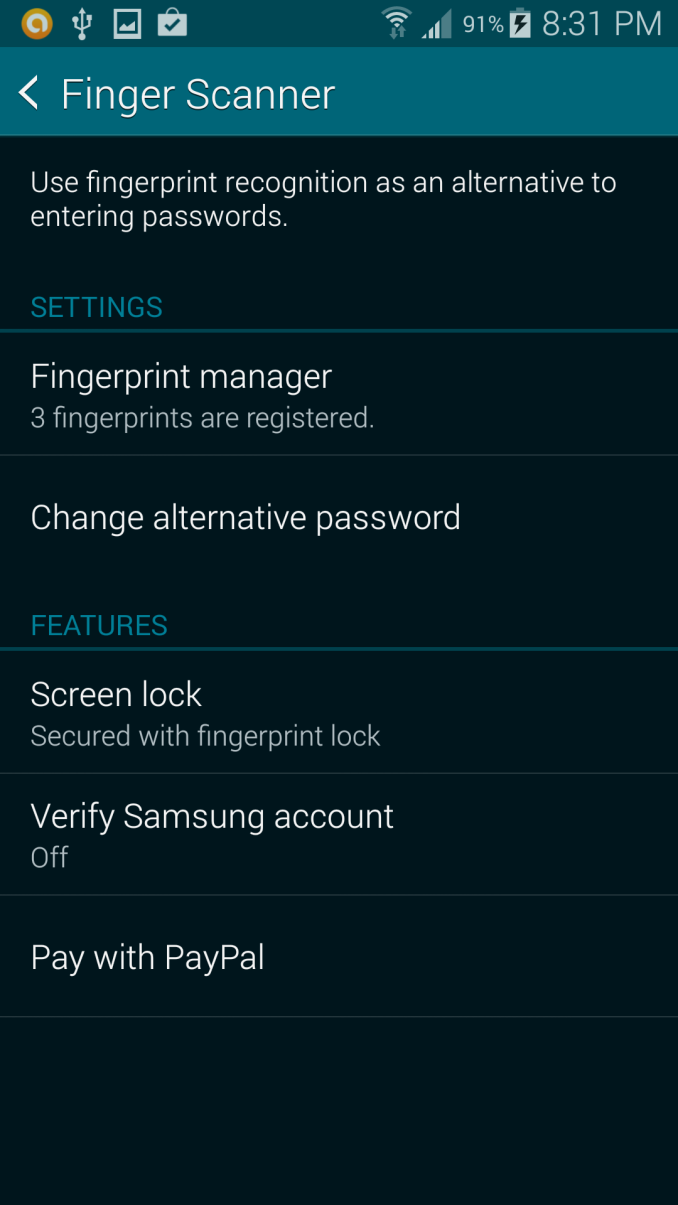 What is different from the One max is that it is much more difficult to use. The enrollment process is simple enough, and is accomplished by swiping eight times over the sensor as seen above (just like with TouchID, you can enroll multiple fingers in place of one by switching the digits you swipe with during the 8 swipe training process). After that, the fingerprint scanner can be used as a unlock method, along with the Paypal and Samsung Account login as previously stated. Where things get difficult is actually unlocking the phone. The sensor is simply too low to reasonably use with one hand, especially because the fingerprint scanner requires straight swipes with very little diagonal deviation. The scanner is also quite sensitive to swiping either too slow/fast or swiping at an inconsistent rate, and will often fail if the user is not consistent in swiping from enrollment to unlock. Enrolling the finger at multiple angles does help a bit with the issue, but it doesn't fundamentally change the experience.

It's pretty easy to adjust to the GS5's fingerprint sensor if you give up on the hope of a one hand unlock. If you're ok with swiping with another hand, the sensor works pretty well and is a great alternative to a long password.