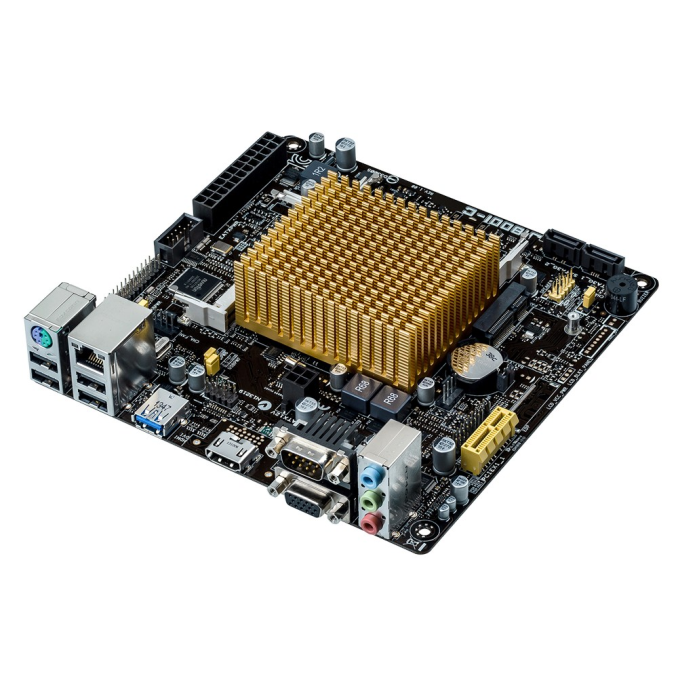 We previously reported on Bay Trail-D motherboards coming from ECS, GIGABYTE and Biostar, but today it is ASUS’ turn to add in a SKU to the mix.  The J1800I-C, like the others, uses a passive cooler on a mini-ITX motherboard.  Similar to ASUS’ recent styling on the mainstream segment, the J1800I-C heatsink comes in a gold color, and as the name suggests the motherboard uses the Celeron J1800 Silvermont based SoC.  This is a dual-core 2.41 GHz part, with turbo up to 2.58 GHz and a TDP of 10W.  The integrated GPU is a HD (Ivy Bridge) system at 688 MHz, which also has a turbo mode to 792 MHz. 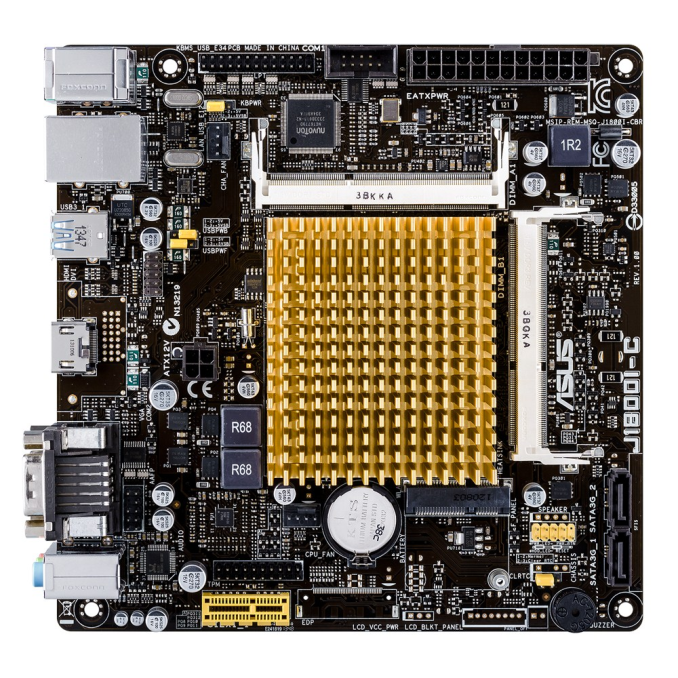 The motherboard uses two SO-DIMM slots, and the SoC is limited to 8GB of DDR3L-1333 MHz memory.  We also have a PCIe 2.0 x1 slot, a mini-PCIe slot, two SATA 3 Gbps ports, one USB 3.0 port, 6 USB 2.0 ports (4 back panel, one header) with also VGA and HDMI video outputs.  The motherboard has a COM header as well as two 4-pin fan headers.  Audio comes via a Realtek ALC887-VD codec, and the LAN is a Realtek RTL8111G gigabit Ethernet controller.  ASUS is keen to promote that even on this low end SKU, users have access to the ASUS graphical BIOS and features like AI Suite 3, USB 3.0 Boost and Fan Xpert.

Similar to other Bay Trail-D motherboards, we expect the J1800I-C to be around $65 at retail.  The focus on such a motherboard/SoC combination is usually integrated systems, such as digital signage, although it could equally be put forward for a low power small form factor system. 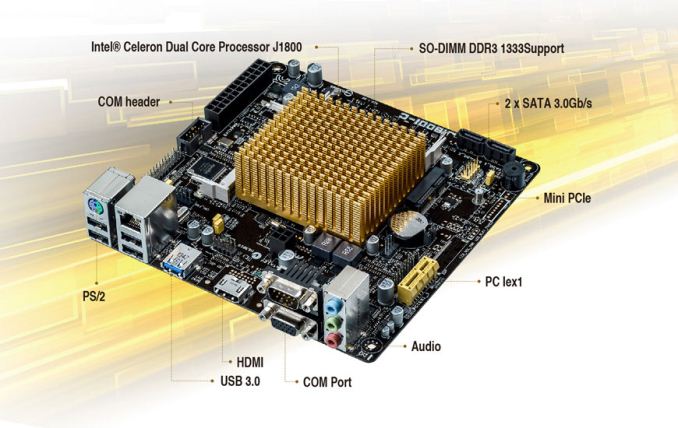