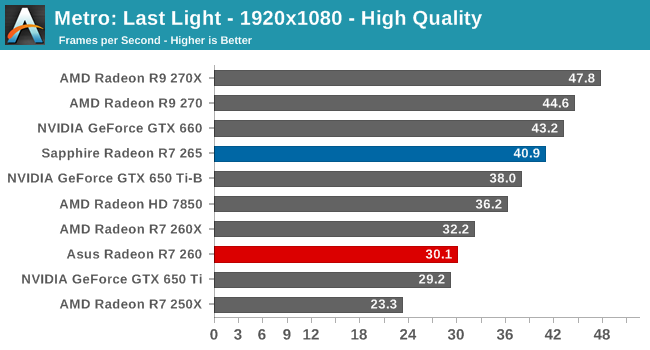 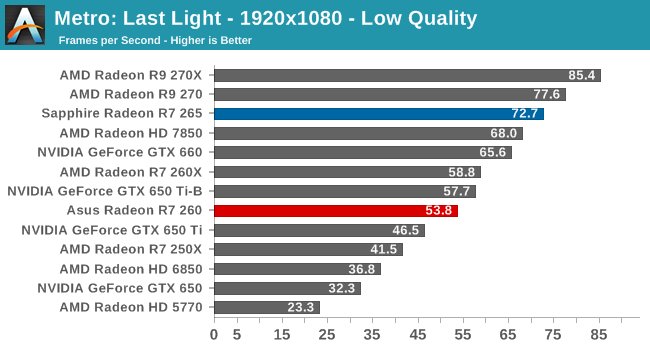 To that end, both of AMD’s new cards have little trouble hitting their goals under Metro. At high quality settings the R7 265 is within 6% of the GTX 660 while the R7 260 edges out the GTX 650 Ti. Meanwhile at lower quality settings, where both cards should be far more playable than the 30-40fps rates we saw at high quality, both cards easily surpass NVIDIA’s closest competitors.