Bringing this review to a close, we have an admittedly straightforward scenario to look at. As AMD has already shown their cards by launching all of their GPUs for this generation, these lower tier mainstream parts don’t pack any great surprises. But they do fill important roles in AMD’s product lineup and represent a general increase in the price-to-performance ratio for video cards within the $100-$150 mainstream market. Which is all the more important in light of AMD’s restructuring of the R7 260 series and its associated price cuts.

Short and to the point then, this is one of my favorite kind of articles to write. By reducing Radeon R7 260X prices along with introducing the Radeon R7 265 and Radeon R7 260, AMD will be increasing their performance in this entire segment to the benefit of all, full stop. The R7 260, R7 260X, and R7 265 form a very impressive trio of cards that at their new prices should help satisfy customers who have been looking to upgrade from pre-GCN cards but have been dissatisfied with the performance of AMD’s sub-$150 lineup thus far.

To that end, once it begins shipping at the end of this month the R7 265 will bring with it an extremely significant increase in performance compared to the existing R7 260X, and only for a small change in price. Altogether we’re looking at an average performance increase versus R7 260X of 24% for a $10 (7%) increase in price, a very clear improvement in AMD’s price-to-performance ratio for their best sub-$150 card. More remarkable yet, on a competitive basis the R7 265 will easily beat the best of NVIDIA’s current lineup, if only because it’s between NVIDIA cards, outperforming the GTX 650 Ti by 48% and even breaking even with the more expensive GTX 660. Consequently on a price/performance basis this is going to put AMD in a very good position and will make the R7 265 the card to get at $150. 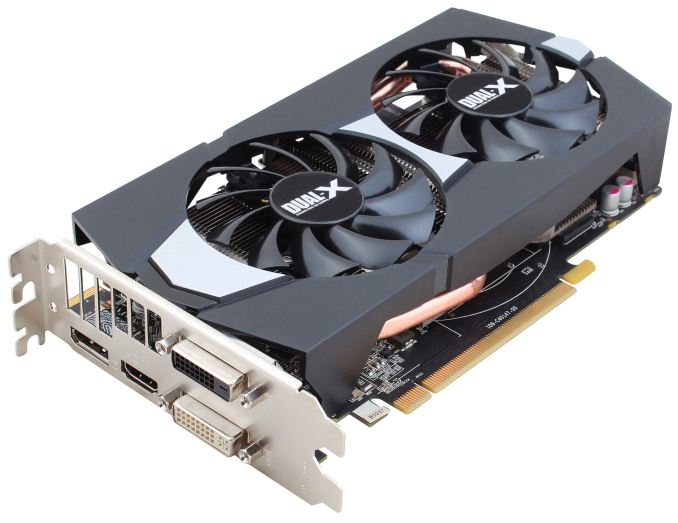 But with that said, AMD will be making the usual tradeoffs that come with reducing the prices of increasingly powerful cards, along with some new tradeoffs. Power consumption is going up slightly and power efficiency is going down slightly compared to the R7 260X and R9 270, as this is what usually happens in these situations. Meanwhile $150 AMD buyers will now be missing out on the feature benefits of GCN 1.1 such as TrueAudio, as R7 265’s Pitcairn GPU will not have that functionality present.

As for the R7 260, with the official launch already behind us this is less a discussion about what will be than what is. From a performance perspective the R7 260 nicely fills its intended (if narrow) role, slotting between the R7 250X and R7 260X. In fact R7 260 is a very significant step up given the circumstances, outperforming R7 250X by an average of 22% and even besting the GTX 650 Ti by 9%.

From a performance standpoint R7 260 is going to be extremely solid. The concern right now is that this is only the case if it is at its $109 MSRP. As strong as the card is right now, it’s too close to R7 260X in price for its 10% lower performance, and it’s in an especially bad spot if prices don’t finally come down once the R7 260X price cuts take effect. AMD and their partners are playing in an extremely price sensitive market with R7 260, so its success will depend on making sure it stays away from R7 260X.

Which brings us to our next point, which is pricing and availability. So long as AMD can ensure a solid supply and that retailers actually sell the R7 260 series cards at their MSRPs, then AMD is golden. However as we discussed in our introduction, the sketchy supply for the R9 270 series and the highly inflated prices leaves us worried as to whether AMD can deliver on their pricing promises at the moment. The biggest component of AMD’s restructuring of the R7 260 series is R7 265, and that’s the part that’s at greatest risk of being distorted since it uses the same Pitcairn GPU as the R9 270 series. Since the R7 265 won’t arrive for another two weeks anyhow we have plenty of time to wait and see how this progresses, and the hardware is solid regardless, but AMD does need to hit $149 with availability for all of this to work.

Speaking of two weeks, by allowing such a large gap between today’s product announcements and when those products will hit retail, AMD is showing their hand to consumers and NVIDIA alike relatively early. As hyper-competitive as the sub-$150 market is – keep in mind that in terms of volume, the majority of AMD’s sales are sub-$150 – major price cuts and new product launches do not go unnoticed or left without a response. So it will be interesting to see what, if anything, NVIDIA does to counter AMD’s restructuring of the R7 260 series. 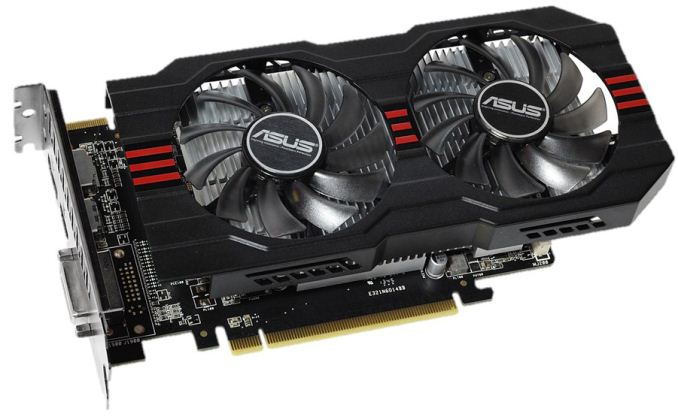 Finally, let’s quickly recap our two board partner cards, Sapphire’s R7 265 and Asus’s R7 260. As far as performance is concerned both of these are stock cards, so there’s little to say regarding their performance that hasn’t been said above. As for their customizations and designs as it relates to build quality and cooling, both look to be very capable contenders. Most importantly, both cards had no problem hitting a proper balance between temperatures and acoustics, offering great temperatures with very low noise levels. We’ll see what other partners’ cards bring in due time once more cards launch, but it’s clear that neither card is going to be easy to beat.