Reports from ISSCC are coming out that Intel is preparing to launch a 15-core Xeon CPU.  The 15-core model was postulated before Ivy Bridge-E launch, along with 12-core and 10-core models – the latter two are currently on the market but Intel was rather silent on the 15-core SKU, presumably because it harder to manufacturer one with the right voltage characteristics.  Releasing a 15-core SKU is a little odd, and one would assume is most likely a 16-core model with one of the cores disabled – based on Intel’s history I doubt this core will be able to be re-enabled should the silicon still work. I just received the official documents and the 15 core SKU is natively 15-core.

Information from the original source on the top end CPU is as follows:

Judging by the available information, it would seem that Intel are preparing a stack of ‘Ivytown’ processors along this design, and thus a range of Xeon E7 processors, from 1.4 GHz to 3.8 GHz, drawing between 40W and 150W, similar to the Xeon E5 v2 range.

Predictions have Ivytown to be announced next week, with these details being part of the ISSCC conference talks.  In comparison to some of the other Xeon CPUs available, as well as the last generation:

All this is tentative until Intel makes a formal announcement, but there is clearly room at the high end.  The tradeoff is always between core density and frequency, with the higher frequency models having lower core counts in order to offset power usage.  If we get more information from ISSCC we will let you know.

Update: Now I have time to study the document supplied by Intel for ISSCC, we can confirm the 15-core model with 37.5 MB L3 cache, using 22nm Hi-K metal-gate tri-gate 22nm CMOS with 9 metal layers.  All the Ivytown processors will be harvested from a single die: 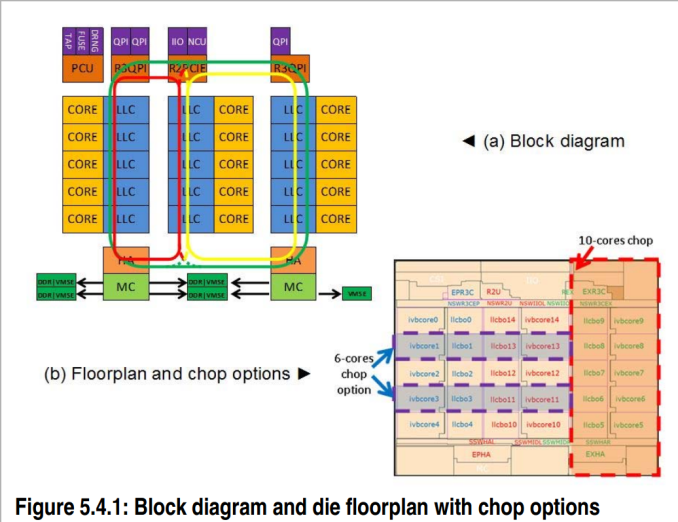 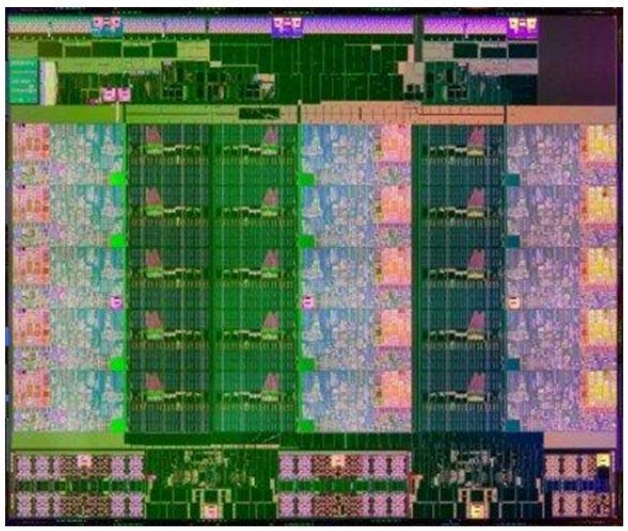 The design itself is capable of 40W to 150W, with 1.4 GHz to 3.8 GHz speeds capable.  The L3 cache has 15x 2.5MB slices, and data arrays use 0.108µm2 cells with in-line double-error-correction and triple-error-detection (DECTED) with variable latency.  The CPU uses three clock domains as well as five voltage domains: 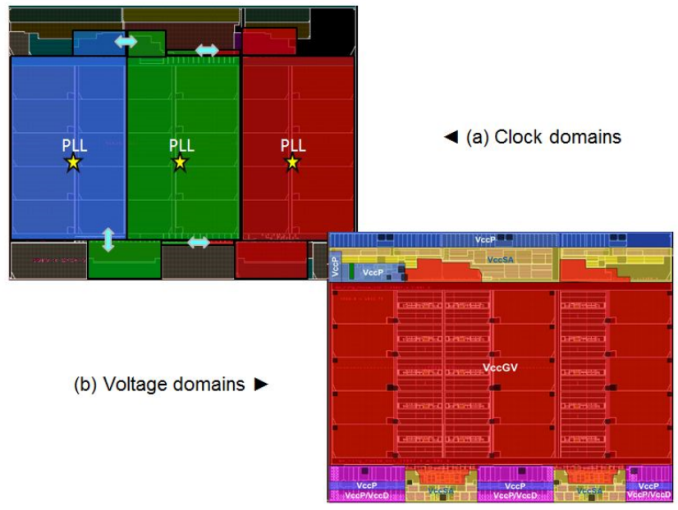 Level shifters are placed between the voltage domains, and the design uses lower-leakage transistors in non-timing-critical paths, acheving 63% use in the cors and 90% in non-core area.  Overall, leakage is ~22% of the total power.

The CPUs are indeed LGA2011 (the shift from Westmere-EX, skipping over Sandy Bridge, should make it seem more plausible), and come in a 52.5x51.0mm package with four DDR3 channels.  That would make the package 2677 mm2, similar to known Ivy Bridge-E Xeon CPUs.