NVIDIA’s challenge with Tegra has always been getting design wins. In the past NVIDIA offered quirky alternatives to Qualcomm, most of the time at a more attractive price point. With Tegra K1, NVIDIA offers a substantial feature and performance advantage thanks to its mobile Kepler GPU. I still don’t anticipate broad adoption in the phone space. If NVIDIA sees even some traction among Android tablets that’s enough to get to the next phase, which is trying to get some previous generation console titles ported over to the platform.

NVIDIA finally has the hardware necessary to give me what I’ve wanted ever since SoC vendors first started focusing on improving GPU performance: the ability to run Xbox 360 class titles in mobile. With Tegra K1 the problem goes from being a user interface, hardware and business problem to mostly a business problem. Android support for game controllers is reasonable enough, and K1 more or less fixes the hardware limitations, leaving only the question of how do game developers make enough money to justify the effort of porting. I suspect if we’re talking about moving over a library of existing titles that have already been substantially monetized, there doesn’t need to be all that much convincing. NVIDIA claims it’s already engaged with many game developers on this front, but I do believe it’ll still be an uphill battle. 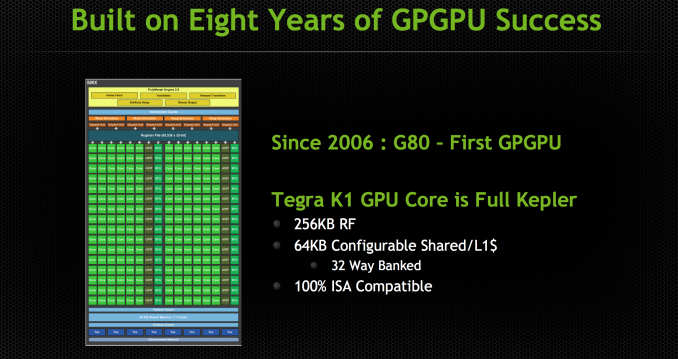 If I were in Microsoft’s shoes, I’d view Tegra K1 as an opportunity to revolutionize my mobile strategy. Give users the ability to run games like Grand Theft Auto V on a mobile device in the not too distant future and you’ve now made your devices more interesting to a large group of users. I don’t anticipate many wanting to struggle to play console games on a 5-inch touchscreen, but with a good controller dock (or tablet with a kickstand + wireless controller) the interface problem goes away.

For the first time I’m really excited about an NVIDIA SoC. It took the company five generations to get here, but we finally have an example of NVIDIA doing what it’s really good at (making high performance GPUs) in mobile. NVIDIA will surely update its Tegra Note 7 to a Tegra K1 version (most of its demos were run in a Tegra Note 7 chassis), but even if that and Shield are the best we get the impact on the rest of the market will be huge. With Tegra K1, NVIDIA really raised the bar on the GPU performance. 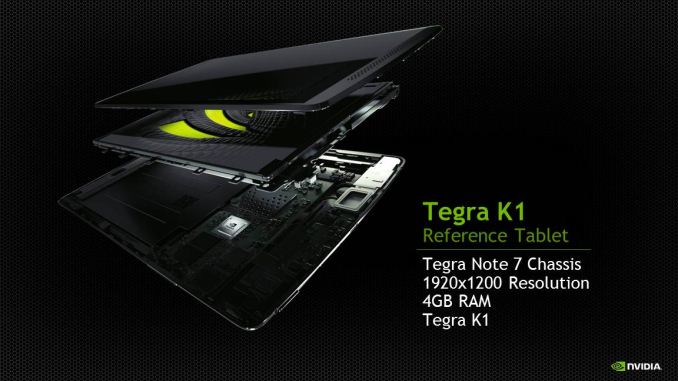 The CPU side, at least for the Cortex A15 version is less interesting to me. ARM’s Cortex A15, particularly at high clocks, has proven to be a decent fit for tablets. I am curious to see how the Denver version of Tegra K1 turns out. If the rumors are true, Denver could very well be one of the biggest risks we’ve seen taken in pursuit of building a low power mobile CPU. I am eager to see how this one plays out. 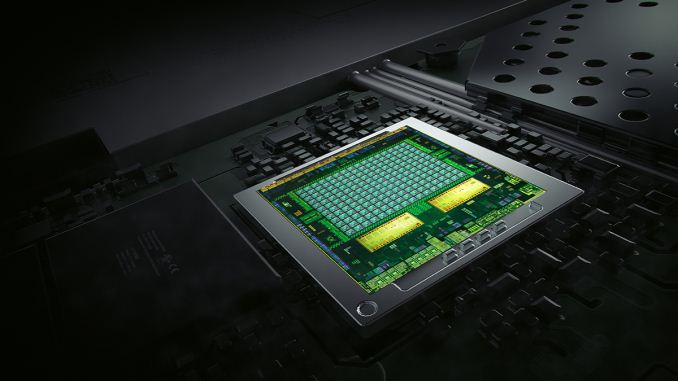 Finally: two big cores instead of a silly number of tiny cores

NVIDIA hasn’t had the best track record of meeting shipping goals on previous Tegra designs. I really hope we see Tegra K1, particularly the Denver version, ship on time (although I'm highly doubtful this will happen - new custom CPU core, GPU and process all at the same time?). I’m very eager not only for an install base of mobile devices with console-class GPUs to start building, but also to see what Denver can do. I suspect we’ll find out more at GTC about the latter. It’s things like Tegra K1 that really make covering the mobile space exciting.