The second strategy game in our benchmark suite, Total War: Rome 2 is the latest game in the Total War franchise. Total War games have traditionally been a mix of CPU and GPU bottlenecks, so it takes a good system on both ends of the equation to do well here. In this case the game comes with a built-in benchmark that plays out over a forested area with a large number of units, definitely stressing the GPU in particular.

For this game in particular we’ve also gone and turned down the shadows to medium. Rome’s shadows are extremely CPU intensive (as opposed to GPU intensive), so this keeps us from CPU bottlenecking nearly as easily. 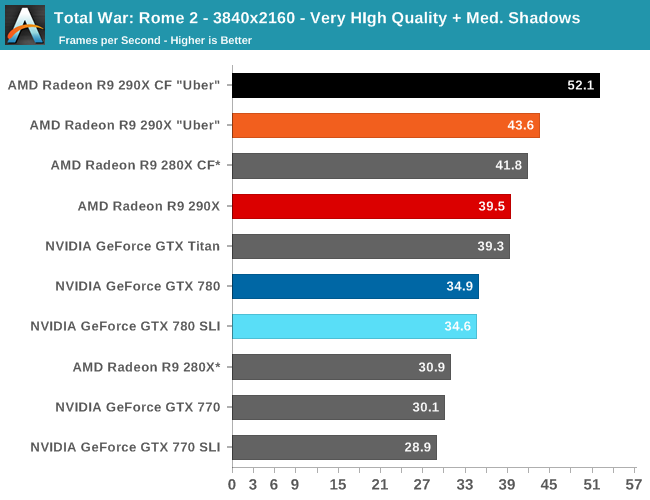 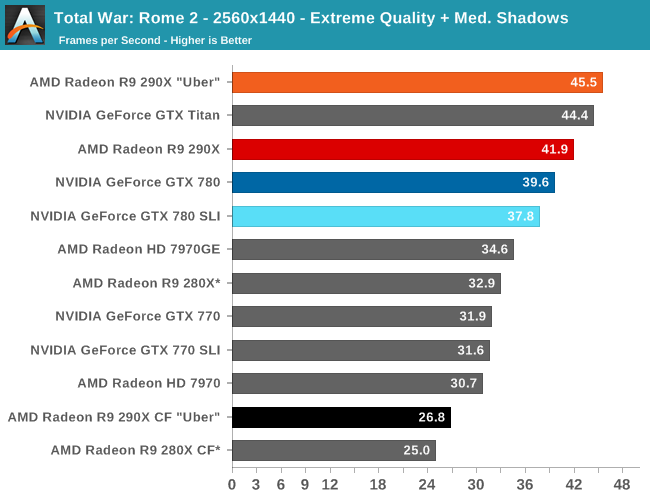 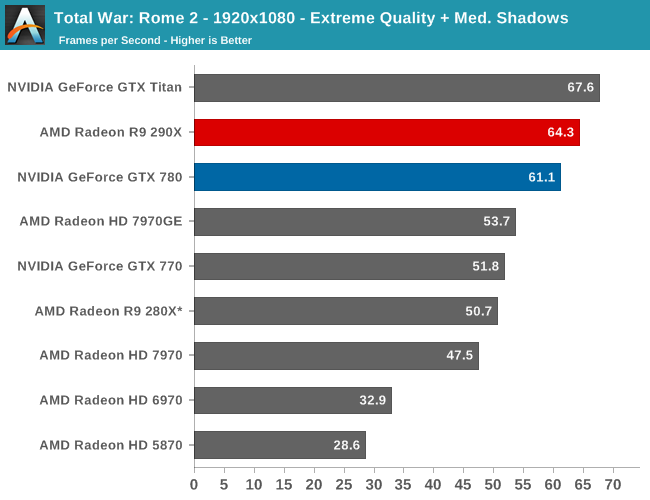 With Rome 2 no one is getting 60fps at 2560, but then again as a strategy game it’s hardly necessary. In which case the 290X once again beats the GTX 780 by a smaller than average 6%, essentially sitting in the middle of the gap between the GTX 780 and GTX Titan.

Meanwhile at 4K we can actually get some relatively strong results out of even our single card configurations, but we have to drop our settings down by 2 notches to Very High to do so. Though like all of our 4K game tests, it turns out well for AMD, with the 290X’s lead growing to 13%.

AFR performance is a completely different matter though. It’s not unusual for strategy games to scale poorly or not at all, but Rome 2 is different yet. The GTX 780 SLI consistently doesn’t scale at all, however with the 290X CF we see anything from massive negative scaling at 2560 to a small performance gain at 4K. Given the nature of the game we weren’t expecting anything here at all, and though getting any scaling is a nice turn of events to have negative scaling like this is a bit embarrassing for AMD. At least NVIDIA can claim to be more consistent here. 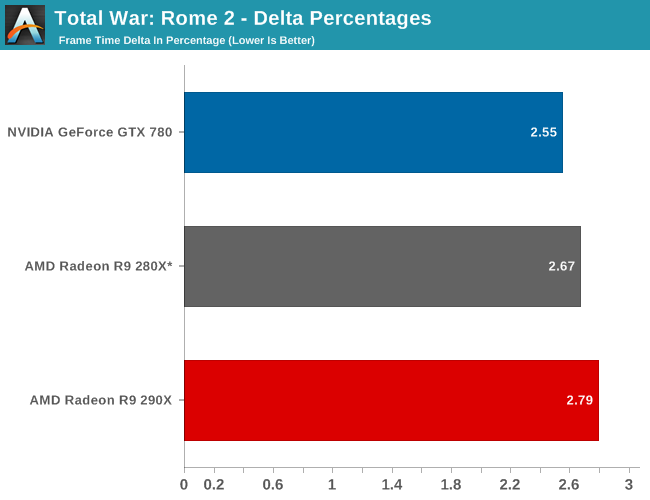 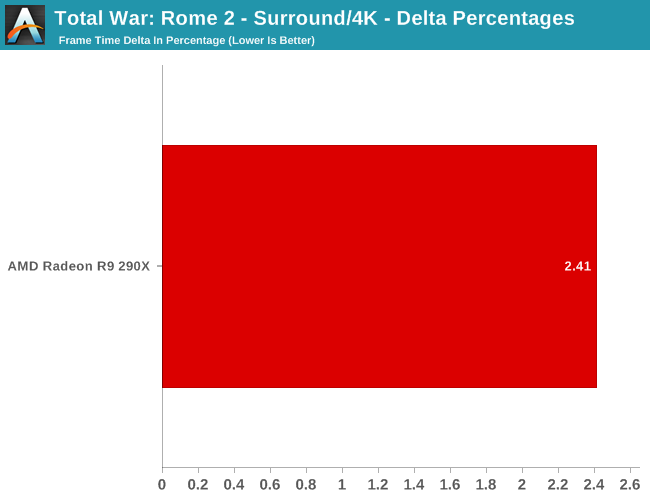 Without working AFR scaling, our deltas are limited to single-GPU configurations and as a result are unremarkable. Sub-3% for everyone, everywhere, which is a solid result for any single-GPU setup.