Kicking off our look at performance is 4A Games’ latest entry in their Metro series of subterranean shooters, Metro: Last Light. The original Metro: 2033 was a graphically punishing game for its time and Metro: Last Light is in its own right too. On the other hand it scales well with resolution and quality settings, so it’s still playable on lower end hardware. 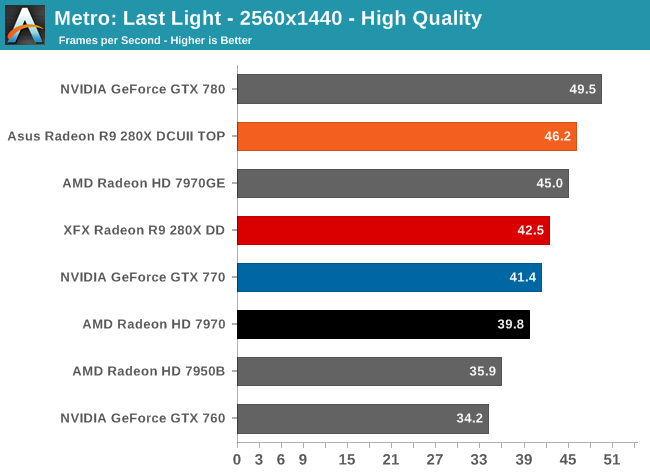 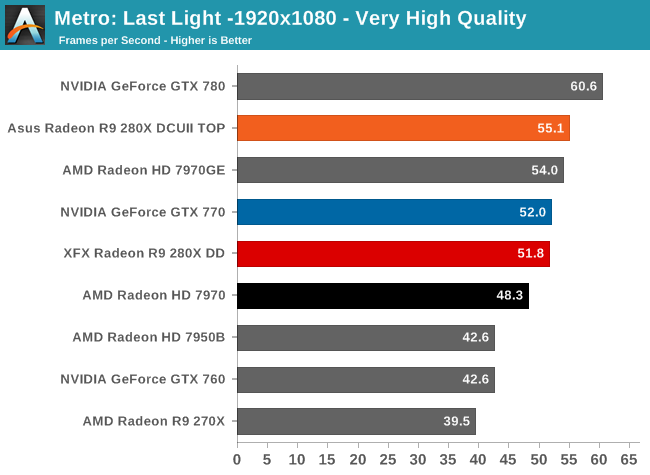 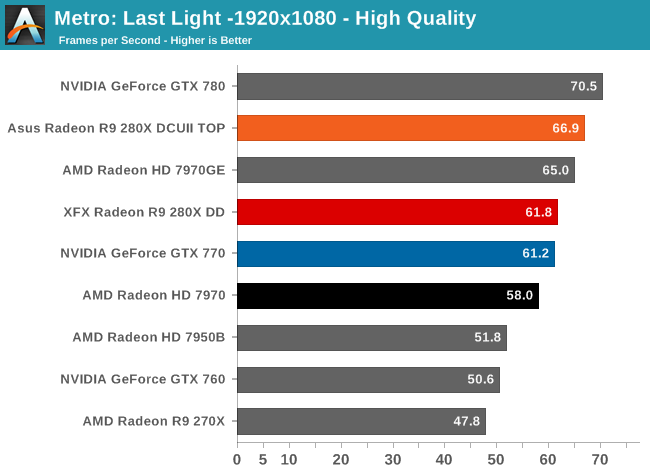 The first benchmark in our revised benchmark suite finds our 280X cards doing well for themselves, and surprisingly not all that far off from the final averages. Setting the baseline here, as we expected the Tahiti based 280X performs in between the original 7970 and 7970 GHz Edition, thanks to the 280X’s use of PowerTune Boost but at lower clockspeeds than the 7970GE. Consequently this isn’t performance we haven’t seen before, but it’s very much worth keeping in mind that the 7970GE was a $400 card while the 280X is a $300 card, so approaching the 7970GE for $100 less is something of a significant price cut for the performance.

As for the immediate competitive comparison, we’ll be paying particular attention to 2560x1440, which should be the sweet spot resolution for this card. At 2560 we can see that the reference clocked 280X doesn’t just hang with the $400 GTX 770 but actually manages to edge it out by just over a frame per second. As a preface we’re going to see these two cards go back and forth throughout our benchmarks, but to be able to directly compete with NVIDIA’s fastest GK104 card for $100 less is a significant accomplishment for AMD.