The Drivers, The Test & Our New Testbed

With the product introductions and specifications out of the way, let’s dive into the test. 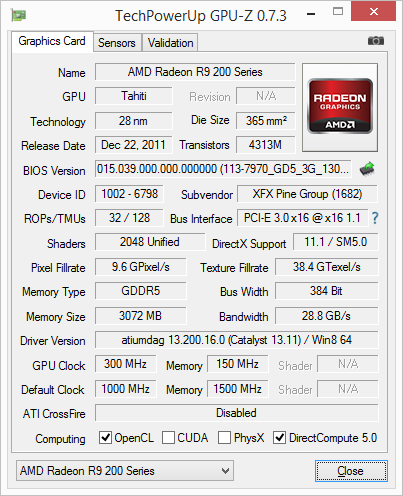 Note that this also means that these drivers also only contain Phase 1 of AMD’s Crossfire frame pacing fixes. This means frame pacing for Crossfire for single monitor displays is fully implemented, however frame pacing for multi monitor displays and 4K displays is not. Based on AMD’s most recent comments a fix is not expected until November, and while we don’t seriously see owners settling down to run Eyefinity or 4K displays off of 280X in CF – at least not until 290X arrives for evaluation – it’s unfortunate AMD wasn’t able to get this problem fixed in time for the 200 series launch.

Moving on, this article will mark the debut of our new testbed and benchmark suite. Both were due for a refresh so we’re doing so in conjunction with the launch of the 200 series. 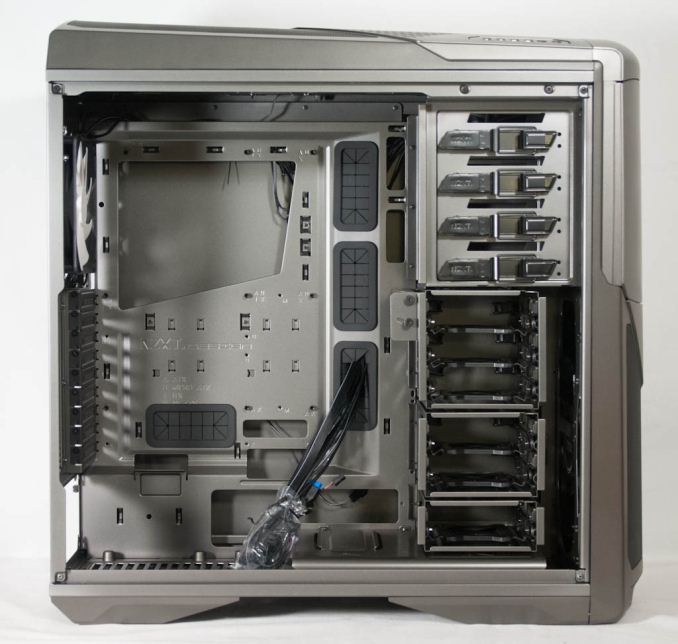 For our testbed we have done a complete overhaul, the first one in 4 years. The trusty Thermaltake Spedo case that has been the skeleton of our testbed has been replaced with an NZXT Phantom 630. Similarly we’ve gone and replaced all of the internal components too; an IVB-E based 4960X operating at 4.2GHz for 40 lanes of validated PCIe 3.0 functionality, an ASRock Fatal1ty X79 Professional motherboard to operate our cards on, and 32GB of G.Skill’s lowest latency (CAS 9) DDR3-1866 RAM. Meanwhile storage is being backed by a Samsung 840 EVO 750GB, and power via a Corsair AX1200i PSU. Finally cooling is handled by a Corsair H110 closed loop cooler, and meanwhile the Phantom 630 leaves an open fan mount for us to tinker with closed loop GPU coolers (such as the Asus ARES II) in the future.

As for the new benchmark suite, we’ve gone through and appropriately updated our games list. New to the GPU 14 test suite are Company of Heroes 2, Total War: Rome 2, GRID 2, and Metro: Last Light (ed: Metro 2). With the holiday games season upon us, we expect to add at least one more game, along with swapping out Battlefield 3 for Battlefield 4 shortly after that is released.

Finally, though we won’t make use of its 4K capabilities in this review given the limited performance of R9 280X, Asus sent over one of their new PQ321 monitors for our testing needs. While still very much bleeding edge, we’ll be taking a look at 4K performance in the near future as appropriate cards arrive.