Bringing this review to a close, as we mentioned back at the beginning of this article the initial launch of the Radeon 200 series was something of a warm-up act. AMD’s Big Kahuna, R9 290X, is not yet here and will be a story of its own. But in the meantime the company has laid out their plans to kick off 2014 and the rest of the products they intend to do it with.

Ultimately as far as performance is concerned there’s not a lot to say here. As a refresh of the existing Tahiti, Pitcairn, and Bonaire GPUs and the products based on them, the performance of the resulting cards compared to their immediate predecessors is only a few percent better on average. What AMD is doing is more than putting on a new coat of paint on the 7000 series but at the same time let’s be clear here: these products are still largely unchanged from the products we’ve seen almost 2 years ago.

If nothing else, today’s launch is a consolidation of products and a formalization of prices. The number of products based on the existing GPUs has been cut down significantly, as there’s now only 1 card per GPU as opposed to 2-3. Meanwhile AMD gets to formally set lower prices on existing products, and in the process redefine what’s high-end, what’s enthusiast, and what’s mainstream, as opposed to trying to flog cards like the 7970 as sub-$300 enthusiast parts. So in one sense it’s a price cut with a twist, ending with AMD officially bringing down prices to roughly where you’d expect them to be nearly two years in.

Of course the fact that AMD also needs to get rid of the 7000 series at the same time isn’t going to do them any favors. There’s no getting around the fact that similar 7000 series products are going to be equal to or cheaper than 200 series products, at least for the immediate launch. Once those supplies dry up however the 200 series will settle into a more typical product stratification, including AMD’s partners reacting to competitive pressure and adjusting prices and bundles accordingly. Similarly, once that’s done we’d fully expect to see the return of the Never Settle Forever program for these cards. 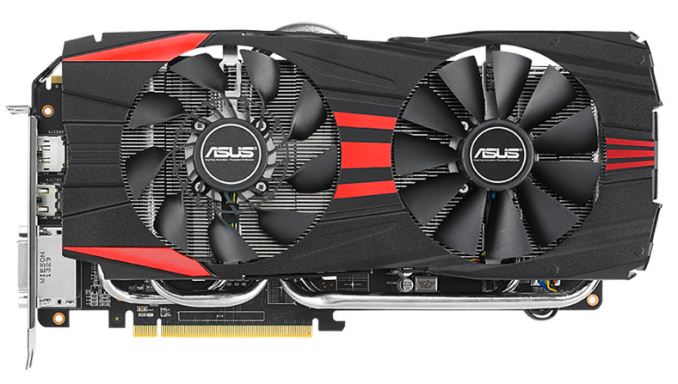 Along those lines, the fact of the matter is that even with a new name and formally lower prices this is going to be a tough market for AMD. NVIDIA isn’t taking this lightly and while they haven’t seen the need to cut prices on parts like the GTX 770 and GTX 760 – due in part to the fact that AMD’s products are occupying the significant price gaps between them – in the hyper-competitive sub-$200 market NVIDIA has already lowered prices.  The players haven’t changed and the game hasn’t changed, only the location has.

With that said, given AMD’s current pricing and performance they seem to have done a good job picking a favorable location. In previous times AMD would go up against the $400 GTX 770 with their similarly priced 7970GE; now they're doing so with the slightly slower R9 280X, priced at $100 less. Consequently NVIDIA has the slightest edge of about 5% on our new benchmark suite, but it’s close; much closer than a $300 card should be. On a pure price/performance basis then the R9 280X is not to be ignored, as it’s going to come within a few percent of GTX 770 – depending on the game of course – for $100 less. Those are big savings that are hard to argue with and will help make R9 280X a “win” for AMD.

The wrinkle in all of this math of course is going to be custom cards. As impressive as the 280X is at stock, as represented by XFX’s Radeon R9 280X Double Dissipation, for all of $10 over MSRP Asus has put together one whopper of a card with the Radeon R9 280X DirectCU II TOP. Owing to Asus’s over-the-top design it’s absurdly quiet under load while delivering performance 7% better than a stock clocked R9 280X, and in fact is powerful enough to edge out a GTX 770. And did we mention it’s $309? The fact that Asus seems to have gone a bit high on power consumption means it’s going to take a bit more to drive this than the typical R9 280X, but with Asus having controlled load temperatures and noise so well we aren’t having to make the usual noise/performance tradeoffs that overclocked cards traditionally come with. The XFX card in that respect, though completely solid on its own, is significantly overshadowed by Asus’s offering.

Hardware aside, what AMD is doing with the R9 280X and the 200 series as a whole is going to be worth keeping an eye on. AMD’s Mantle API initiative has a lot of promise behind it, but we’re going to have to see what the company has to say in November and what the launch of Mantle-enabled games bring before passing judgment. We’re purposely tempering our performance expectations here, keeping in mind that not every game and every scenario is bottlenecked by those things a low-level API can help with. However the claims are sound and they’ve picked up a very good showcase title in Battlefield 4, so we shall have to see what AMD delivers with.

Along those same lines, TrueAudio for its part has captured our complete attention, again warranting enthusiasm with a wait-and-see approach. It’s a shame AMD had to introduce this technology in a half-supported manner, leaving cards like the 280X without it. But on the whole the technology and the larger initiative shows a lot of promise, contingent of course on getting developers to use it. As a headphones gamer in particular I am extremely interested in seeing this take off so that we can finally resume making progress on 3D audio, as what AMD has presented is what I believe will be the first real shot at that in the better part of half of a decade.