Jumping into compute, as with our synthetic benchmarks we aren’t expecting too much new here. Outside of DirectCompute GK104 is generally a poor compute GPU, which makes everything very easy for the Tahiti based 280X. At the same time compute is still a secondary function for these products, so while important the price cuts that go with the 280X are not quite as meaningful here. 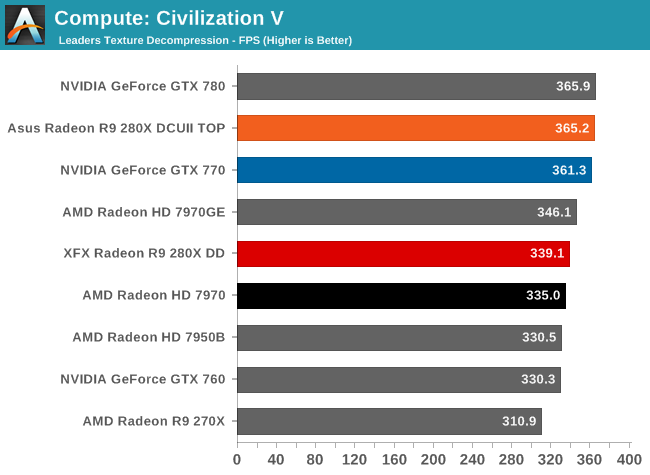 With Civilization V we’re finding that virtually every high-end GPU is running into the same bottleneck. We’ve reached the point where even GPU texture compression is CPU-bound. 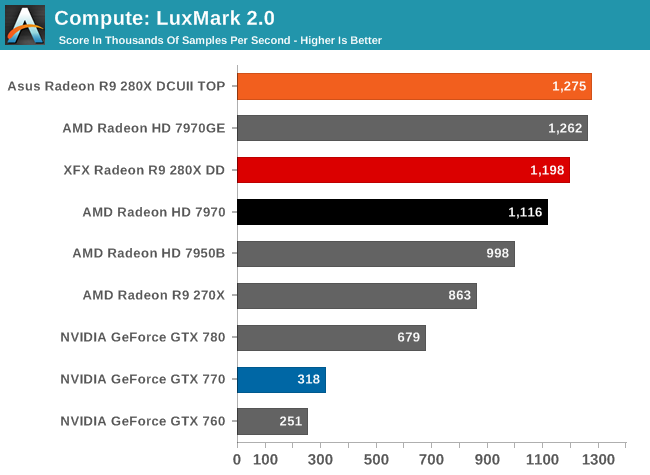 AMD simply rules the roost when it comes to LuxMark, so the only thing close to 280X here are other Tahiti parts. 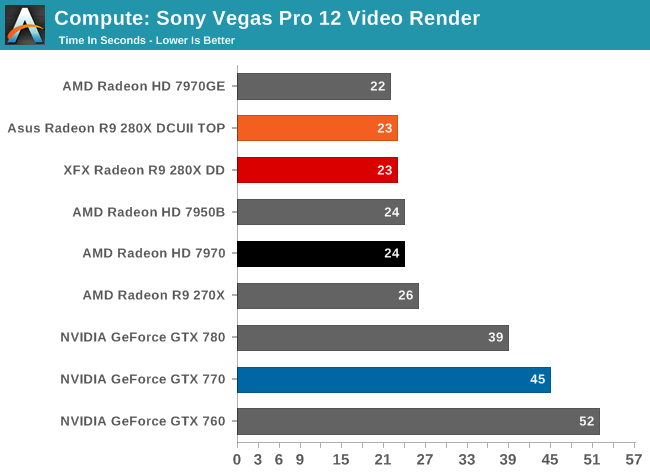 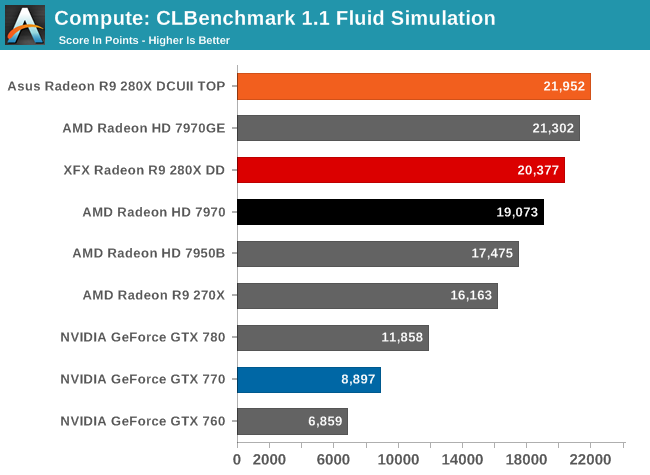 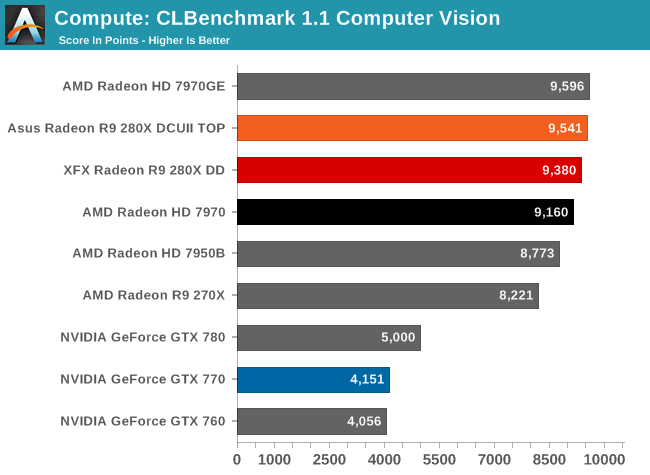 Despite the significant differences in these two workloads, in both cases 280X comes out easily on top. 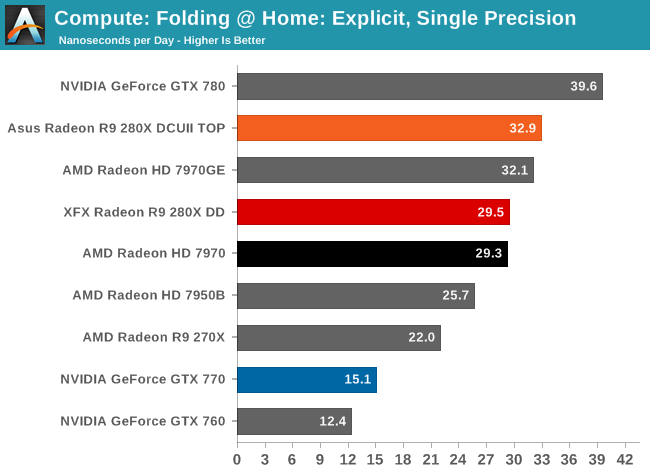 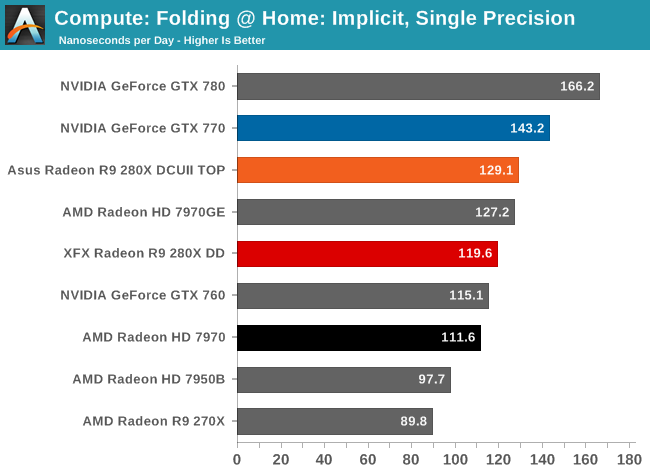 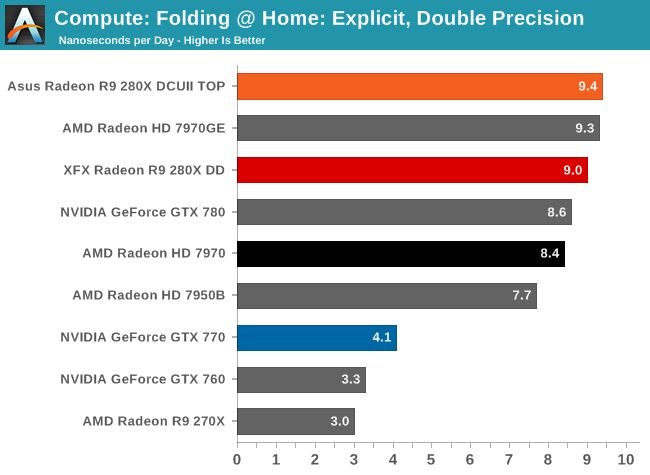 Depending on the mode and the precision, we can have wildly different results. The 280X does well in FP32 explicit, for example, but in implicit mode the 280X is now caught between the GTX 770 and GTX 760. But if we move to double precision then AMD’s native ¼ FP64 execution speed gives them a significant advantage here. 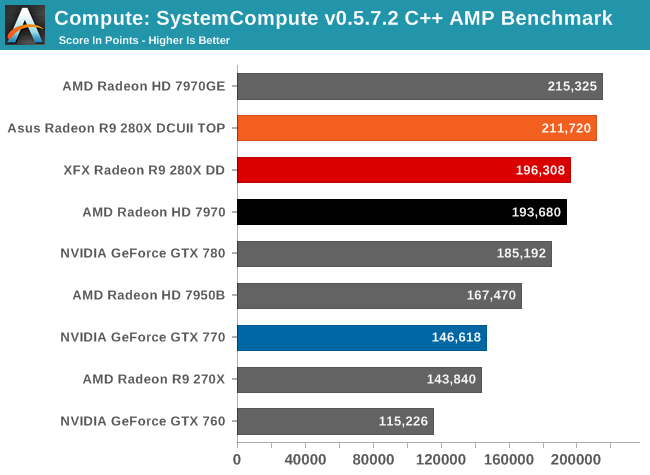 Although not by any means a blowout, yet again the 280X vies for the top here. When it comes to compute, the Tahiti based 280X is generally unopposed by anything in its price range.