As always we’ll also take a quick look at synthetic performance, though as 280X is just another Tahiti card, there shouldn't be any surprises here. These tests are mostly for comparing cards from within a manufacturer, as opposed to directly comparing AMD and NVIDIA cards. We’ll start with a quick look at tessellation performance with TessMark. 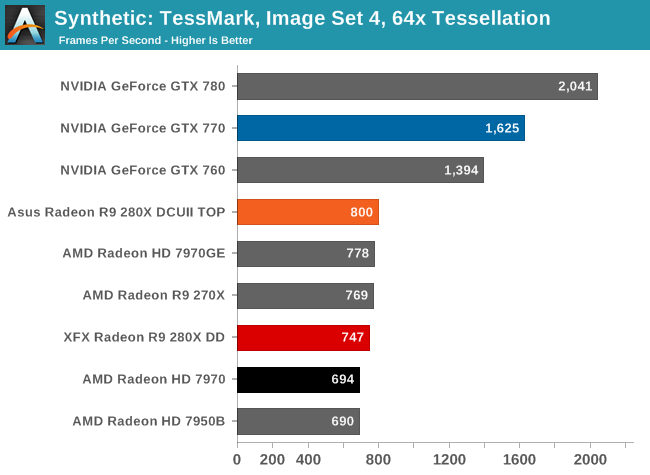 If nothing else, TessMark quickly confirms that our 280X is boosting to near its boost clock here, judging from the performance advantage over the 925MHz 7970. 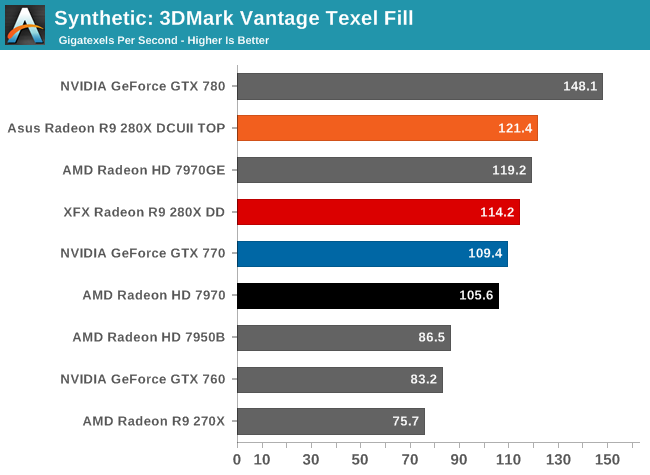 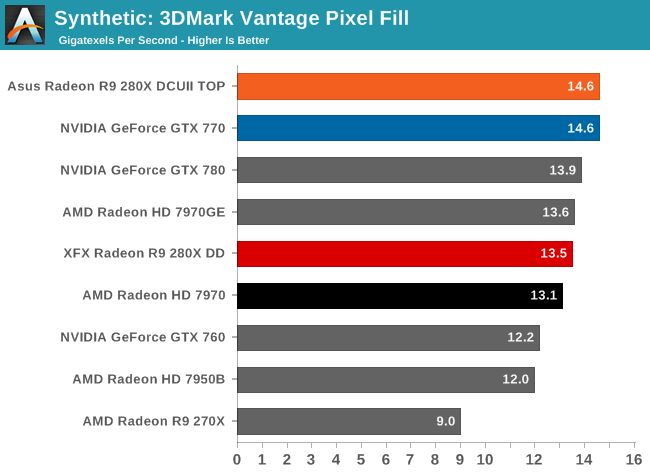 3DMark Vantage’s pixel and fillrate tests quickly serve as proxy tests for GPU and memory clockspeeds in this case. Both of which of course put the 280X at very close to the 7970GE in performance.