It's immediately apparent that there's a bit of panic around what happens as the smartphone/tablet markets mature. The incredible growth the leaders in those industries enjoyed over the past few years is addictive, and no one wants to be late to move onto the next thing. Wearables are an obvious target - the incredible amount of attention paid to Google Glass being proof that there is interest, should someone be able to get the formula right. 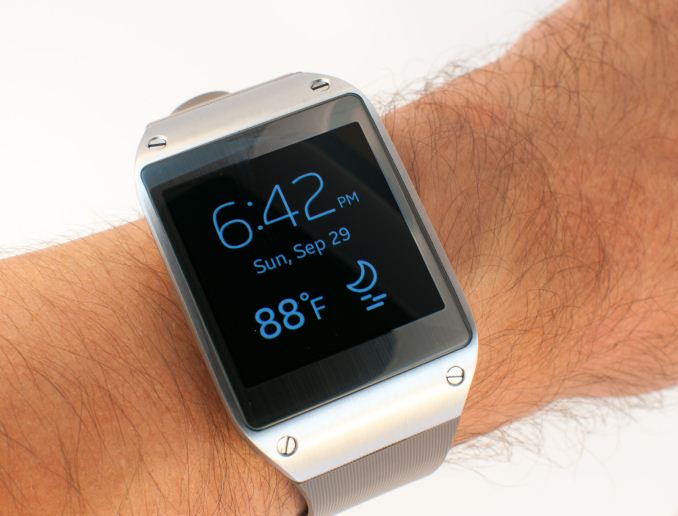 We've seen many attempts at building smarter watches over the years. Adding functionality to something you already wear seems logical, plus there's historical precedent here (calculator watches from the 80s come to mind). As lofty as the upside is, there's an equally depressing downside however. The stylish, most adored watches aren't those that have a ton of extra functionality added onto them. That's not to say that the two goals are orthogonal, just that industrial design matters even more with a wearable than it does with a smartphone. 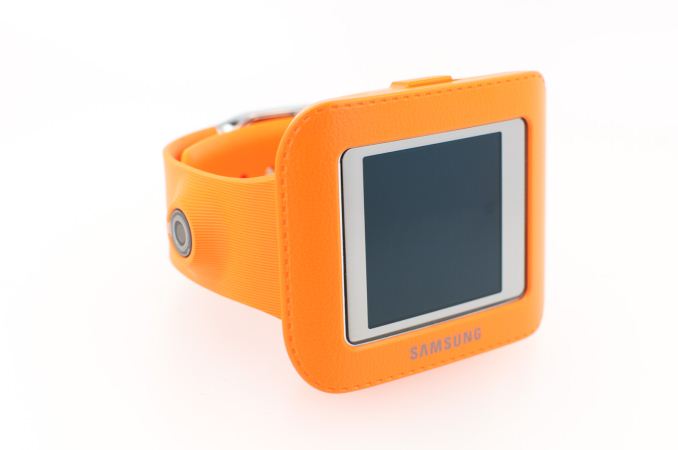 Samsung did relatively well with the Galaxy Gear in that department. I don't know that it speaks to me like a luxury timepiece, but it's well built and doesn't feel cheap at all. I think a truly successful smartwatch will have to look first and foremost like a great timepiece, and I don't know that any of the initial players (Samsung included) are really there yet. I'll admit I'm puzzled by the decision to go with a plastic charging cradle that closes over the Gear instead of some connector and a USB cable, so maybe that's the first thing that really needs changing.
Architecturally, Samsung took a different approach to the Galaxy Gear than we've seen from most of the recent attempts (e.g. Pebble, Toq). Rather than optimizing for always on operation, the Galaxy Gear instead is treated like more of a smartphone - designed to be used in bursts, and relying on idle time to extend battery life.
It's sort of insane to think that the Galaxy Gear puts an Exynos 4212 on my wrist. On the flipside, the Galaxy Gear delivers downright smartphone-like battery life at a little more than 5 hours of continuous use and that's without cellular connectivity. The lack of an always on watch face is a bit bothersome since you'd expect something you wear on your wrist to always be able to, you know, tell time. Samsung attempts to mitigate the Gear's lack of an always on mode by using the accelerometer and gyro to detect when you're flipping your wrist to look at your watch face. The unfortunate reality is the gesture doesn't work all of the time, again putting you in a situation where you're wearing something on your wrist that doesn't always behave like a watch at the bare minimum.
It's also sort of crazy to think about Android 4.2, similarly, running on my wrist.
Truth be told, I don't know that either of these things are the right solution, at least today. An 800MHz Cortex A9 with some Mali-400 GPU configuration at 32nm and Android 4.2 are both too much for a watch-like device. In many ways Galaxy Gear feels a like tablet from the early 2000s. They used notebook hardware and notebook software, weren't fast enough, didn't last long enough on a single charge, and didn't have a great user experience. In the case of the Galaxy Gear, Samsung at least leveraged its experience in skinning Android to deliver an experience that felt mostly reasonable on a watch face. But the hardware needed to run the whole thing is excessive and as a result gives you very little battery life.
There are some nicely executed elements of the Galaxy Gear. The device is well built and doesn't feel heavy (although it is a bit bulky). Integration with the Galaxy Note 3 works well. The camera integrated into the wrist strap takes surprisingly decent photos as well. The calling-from-your-wrist experience isn't great though, and the device itself isn't waterproof (which is far more of an issue for something you wear on your wrist than something that lives in your pocket).
Ultimately the Galaxy Gear isn't the perfect solution to wearable computing, but rather a first attempt. It's more a proof of concept that you can own. If we look at Samsung's history in nearly every market we've followed it (SoCs, SSDs, smartphones), the company has a tendency to show up early with the wrong solution, but iterate aggressively to the point where it ends up with a very good solution.
In terms of interim improvement - I'd love to see more/better watch faces, broader compatibility with Samsung phones and a persistent clock. Let's start there and see where it takes us.
Battery Life
Tweet
PRINT THIS ARTICLE
POST A COMMENT