The 2014 Edition features a 10.1-inch 2560 x 1600 Super LCD display. Looking at the subpixel structure of the panel we get an idea for exactly what Super LCD means: RB,GW.

Instead of a standard RGB stripe we get a combination of red, green, blue and white subpixels for each pixel. The white subpixel helps increase light throughput, an obvious problem with these ultra high resolution displays. The downside is that you get a lower subpixel density than a traditional RGB stripe. At these ultra high pixel densities however, the theory is that you wouldn’t notice the difference - hopefully making the power savings by having better light transmission, particularly when displaying lots of white (e.g. web pages), worth it. 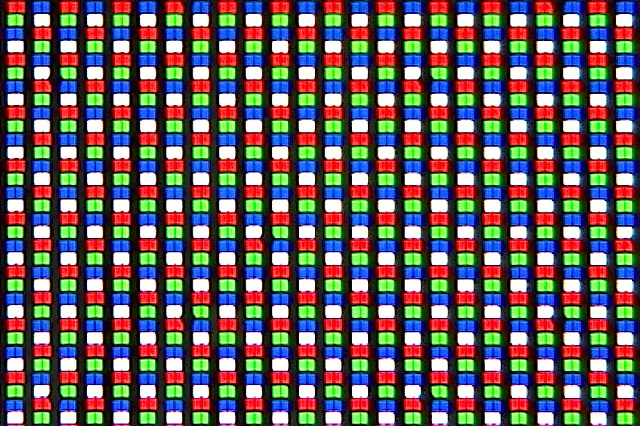 In practice the display looks pretty good, although a carefully trained eye will be able to recognize that this isn’t a standard RGB stripe. I quickly realized something was different about the display, something I later verified when looking at the subpixel structure. 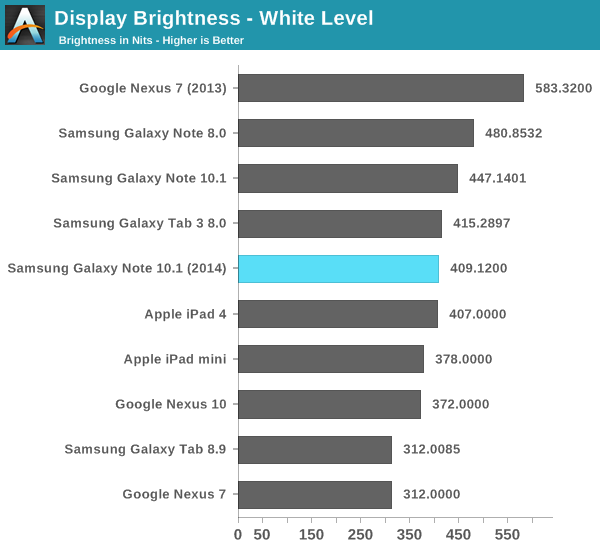 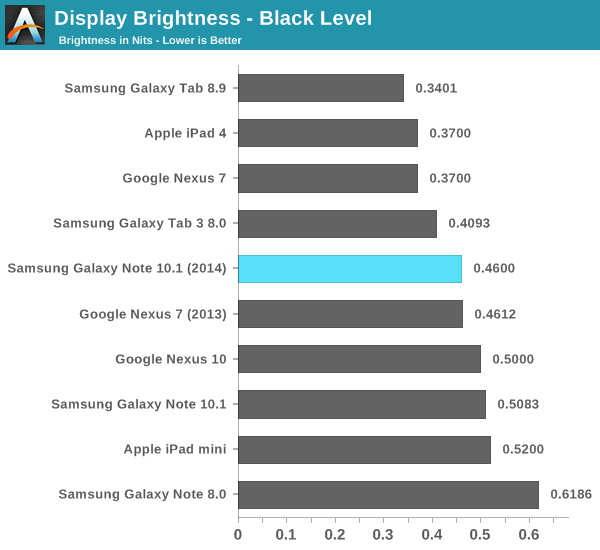 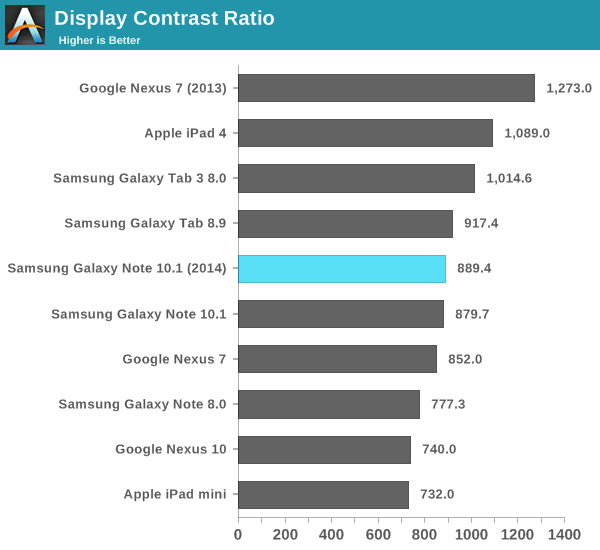 Color accuracy is pretty decent on the Note 10.1’s display. As always I’m reporting color data using Samsung’s Movie mode, which remains the most accurate setting of those offered. Grayscale performance is excellent, but our GMB and saturations tests put the Note 10.1 on par with the original Nexus 7. It’s definitely a better calibrated display than any other Samsung Galaxy Note tablet we’ve reviewed. Not quite on par with the new Nexus 7, but getting very close. 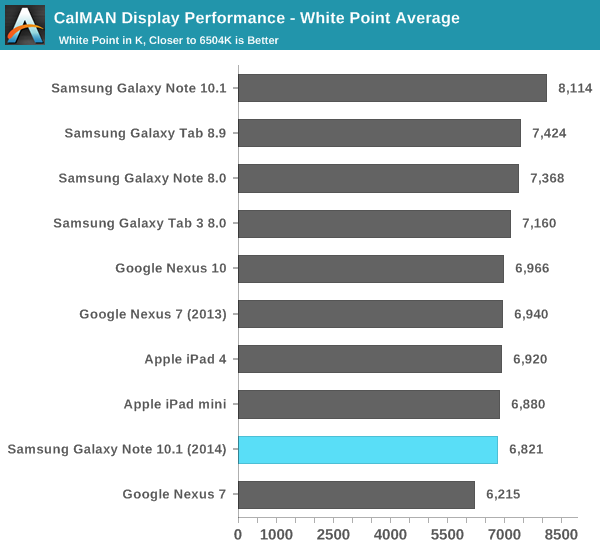 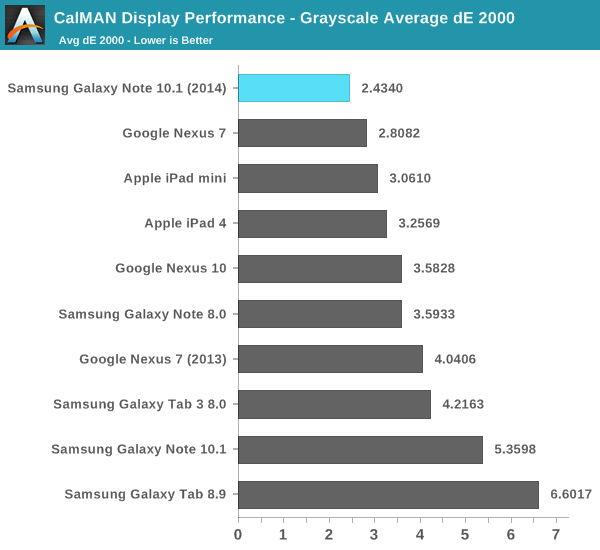 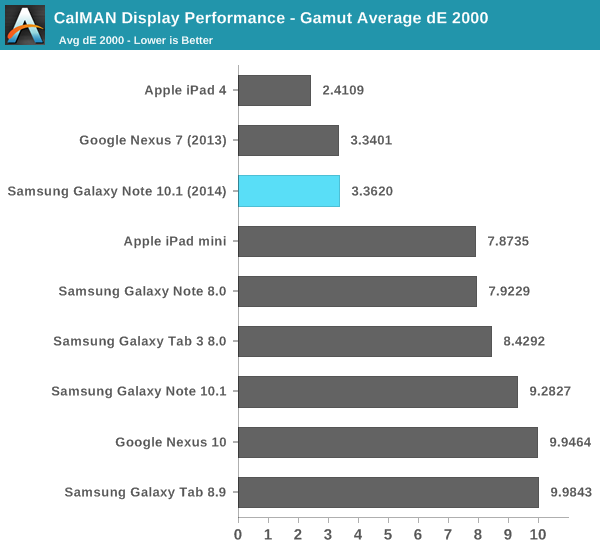 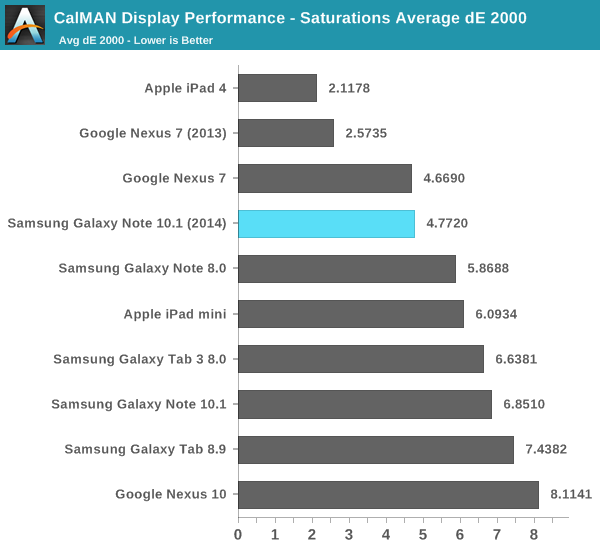 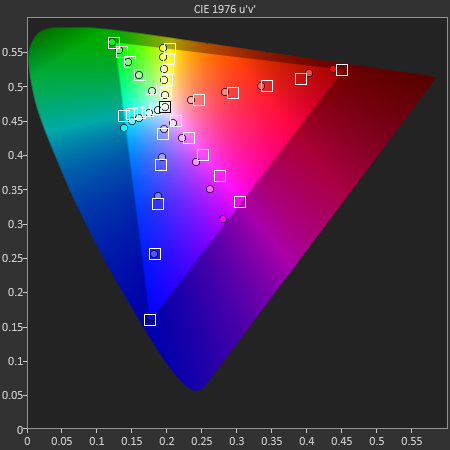 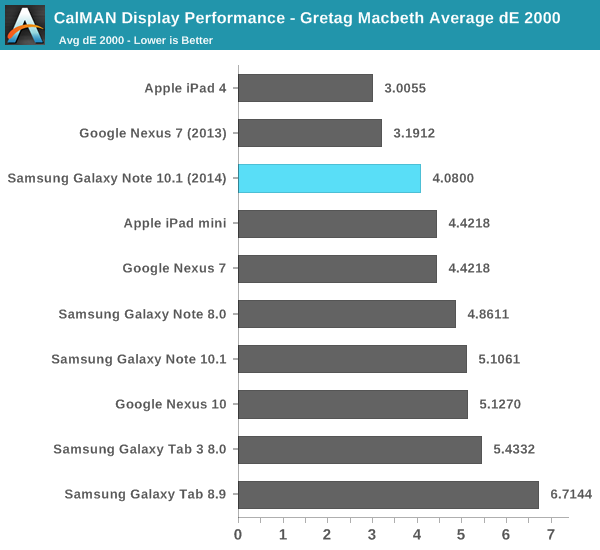 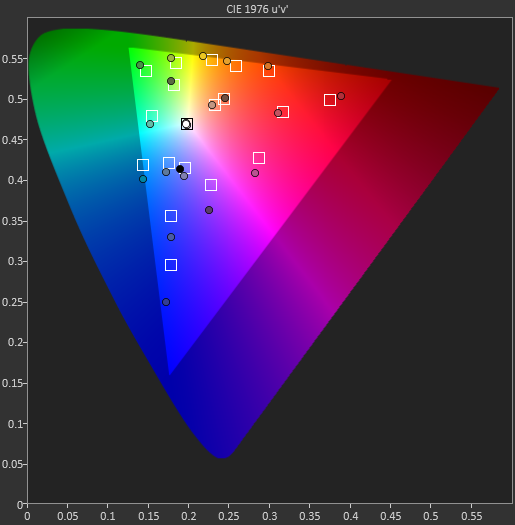 The 2014 Edition features a rear facing 8MP camera with AF and LED flash and a 2MP front facing camera. Image quality out of the rear camera was pretty good for a tablet. I took some photos using the tablet and tossed them in the gallery below, as well as embedded a sample 1080p video recorded using the tablet.

The Galaxy Note 10.1 (2014 Edition) ships with an integrated (non-removable) 31Wh battery, that’s substantially smaller than the iPad 4’s 42.5Wh battery - helping it maintain a more svelte figure. The question is how power efficient the combination of RB,GW panel and Exynos 5420 are in combination with one another. 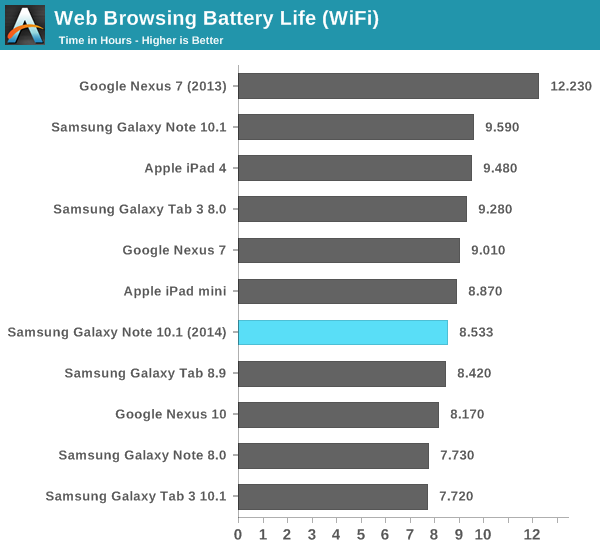 The 2014 Edition does a bit better than the Nexus 10, but clearly worse than the original Note 10.1 (and obviously worse than the much smaller Nexus 7). There’s not much you can do here other than to point out that we’re talking about an extremely high resolution panel, with an extremely power hungry SoC. The fact that we’re talking about more cores running at a higher frequency than the Exynos 5250 used in the Nexus 10 is good news, but Exynos 5420 also enjoys the benefits of being on Samsung’s 28nm LP process as well.

The video playback story is much better however. With the power hungry Cortex A15 cores able to power down (and hopefully remain there), we’re really testing the display and video decode engines here: 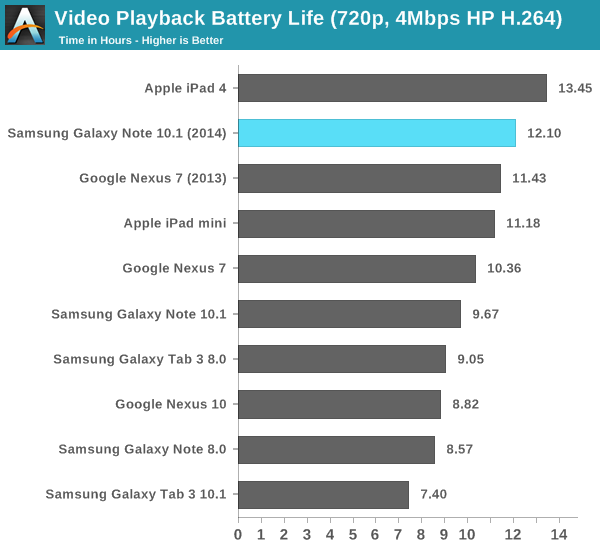 The Note 10.1 beats the new Nexus 7 and is only 10% behind the iPad 4, despite having a much smaller battery. 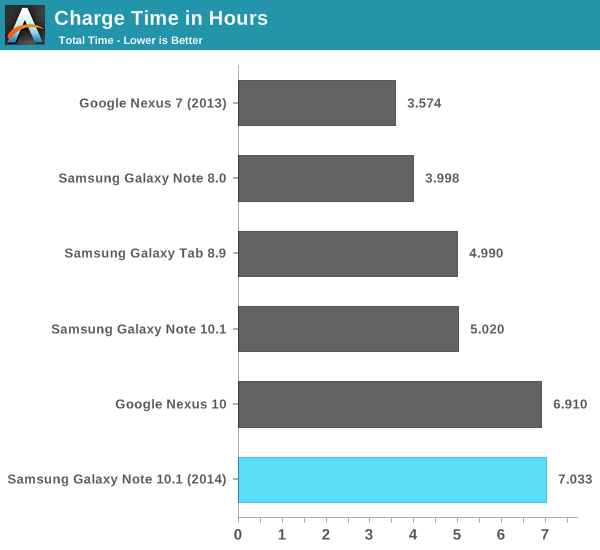