Our final set of tests are a little more on the esoteric side, using a tri-GPU setup with a HD5970 (dual GPU) and a HD5870 in tandem.  While these cards are not necessarily the newest, they do provide some interesting results – particularly when we have memory accesses being diverted to multiple GPUs (or even to multiple GPUs on the same PCB).  The 5970 GPUs are clocked at 800/1000, with the 5870 at 1000/1250. 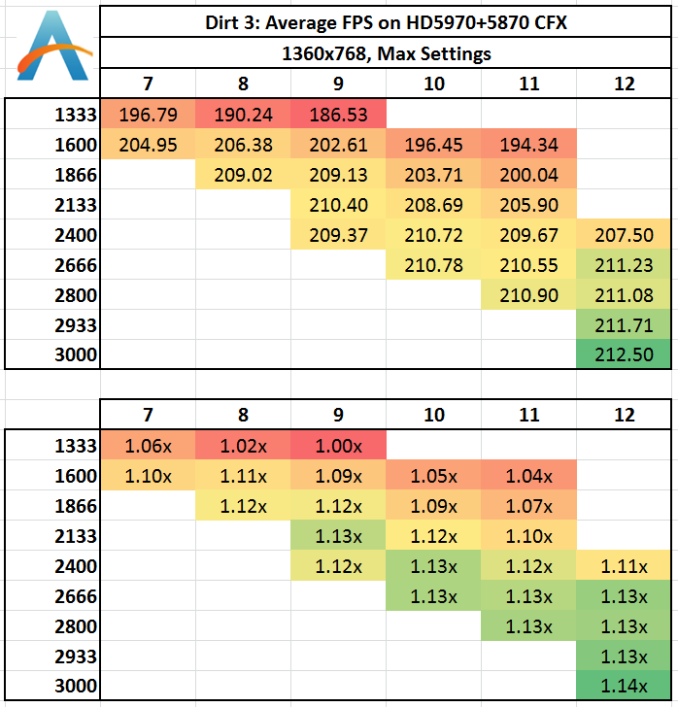 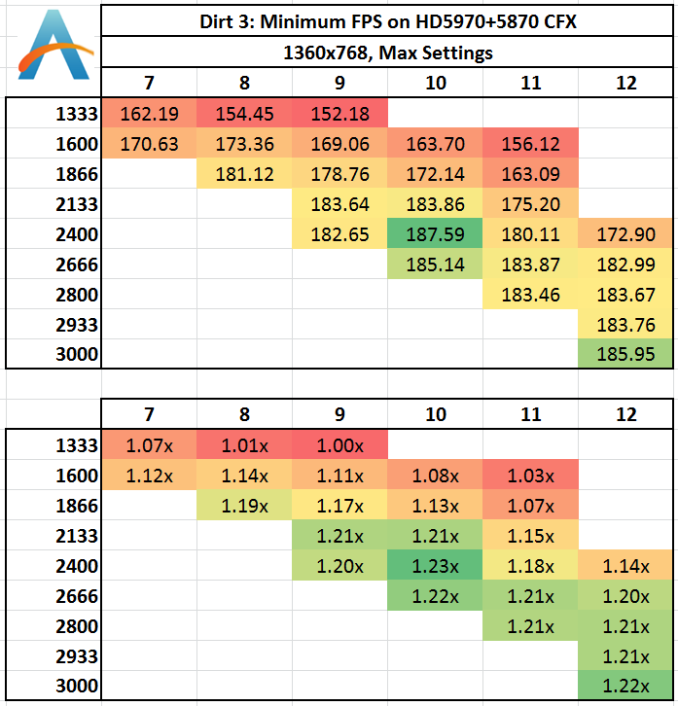 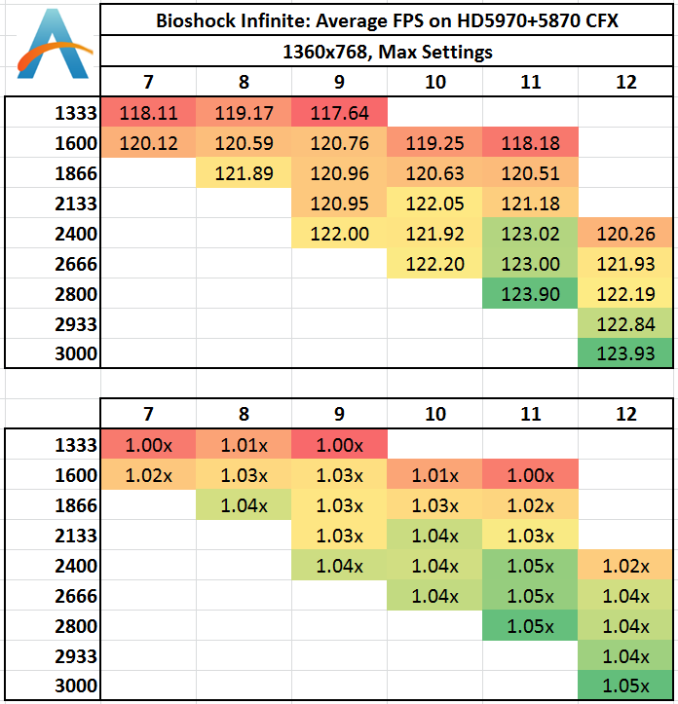 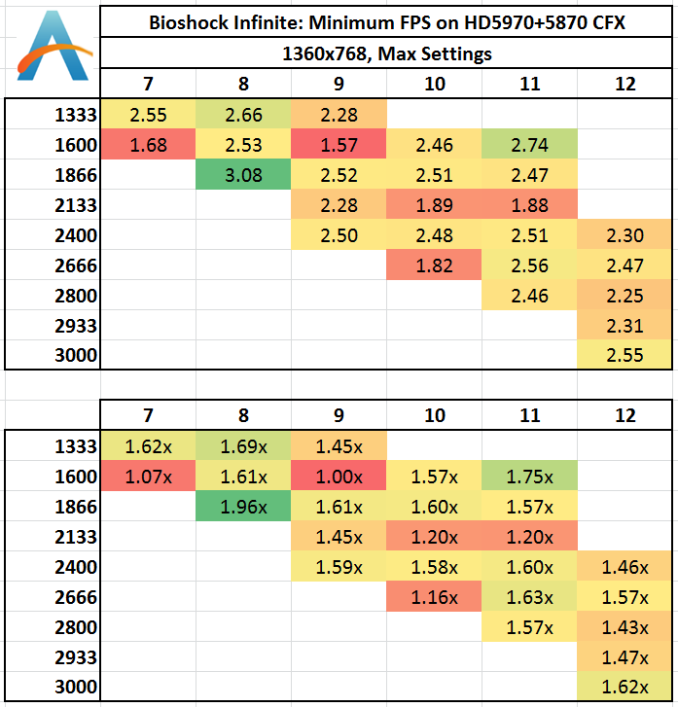 Similar to Bioshock on IGP, minimum frame rates across the board seem to be very low, with minor differences giving large % rises. 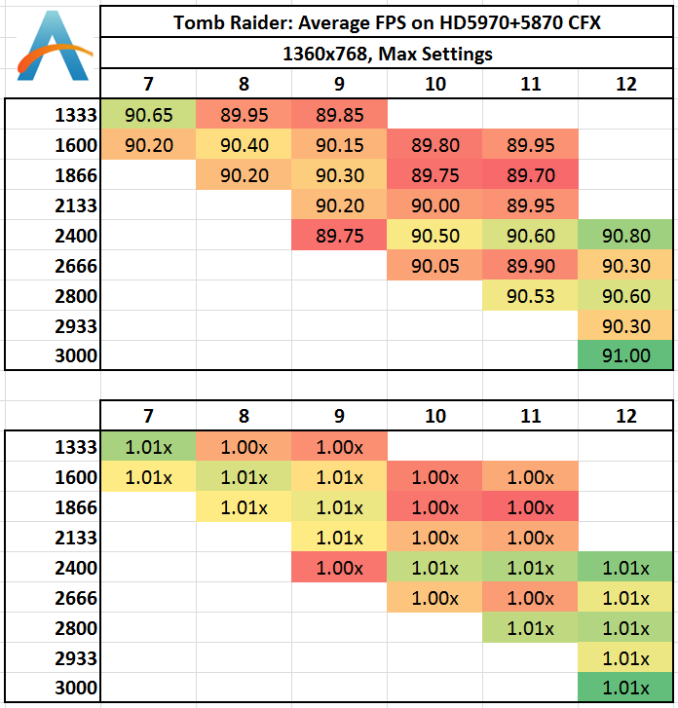 Tomb Raider remains resilient to change across our benchmarks, with 1 FPS difference between the top and bottom average FPS results in our tri-GPU setup. 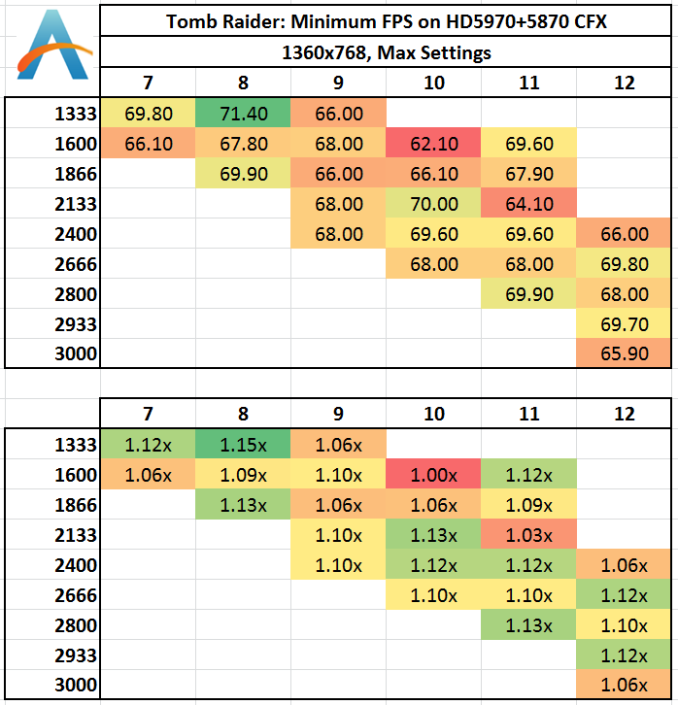 With our tri-GPU setup being a little odd (two GPUs on one PCB), Tomb Raider cannot seem to find much consistency for minimum frame rates, showing up to a 15% difference when compared to our 1600 C10 result which seems to be a lot lower than the rest. 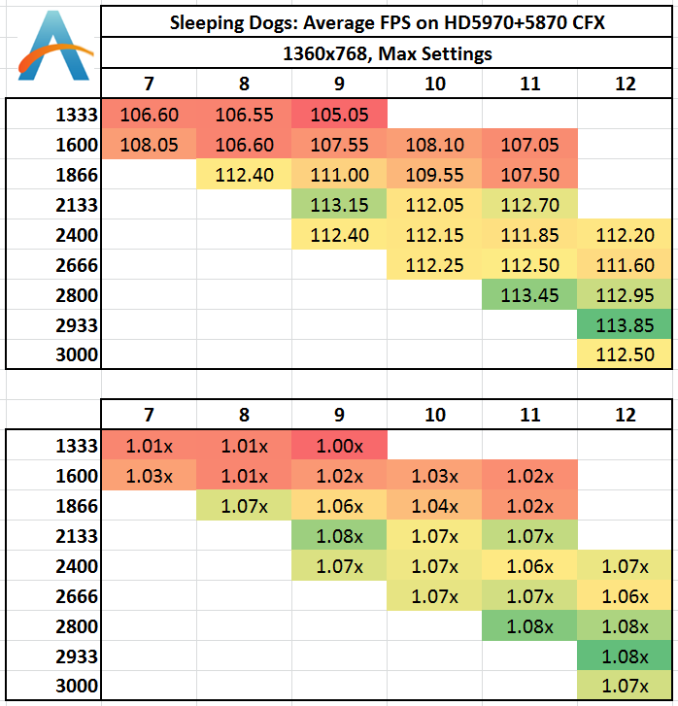 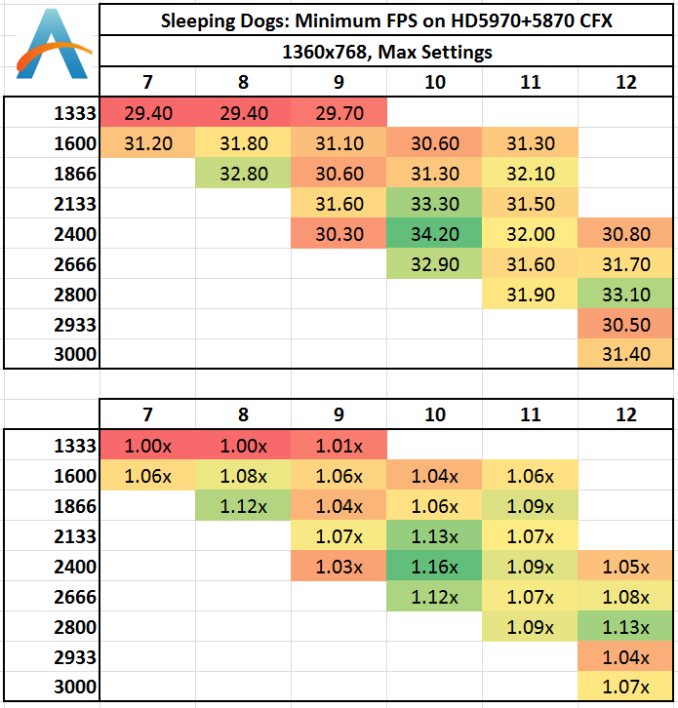 Minimum frame rates are a little random in our setup, except for one constant – 1333 MHz memory does not perform.  Everything beyond that seems to be at the whim of statistical variance.