For our single discrete GPU testing, rather than the 7970s which normally adorn my test beds (and were being used for other testing), I plumped for one of the HD 6950 cards I have.  This ASUS DirectCU II card I purchased pre-flashed to 6970 specifications, giving a little more oomph.  Typically discrete GPU options are not often cited as growth areas of memory testing, however we will let the results speak for themselves. 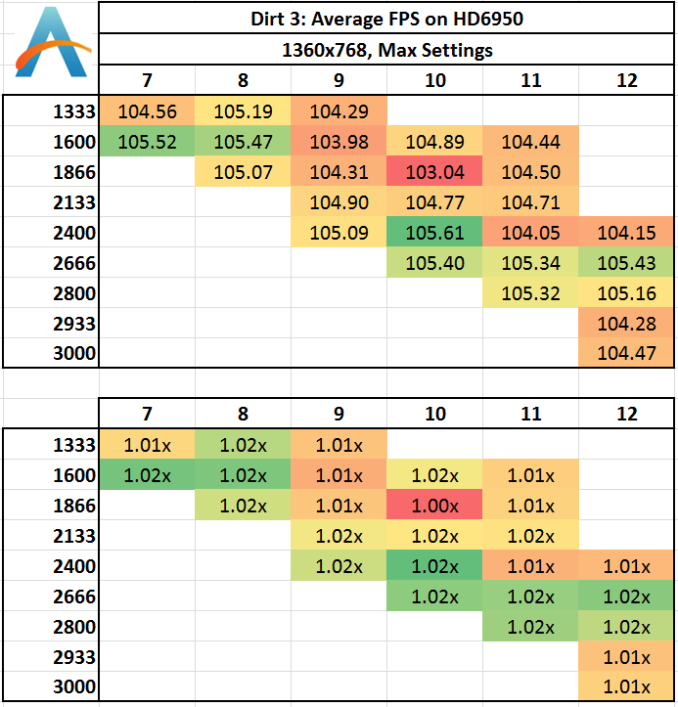 Dirt 3 commonly benefits from boosts in both CPU and GPU power, showing near-perfect scaling in multi-GPU configurations.  When using our HD6950 however there seems to be little difference between memory settings with no trend. 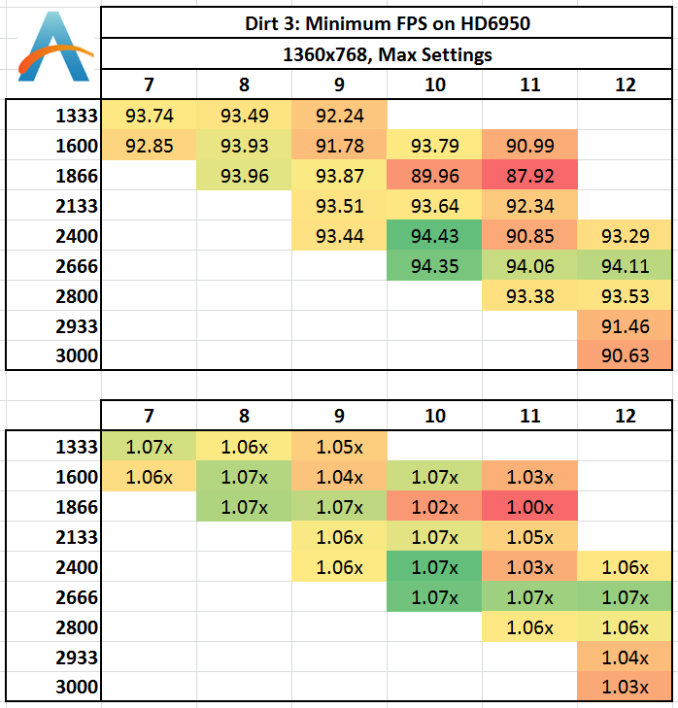 Minimum frame rates show a different story – Dirt 3 seems to prefer setups with a lower CL – MHz does not seem to have any effect. 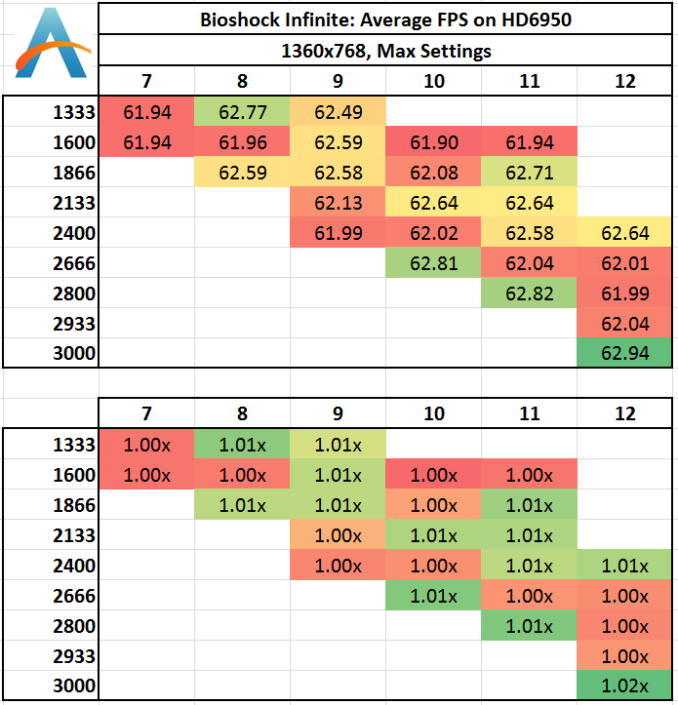 Single GPU frame rates for Bioshock has no direct effect for memory changes with less than 2% covering our range of tests. 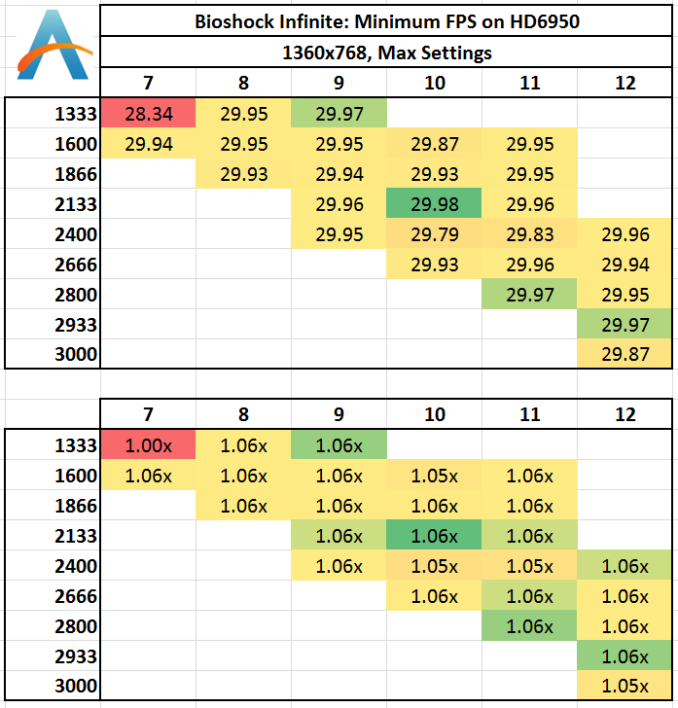 One big sink in frame rates seems to be for 1333 C7, although given that C8 and C9 do not have this effect, I would presume that this is more a statistical outlier than an obvious trend. 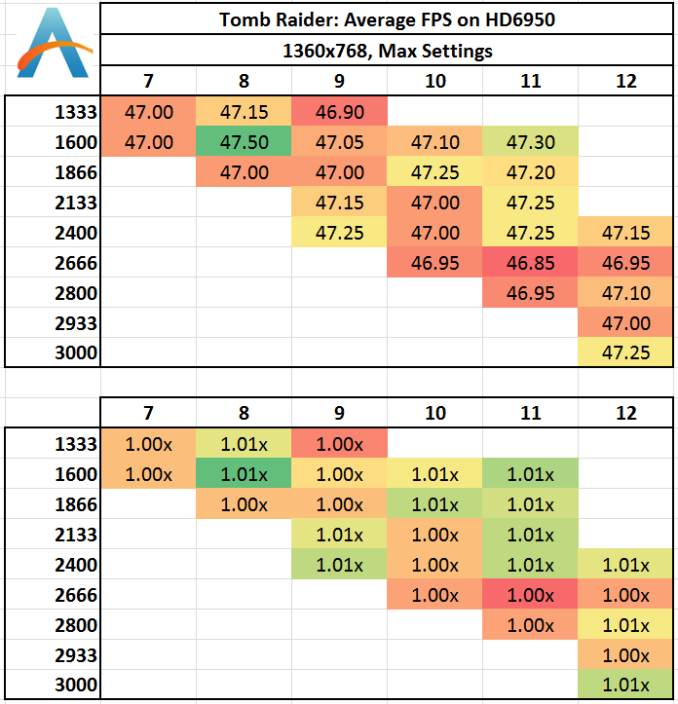 Again, we see no obvious trend in average frame rates for a discrete GPU. 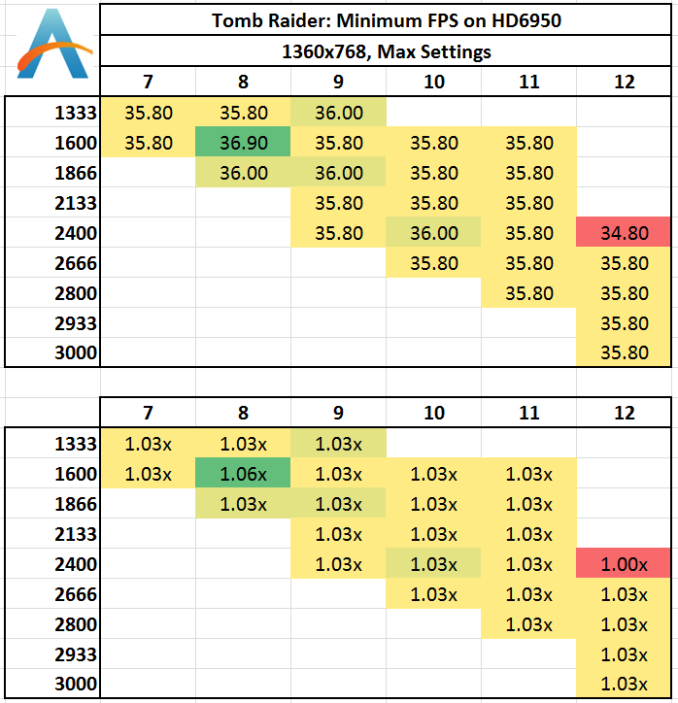 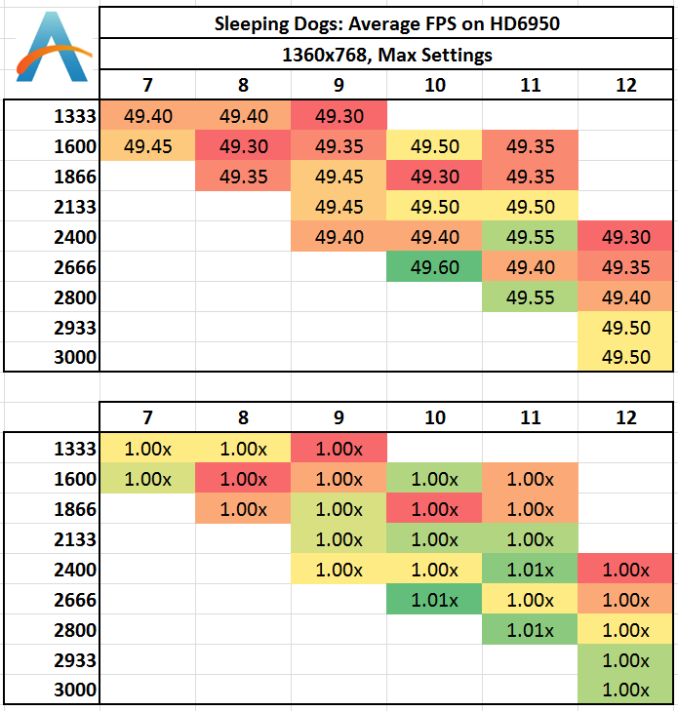 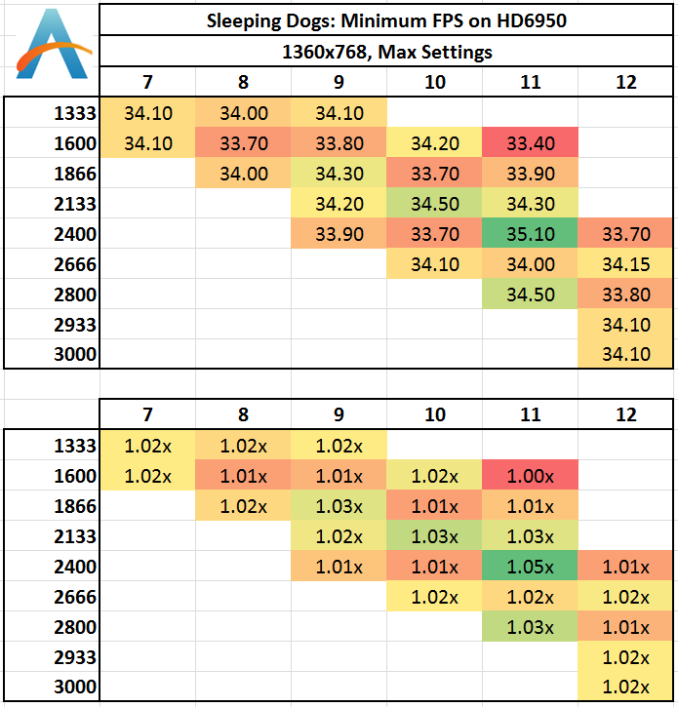 The final discrete GPU test shows a small 5% difference from 1600 C11 to 2400 C11, although other kits perform roughly in the middle.