While Corsair cases are almost uniformly excellent for liquid cooling and the Obsidian 750D will no doubt be another success story in that respect, the monkey on Corsair's back has always been air cooling performance. Outside of the appropriately named Carbide Air 540, none of their cases has really had excellent air cooling, but up until the full fat testbed, Corsair's balanced approach with the 750D actually does a pretty solid job. 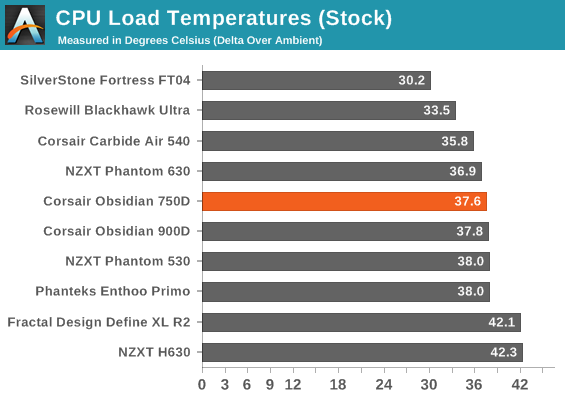 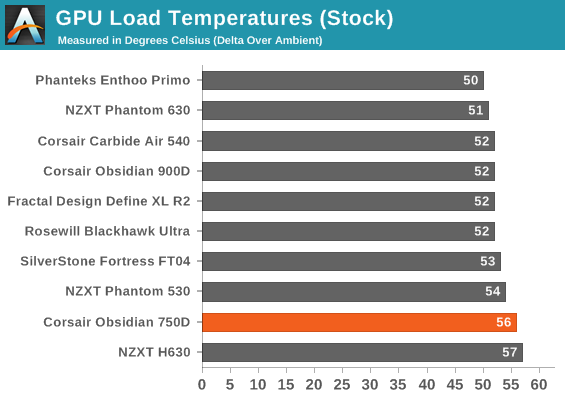 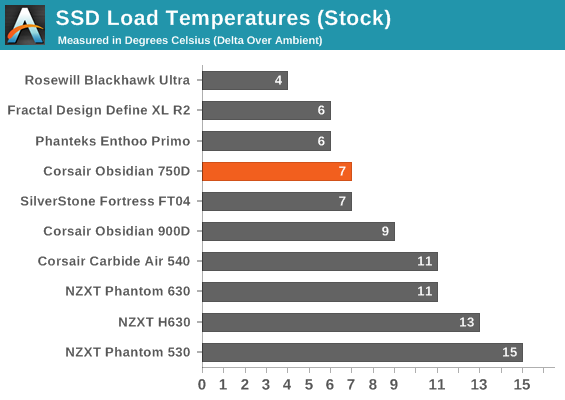 Stock air cooling performance is at least pretty respectable and competitive. It's not the monster that, say, the Air 540 is (let alone the SilverStone Fortress FT04), but it holds its own. 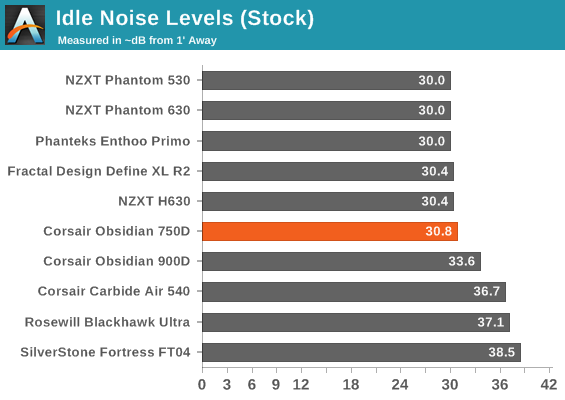 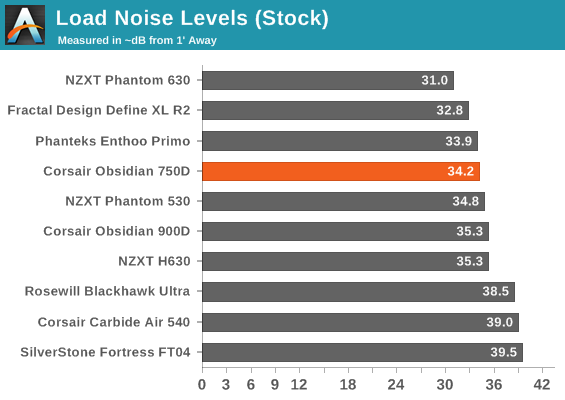 For at least stock testing, the Obsidian 750D is able to hit that middle ground pretty nicely. Load noise is better than a lot of the competing cases; SilverStone's FT04 has worlds better thermals on the CPU, but it's much louder in the process (though it can be tuned to a more pleasing balance of noise and performance depending on the end user's taste.) 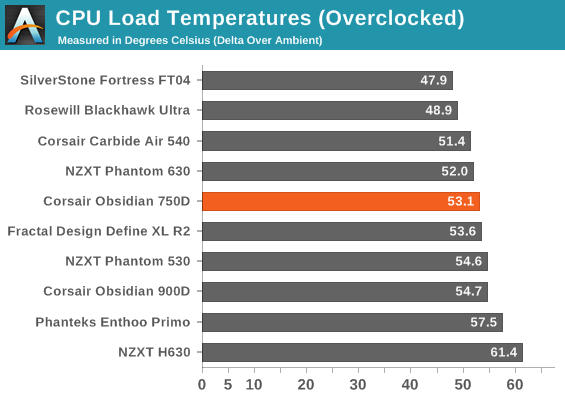 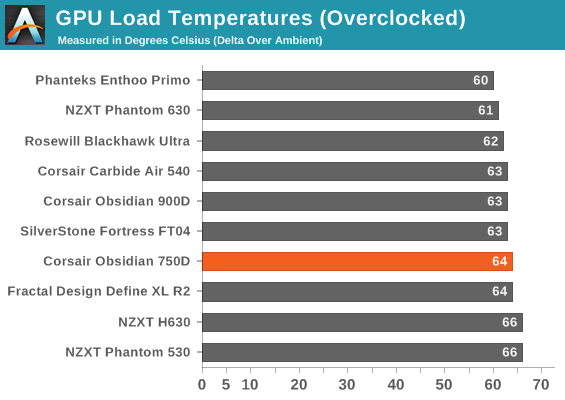 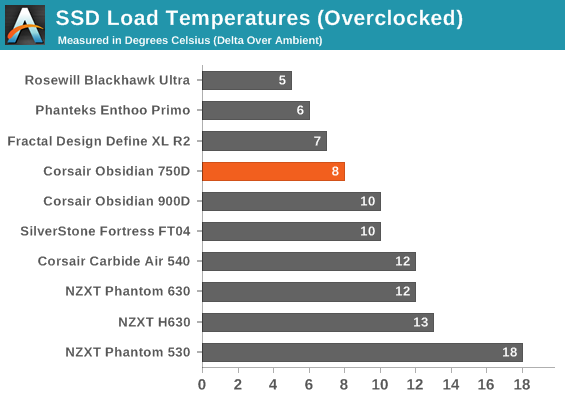 Overclocked thermal performance is surprisingly strong. The 750D isn't leading the pack, but it's posting closer to the top and maybe a degree and a half behind the beefier Air 540. 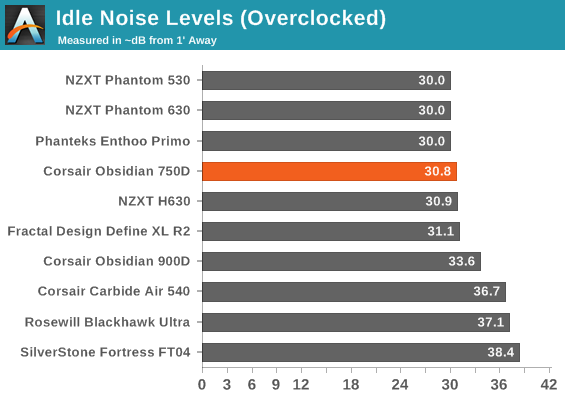 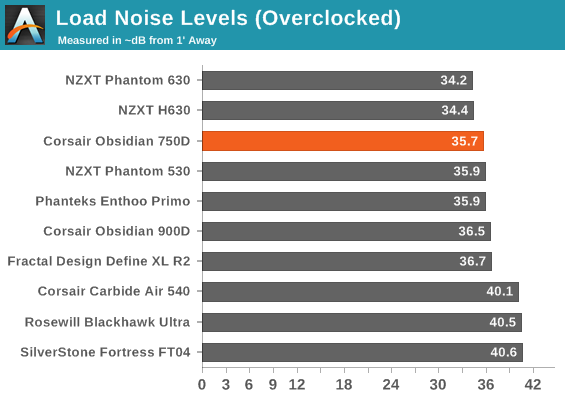 Noise levels prove to be a victory for Corsair, but they're still struggling to beat NZXT's Phantom 630, which runs both quieter and cooler. This is a step in the right direction and the difference between the cases is small enough that you can probably go with whichever you prefer. Corsair really needs to step their game up to compete with NZXT, though; Corsair makes arguably better liquid cooling cases, but NZXT doesn't make you choose. 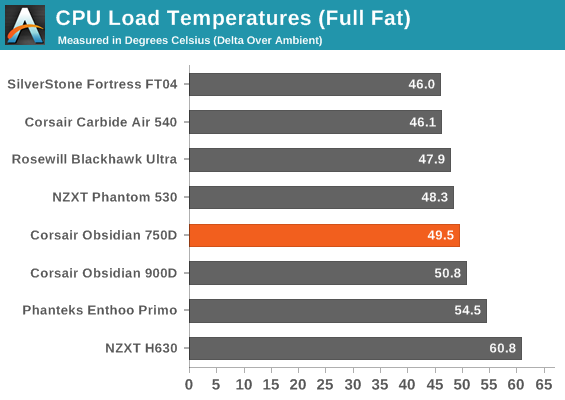 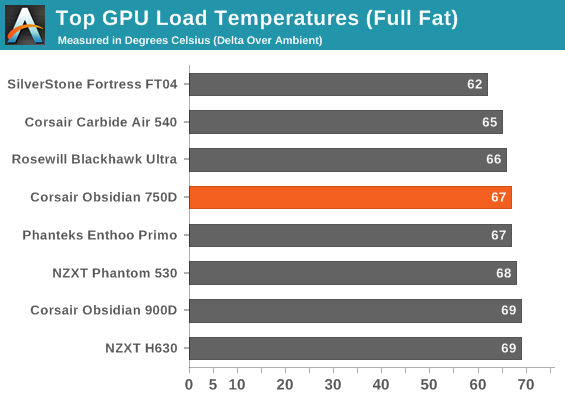 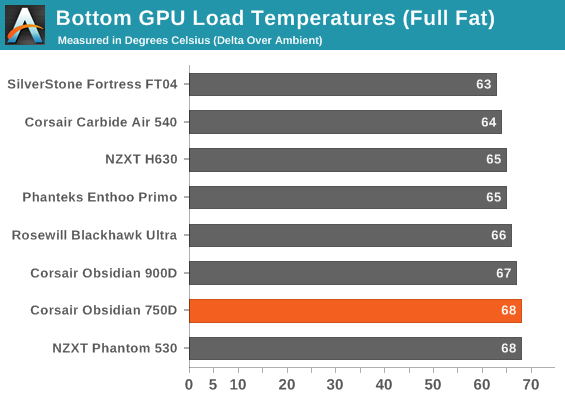 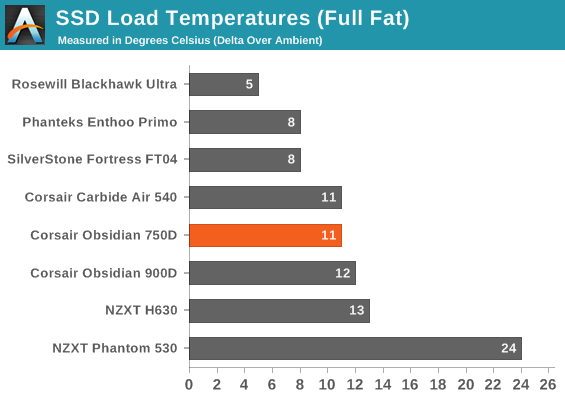 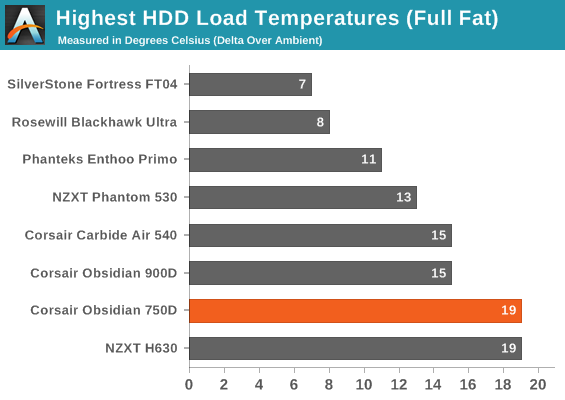 Our full fat testbed unfortunately hits the limits of the Obsidian 750D's stock cooling configuration. Thermals are mostly competitive but measurably weaker than the competition. The traditional ATX layout typically just plain needs more airflow when faced with this much of a thermal load. 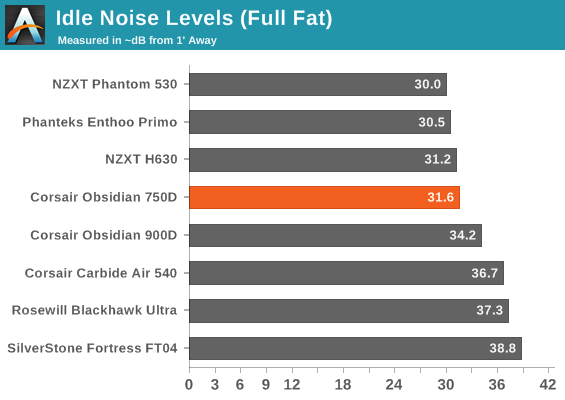 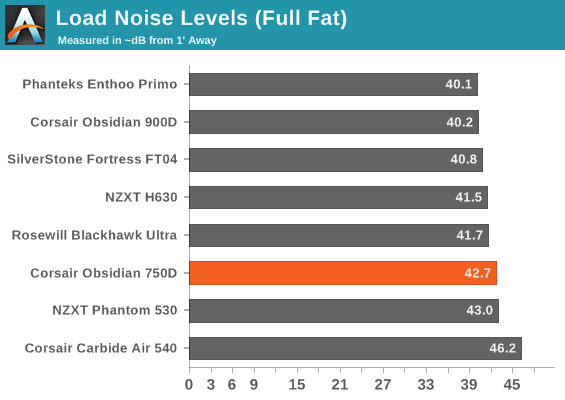 The 750D winds up being one of the louder cases as a result. Corsair's thermal target clearly wasn't something as grueling as this type of system, but this highlights the value of having either PWM fans or a built-in fan controller. Either will allow the case to be more flexible in terms of the systems it can support instead of starting to hit limits.