Moto X is intriguing since it includes a relatively large 4.7-inch display in a form factor that isn’t nearly as big as other devices including similarly sized displays. Motorola has always been one to try new display technologies (I still remember when it tried an RG,BW LCD display), and in the Moto X moves to a Super AMOLED panel with the same subpixel unit cell as the Note 2. That’s pretty standard for Motorola, as Samsung will sell panels made on its n–1 AMOLED process to OEMs, and that’s exactly what we get here in the Moto X. 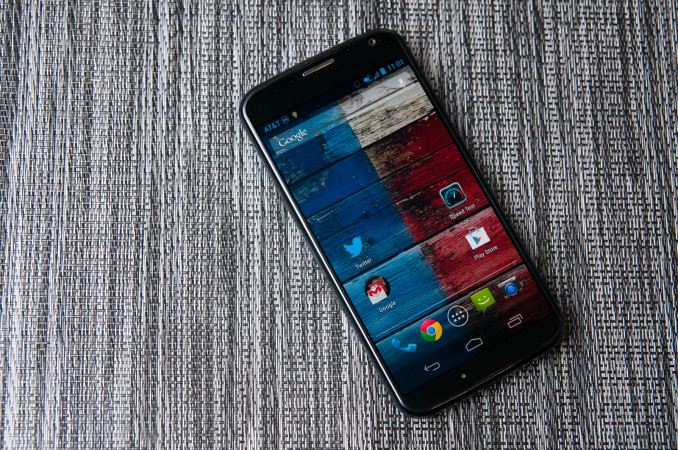 The Note 2 and Moto X display have a subpixel unit cell which includes a stacked red and green pixel, and adjacent blue pixel. The unit cell includes a full three subpixels per pixel (RGB), avoiding the loss of spatial resolution and color artifacts that arise from the other two subpixel per pixel unit cells we’ve seen in the past (RG,BG). As I wrote in the Note 2 review display section, I heard that this particular subpixel arrangement was called S-Stripe and was going to be branded, but it never was given an official name. Either way, the point of these alternative subpixel arrangements was always to offset the difference in luminous efficiency of the three subpixel types, and the resulting nonuniform geometry required to get the same luminance from each subpixel type. It does the job well and gives a full three subpixels per pixel. Samsung has also shrunk the size of subpixel unit cell down in order for Motorola to get 720p out of a 4.7-inch display. 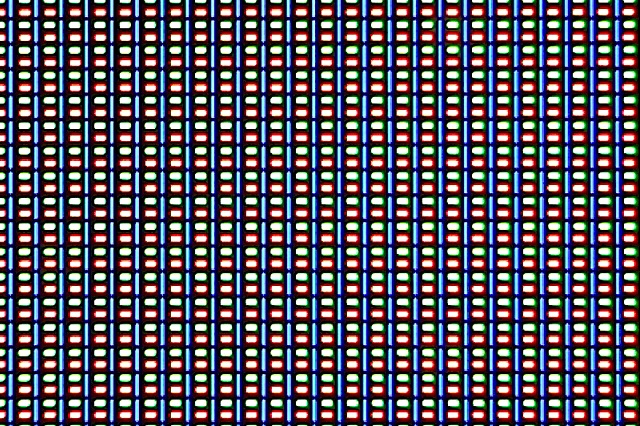 We’ve seen displays that are 1080p become the new bar for flagships in 2013, so the Moto X’s 720p display might initially sound like a minus. Including three subpixels per pixel however helps the Moto X out, enough for it to come in at 0.917 arcminutes per full pixel at 12 inches viewing distance, which is sufficient enough to beat normal human visual acuity of 1 arcminute. It’s a PPI of 312, which isn’t as crazy as the 450+ displays that are out now, but no slouch by any means. I can detect a difference between the Moto X and the really high DPI displays like the HTC One and SGS4, but it isn’t something that bothers me when using the Moto X.

Motorola doesn’t seem to mess around too much with dynamic everything features for display that I really don’t like, nor does it have a crazy auto brightness curve. I still will personally take an LCD display over AMOLED, but the characteristics of this panel are relatively well behaved. Only if you force brightness to absolute zero does there start being visible purple color shift, something which long has been an issue for AMOLED panels. The days of mura (luminance irregularities which looked like grain) and splotches however are gone, there’s none of that in the Moto X display. 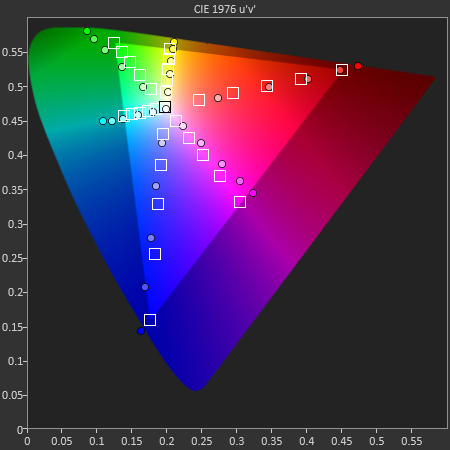 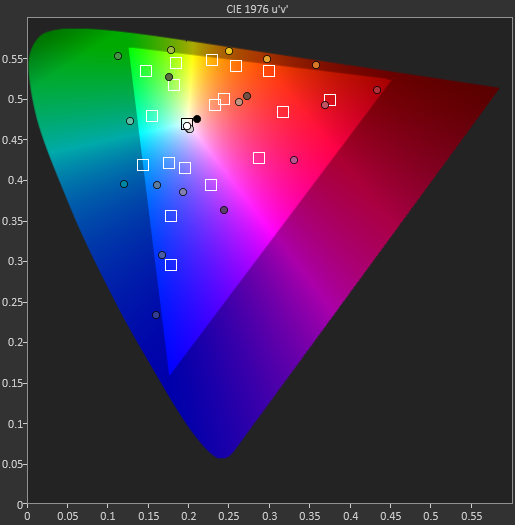 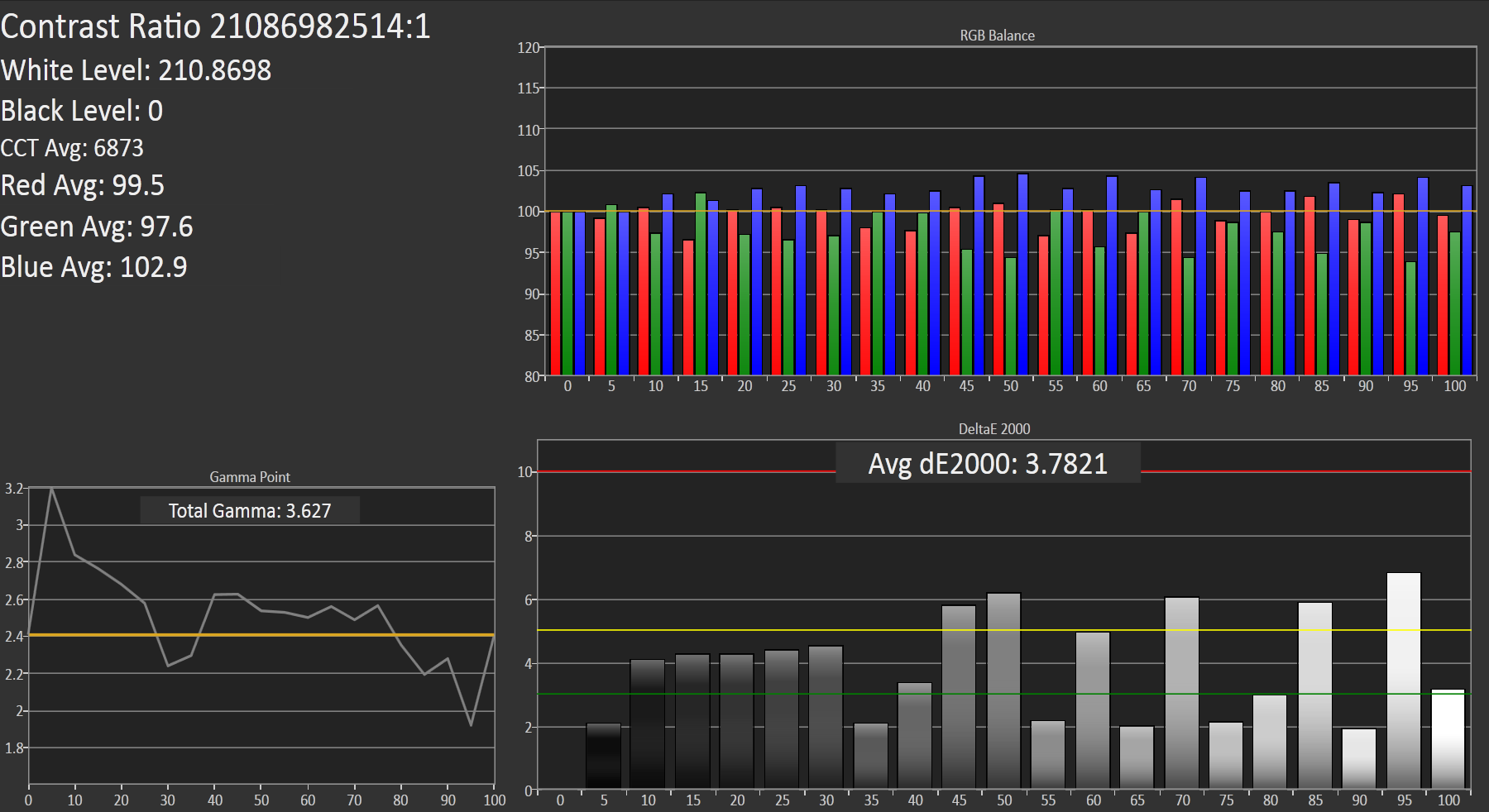 I measured the Moto X in our display suite and unfortunately the other axis of AMOLED, oversaturation, still continues here. The Moto X display is wildly oversaturated, with saturations that blow past the sRGB values we expect or want. On the upside, the color temperature is controlled and not the usual blue that we see with AMOLED, at an average of 6800K across the greyscale it’s not bad at all by comparison, though it does get slightly above 7000K at 100 percent white. Subjectively however it isn’t the annoying level of blue that I am used to seeing. Also the greyscale delta-E surprised me from the Moto X, it’s not very high at all. 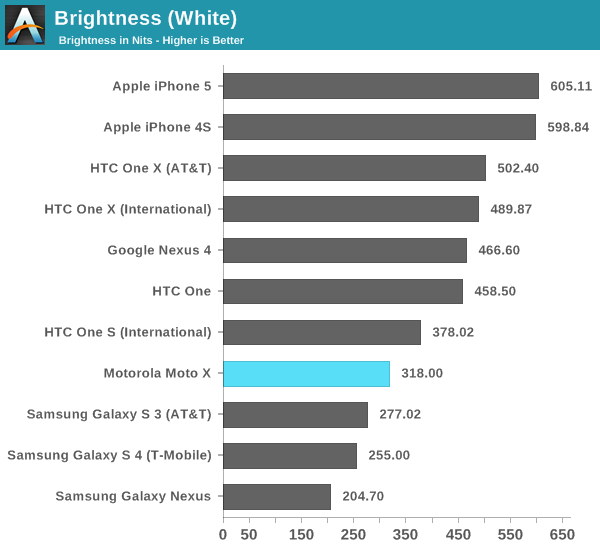 The Moto X display is an interesting one which leaves me feeling mixed. It uses a new, smaller pixel pitch version of the subpixel arrangement we saw with the Note 2, and it’s better behaved than the Samsung calibration of that panel. At the same time the color space issues persist along with power draw, but Motorola deserves kudos for not having annoying dynamic brightness functions. I personally still will take a high DPI, well tuned LCD display over AMOLED, and like the 1080p LCDs we’ve seen from JDI and Sharp in recent devices, but I understand that Motorola had to go AMOLED here for the active display feature to not absolutely destroy battery life. The matter of resolution also still is there, but 720p at this size with a solid 3 subpixels per pixel isn’t a deal breaker.

Lately I've been getting more and more jaded about line out quality on devices. There's something about close proximity to a transmitter and the confined spaces in a smartphone that makes getting good clean audio a challenge for everyone. That said I was impressed by the sound quality on the Moto X both on line out, on calls, and on the speakerphone. I'm doing subjective reviews of audio line out quality until we get a new testing methodology from our Display (and Audio guru) Chris Heinonen, after he gets access to a new test bench. I listened to a lot of music while traveling on the Moto X using my Shure SE535 IEMs and came away pretty impressed. I've heard a lot of smartphones that either lacked a lot in the mids, had discernable noise, or various issues driving IEMs at low volume, but I didn't encounter anything negative on the Moto X.

On phone calls, I was actually shocked by how good the Moto X sounded. I had no problems hearing people on the other end, and found myself wanting the Moto X when I wasn't using it. The rounded top and sides also make the Moto X very comfortable to hold to the face. I am still surprised by the fact that I'm drawn to the Moto X because of how much different in a positive way it sounds from some of the other handsets I've played with recently, especially when on conference calls. I heard positive feedback from the terminating side of the call as well, that I sounded good on both speakerphone and handset mode.

Oddly enough though the Moto X didn't do too well in my ambient nose rejection test which consists of a babble distractor track played at volume that ramps up and then back down. There's still a lot of background noise that leaks through in that test, although when I called from a few loud locales and asked for feedback I always heard that noise level was acceptable. 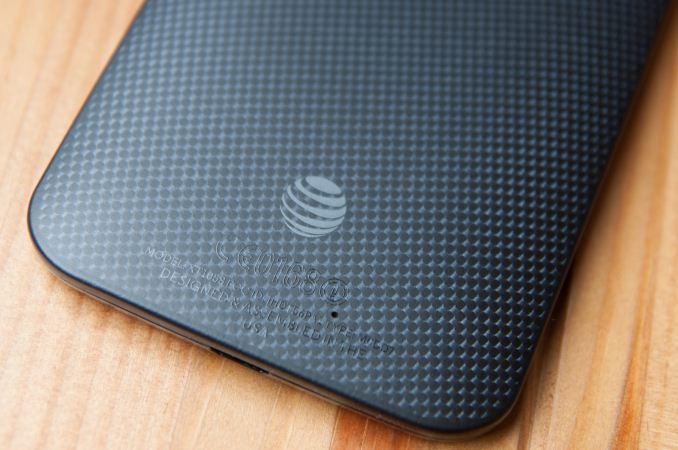 The Moto X undoubtely uses a beamformer created by the front microphone and back microphone, used in a pair, with the top microphone reserved for speakerphone mode and stereo audio when recording videos. 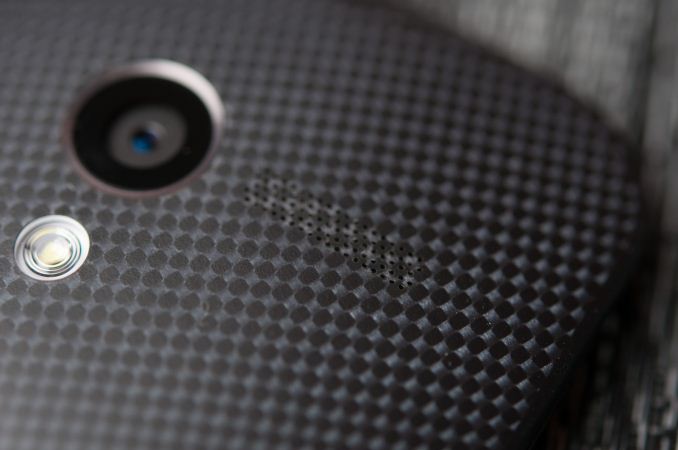 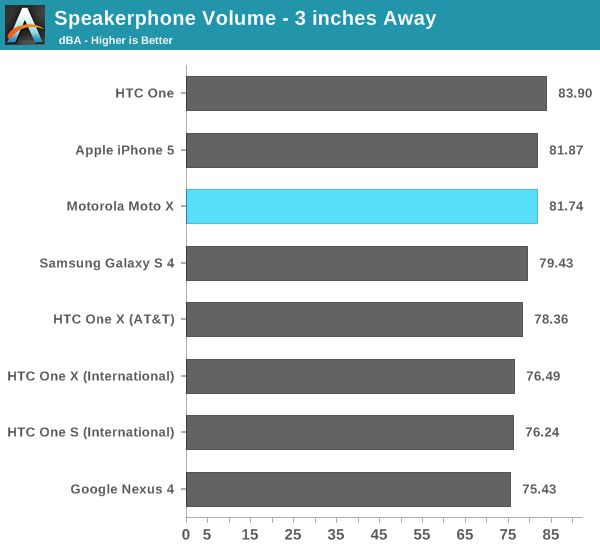