Sleeping Dogs is a strenuous game with a pretty hardcore benchmark that scales well with additional GPU power when SSAO is enabled.  The team at Adrenaline.com.br is supreme for making an easy to use benchmark GUI, allowing a numpty like me to charge ahead with a set of four 1440p runs with maximum graphical settings. 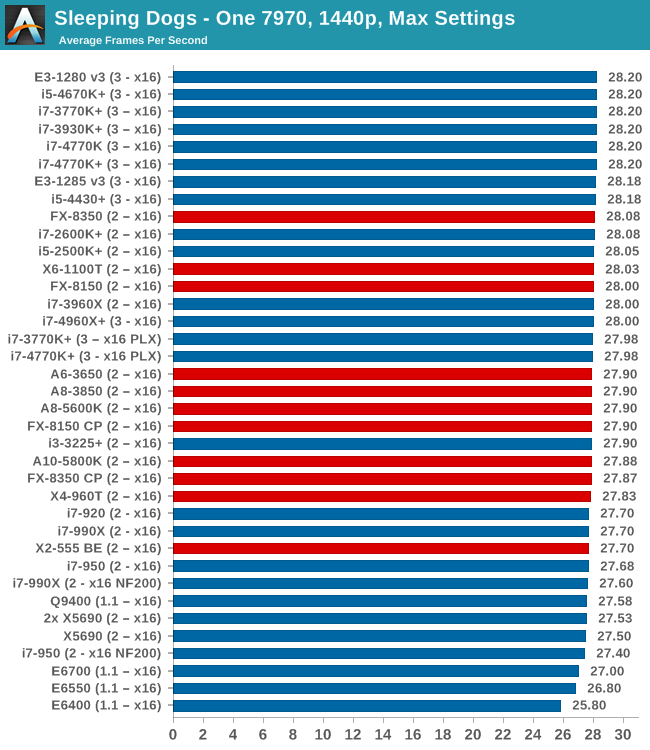 With one AMD GPU, Sleeping Dogs is similar across the board. 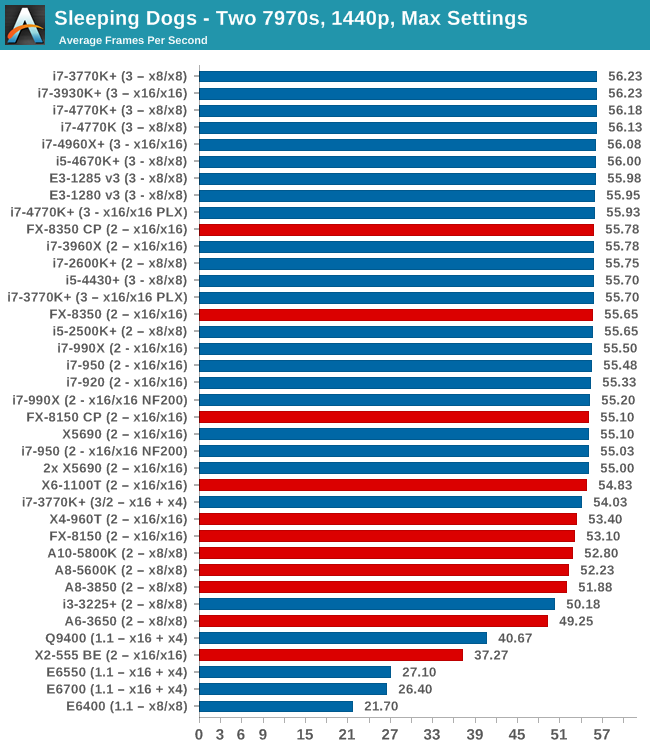 On dual AMD GPUs, there seems to be a little kink with those running x16+x4 lane allocations, although this is a minor difference. 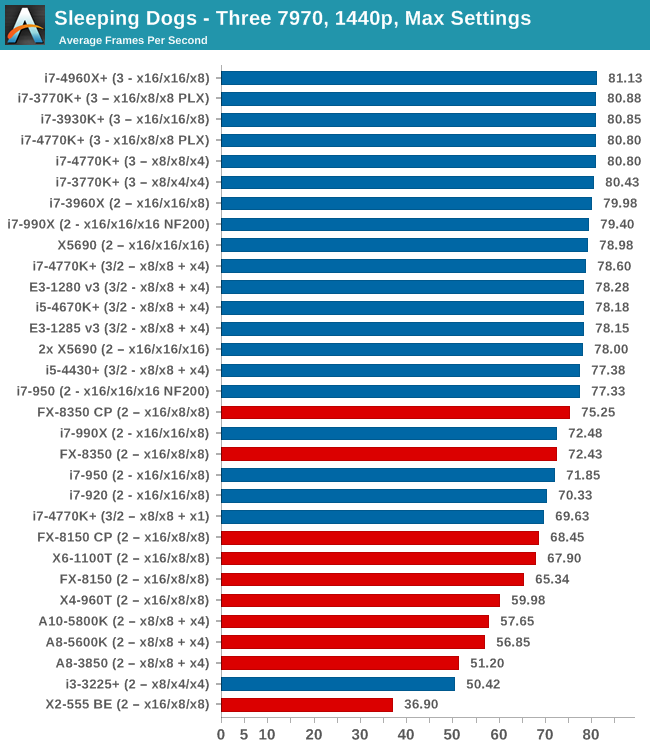 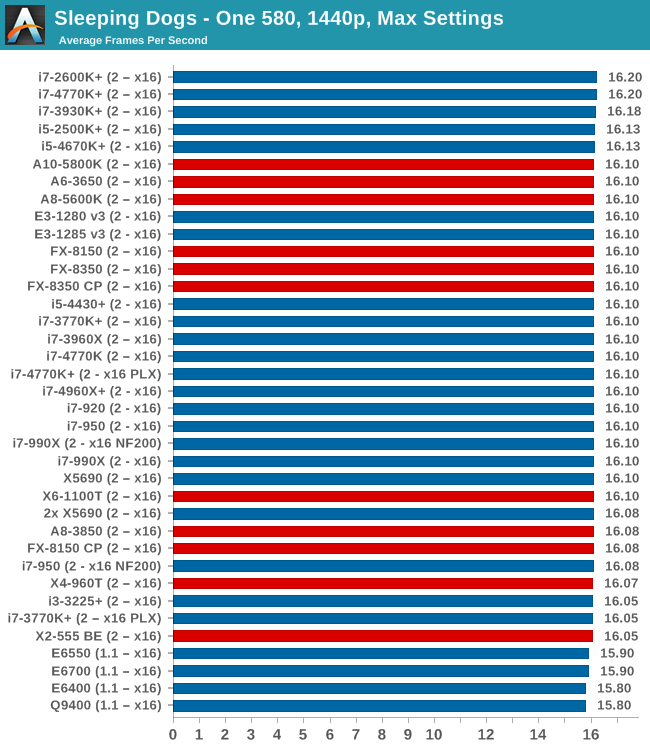 0.4 FPS between Core2Duo and Haswell.  For one NVIDIA GPU, CPU does not seem to matter(!) 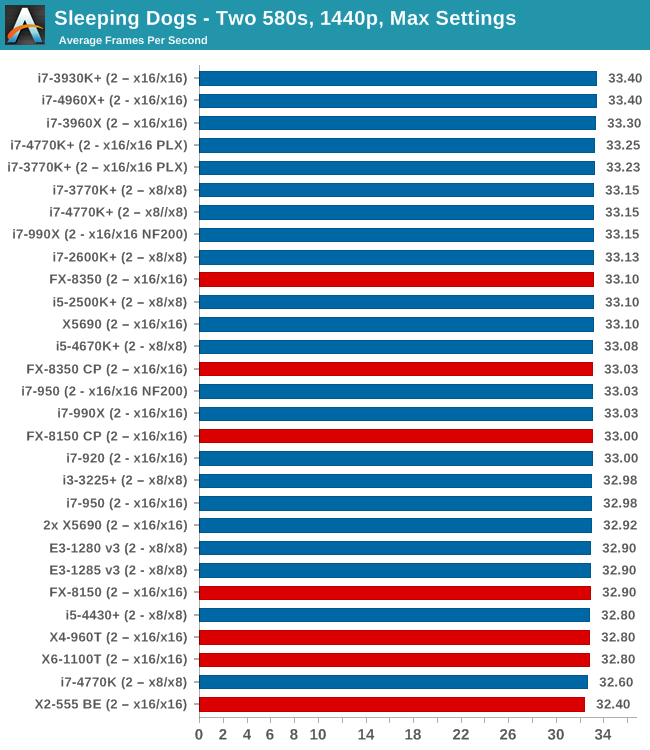 Similarly with dual NVIDIA GPUs, with less than ~3% between top and bottom results.

While the NVIDIA results did not change much between different CPUs, any modern processor seems to hit the high notes when it comes to multi-GPU Sleeping Dogs.