A game that has plagued my testing over the past twelve months is Civilization V.  Being on the older 12.3 Catalyst drivers were somewhat of a nightmare, giving no scaling, and as a result I dropped it from my test suite after only a couple of reviews.  With the later drivers used for this review, the situation has improved but only slightly, as you will see below.  Civilization V seems to run into a scaling bottleneck very early on, and any additional GPU allocation only causes worse performance.

Our Civilization V testing uses Ryan’s GPU benchmark test all wrapped up in a neat batch file.  We test at 1440p, and report the average frame rate of a 5 minute test. 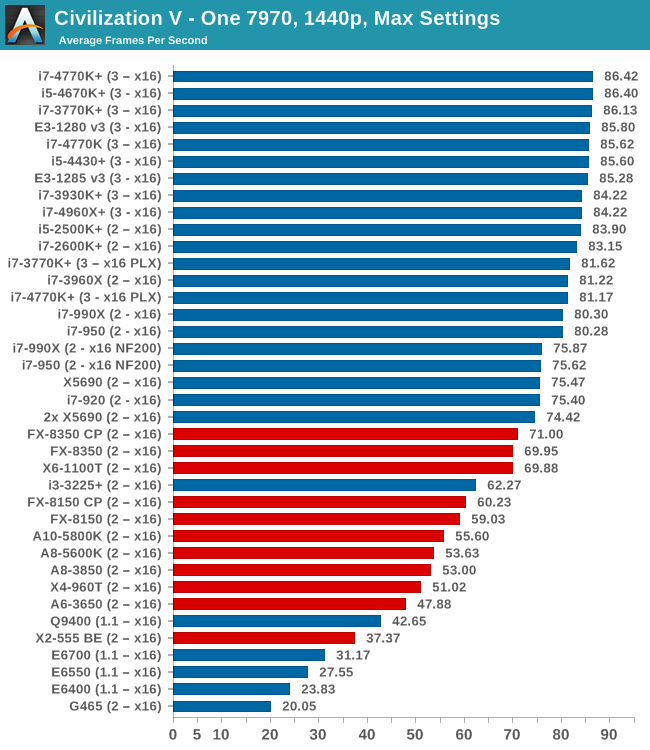 Civ5 seems to love IPC, with our Haswell and Ivy-E CPUs all near the top.  All our PCIe 3.0 combinations hit 80 FPS or above. 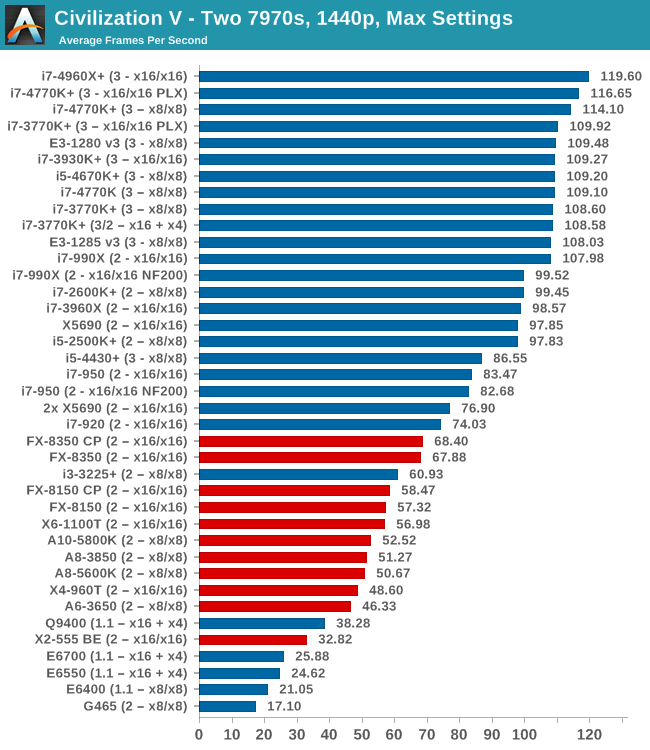 On multiple AMD GPUs the PCIe 3.0 combiantions get the biggest boost, along with anything using a PLX or NF200 chip to boost lane allocations.  There seems to be a barrier around 100-108 FPS that only Haswell and Ivy Bridge CPUs are moving over, except the one 990X result.  The i7-4960X takes top spot, and the i7-920 is 45 FPS behind - almost 1/3.  The i5-4430 is lower than expected, showing little scaling after the first GPU. 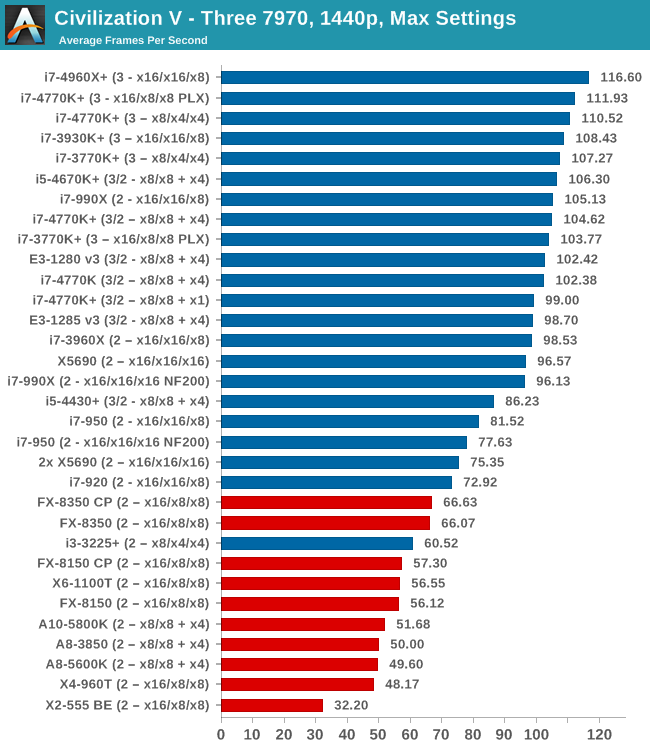 Civ5 has terrible scaling behond one GPU let alone two, meaning most of our tri-GPU results are similar to dual GPU.  Again, anything purely PCIe 3.0 seems to get the biggest boost, with the 4670K still fighting alongside the 4770K. 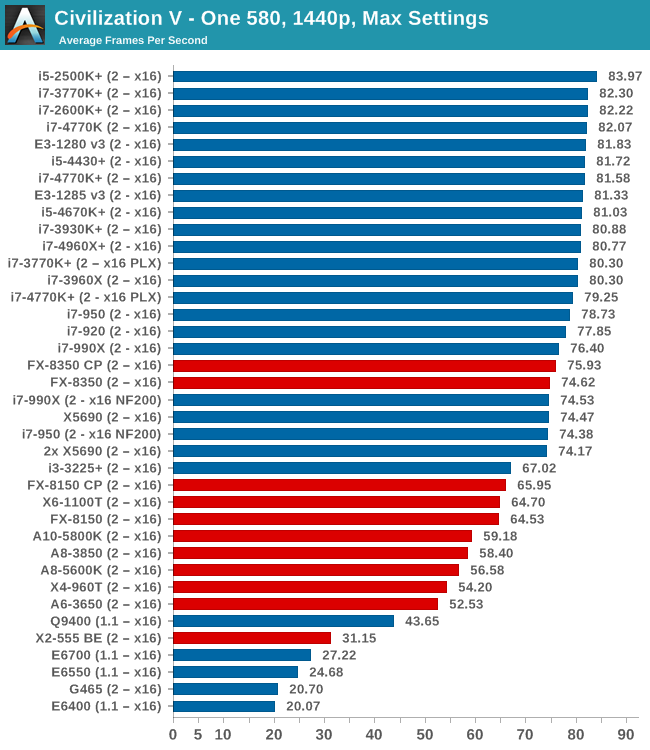 For a single GTX 580 the top spots above 80 FPS are all on the side of Sandy Bridge and above, with Nehalem scoring below this marker.  It seems that dual core CPUs take a bashing, suggesting a quad core minimum. 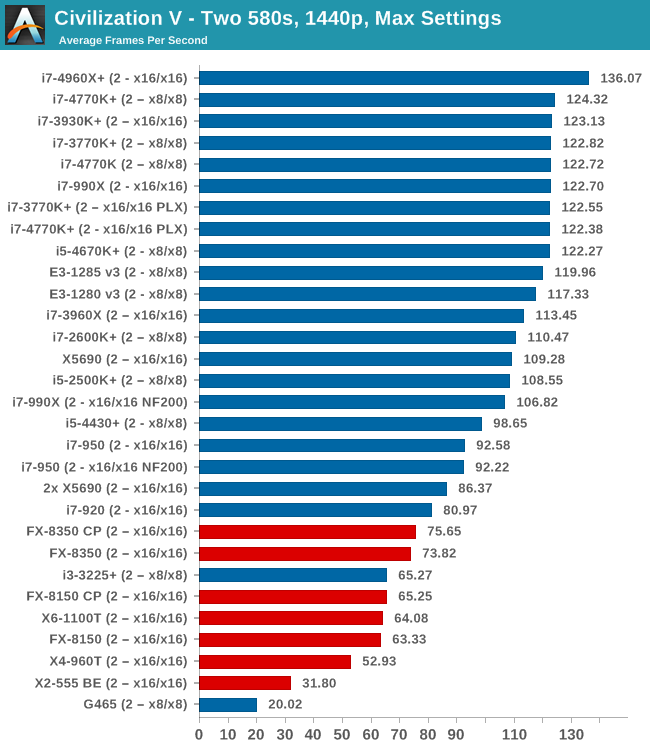 We see some of our biggest variations in CPU performance in Civilization V, where it is clear that a modern Intel processor (Ivy/Haswell), at least quad core, is needed to get the job done for the higher frame rates.  Arguably any high-end AMD processor will perform >60 FPS in our testing here as well, perhaps making the point moot.  For single CPU, the i5-4430 performs well in Civ5, though in dual GPU the i5-4670K might be a better investment.