I come away from the 11” Air with mixed feelings. The modern silicon and generally better specced 2013 model has turned the 11” Air into a far more well rounded notebook than it has been in the past, at least in base $999 form. Unfortunately, the rest of the picture isn’t as rosy. The chassis and especially the display are starting to show their age, even more so than in the 13” Air, and anyone looking for any kind of performance gain over the previous generation is out of luck. The battery life is awesome, it really changes the way you approach the system, and I still love this form factor, but it’s hard to look at this and not compare it to an Ultrabook with a far better display for the same price. 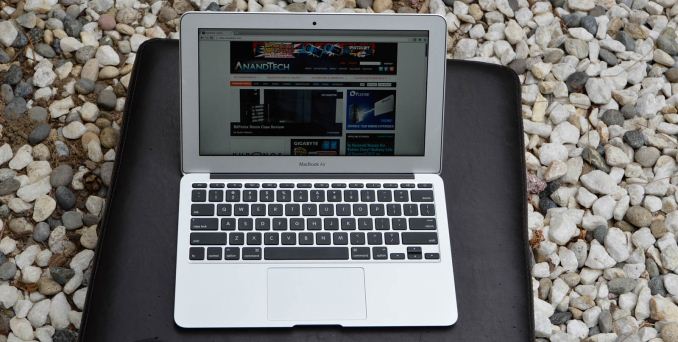 I know Anand has long said that Macs and PCs don’t get cross shopped that often, but recently I’ve been asked for notebook advice by a lot of people who are completely platform agnostic. With the emphasis on web apps, there’s not much holding a normal consumer to one platform or the other unless they have a specific reason (gaming, media creation, familiarity) to ignore one of them. So when you look at something like Sony’s VAIO Pro 11, with a 1080p IPS 11.6” capacitive multitouch display, roughly similar specs (1.6GHz i5-4200U, 4GB, 128GB PCIe SSD), a half-pound lighter body (1.92lbs) with similar dimensions, and roughly the same price point—$1049 street price at the time of writing—it makes you think.

Sure, you lose some of the niceties you get with the new Air—802.11ac, Thunderbolt, the best touchpad in the world (you can’t find another laptop in the world with that combination of things at any price, at least until the next generation of MacBook Pros come out this fall)—and Windows 8 notebooks have never been able to match the battery life of Apple’s notebook line. Sony claims 7 hours of runtime on the 34Wh battery, though it’s worth noting there’s an optional slice battery that adds an extra 35.2Wh of capacity at the cost of a 0.6 lb weight gain. The real question though, how much of the added features would be worth sacrificing for that display upgrade? 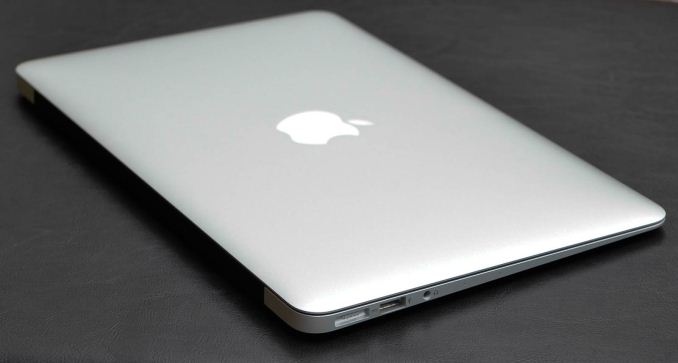 On a more global scale, I feel like this is the end of the line for the current MacBook Air chassis. It’s been around for a handful of years now, and I honestly can’t see Apple keeping it around for another go-around. Particularly given how much smaller the Haswell ULT package is and how much less populated the 2013 Air PCB is relative to its predecessors, a sleeker redesign for Broadwell seems inevitable. I’d love to see them get this closer to or even under under the two pound mark without sacrificing the aluminum chassis, because that would really push the boundaries of mobility. I’d like smaller bezels around the LCD as well, though that is more dictated by the size of the keyboard and trackpad than anything else.

Also, it’s clear that something has to give with regards to the displays. I’m not sure when it’ll happen, but it’d be very odd for Apple to continue iterating a thoroughly modern, bleeding edge computer without changing the five year old display panel at some point. Considering all that Apple has done over the years to push notebook displays, it’d be very out of character for them to not address this issue within the next couple of years, particularly as the internal silicon gets so much more power efficient.

Given where this generation of Apple portables has gone, I think the upcoming MacBook Pros will be very interesting. Apple has really prioritized battery life, and the whispers of no dedicated graphics in either MBP makes things very interesting (if a bit concerning from a performance standpoint). If the 54Wh battery in the Air 13” gets to 11 hours of battery runtime without too much trouble, just imagine what the 74Wh battery in the rMBP13 or the 95Wh battery in the rMBP15 can do with Haswell’s power efficiency, particularly if the updated MBP13 gets a single chip 28W Haswell ULT part with Iris graphics. I get chills just thinking about it. 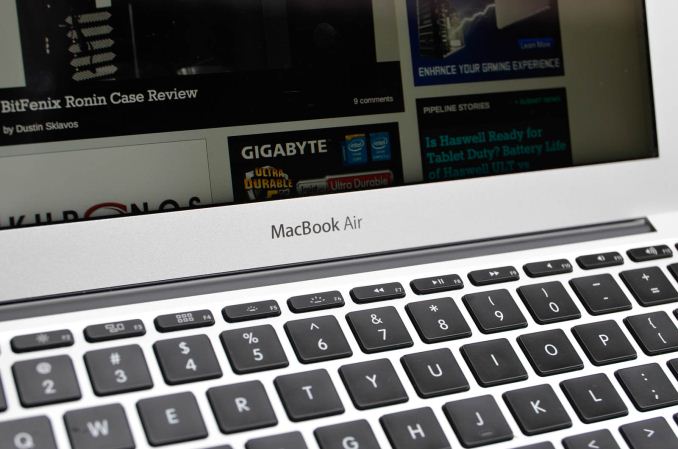 But in terms of the 11” Air, the main point of comparison that needs to be addressed is the 13” Air. I know I covered this in the intro, but it’s worth revisiting. The 13” is without question the better computer, and if you’re looking to replace a laptop, it’s definitely the way to go. I like the 11” Air as a tablet replacement—I’d rather carry this than my iPad on almost every day of the week (unless I need the built-in LTE). It’s almost impossible to use as a primary system though, the way you can with the larger Air. The difference-maker relative to the 13” Air isn’t the weight, since that’s still quite light at 2.96lbs, but the footprint. While the 11” Air is small enough to fit basically anywhere an iPad can be carried, the 13” is much closer to the size of a real notebook. The fact that I’d be making minimal compromises to carry a real notebook versus the iPad is startling, and if you need the most mobile productivity machine you can get, it’s hard to top this. As we start to see more Haswell-based ultraportables and tablets, particularly when the Haswell ULX (Y-series) parts hit, this might change, but for now I feel pretty comfortable saying that.