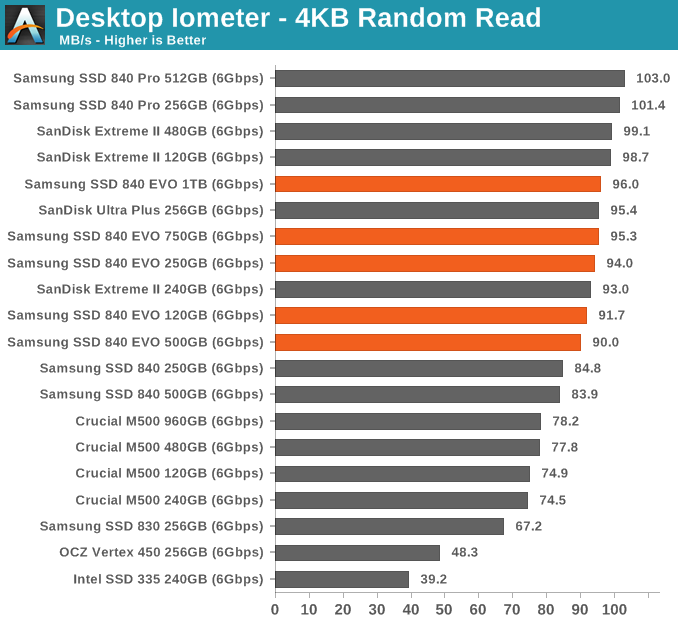 Random read speed is very close to that of the 840 Pro. The EVO doesn't look like a mainstream drive here at all. 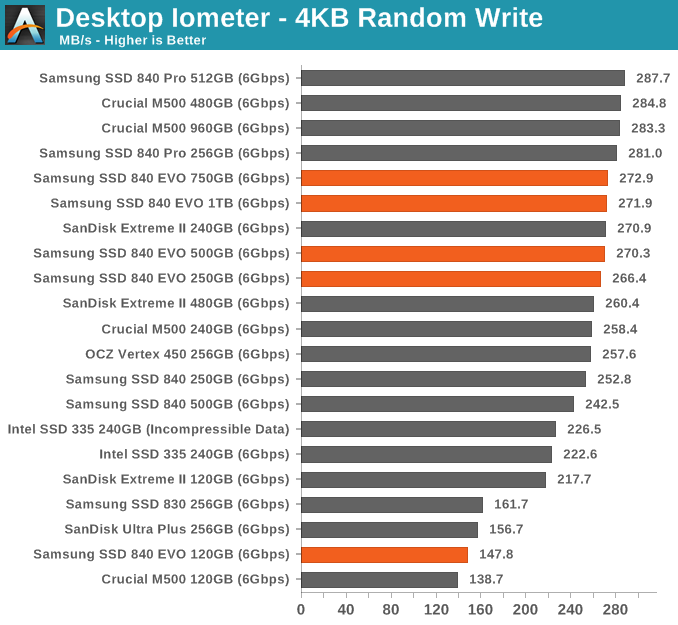 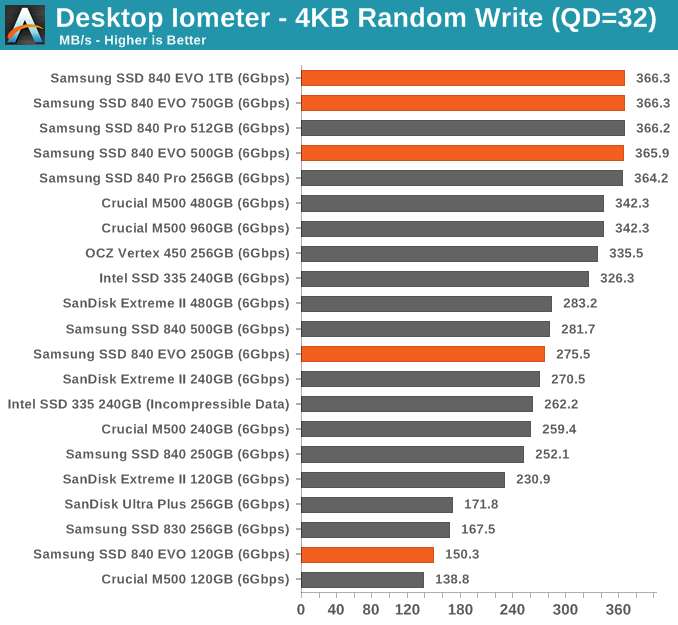 The relatively small difference between QD3 and QD32 random write performance shows you just how good of a job Samsung's controller is doing at write combining. At high queue depths the EVO is just as fast as the 840 Pro here. So much for TLC being slow.

Sequential read and write performance, even at low queue depths is very good on the EVO. You may notice lower M500 numbers here than elsewhere, the explanation is pretty simple. We run all of our read tests after valid data has been written to the drive. Unfortunately the M500 attempts to aggressively GC data on the drive, so even though we fill the drive and then immediately start reading back the M500 is already working in the background which reduces overall performance here. 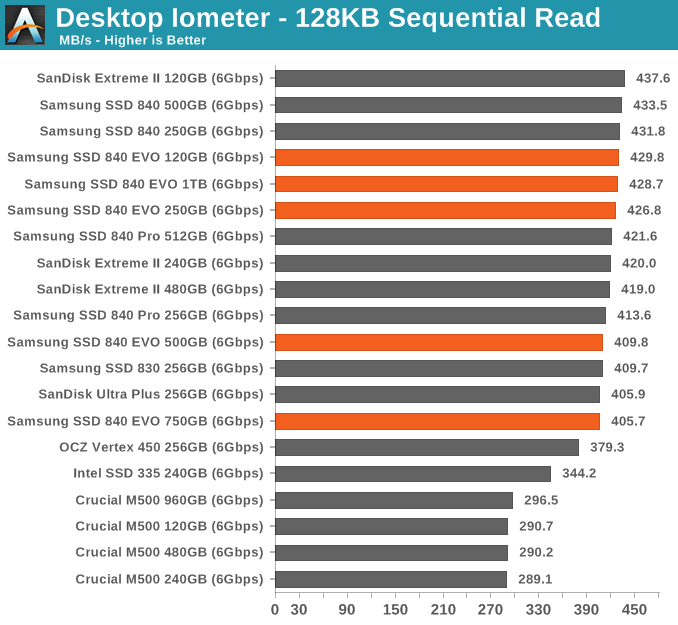 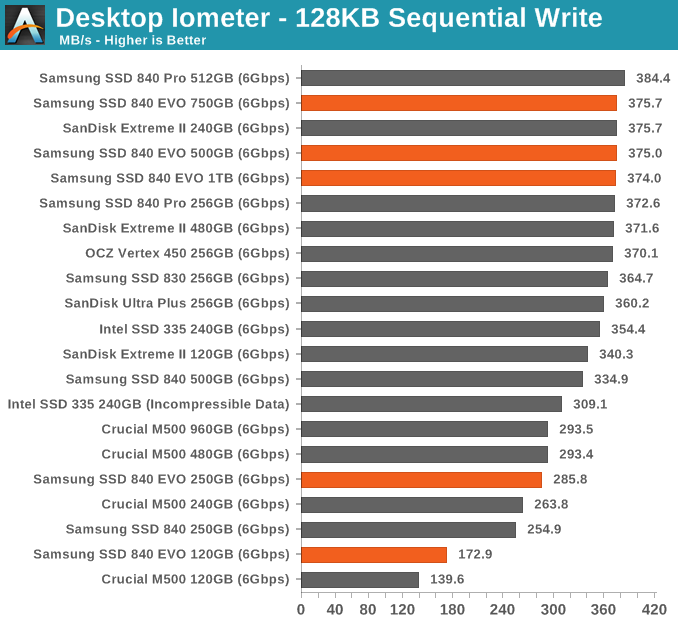 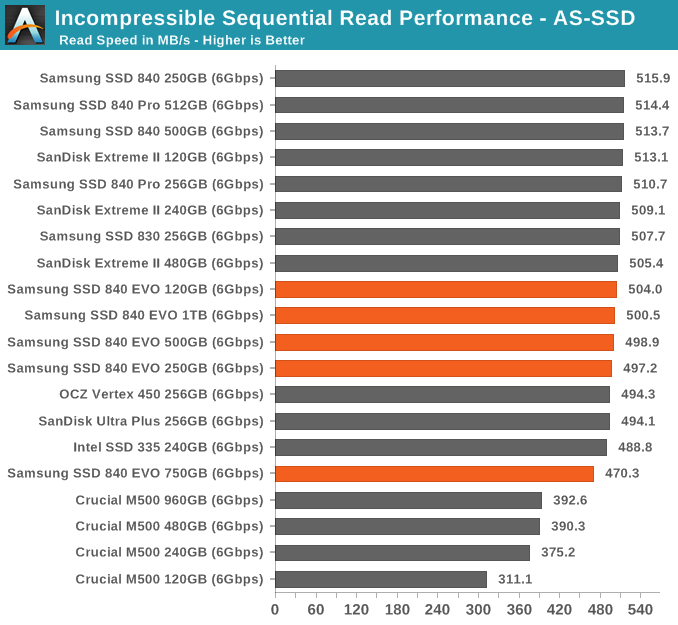 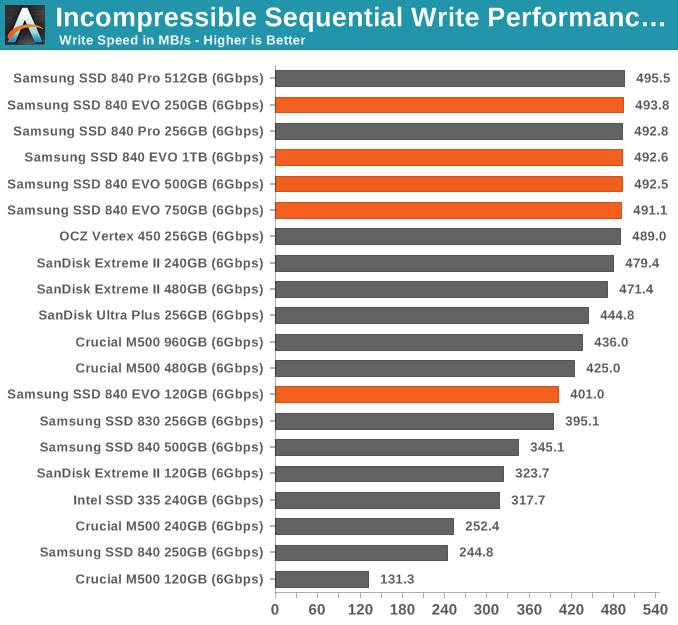