I needed an updated heavy test, one that dealt with an even larger set of data and one that somehow incorporated IO consistency into its metrics. I think I have that test. I've just been calling it The Destroyer (although AnandTech Storage Bench 2013 is likely a better fit for PR reasons). 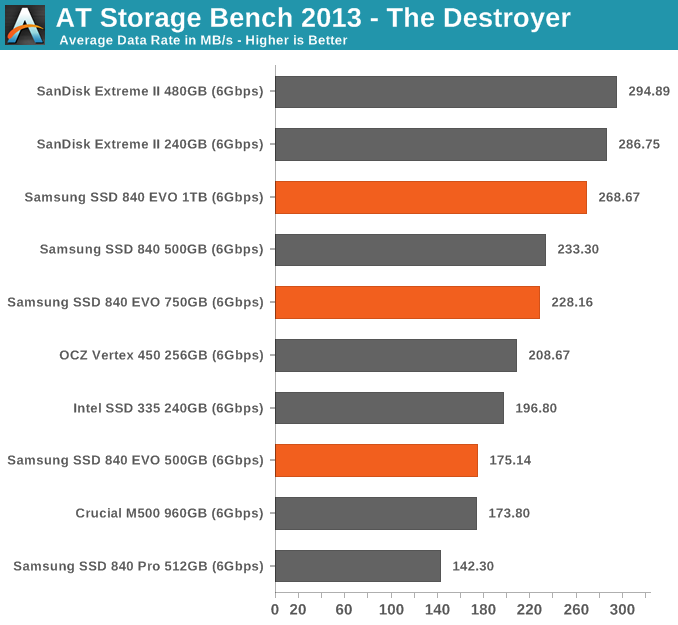 There's simply no comparison between the EVO and Crucial's M500. Even at half the capacity, the EVO does a better job in our consistency test. SanDisk's Extreme II remains the king here but that's more of a performance tuned part vs. something that offers better cost per GB. Note just how impactful the added spare is on giving the EVO an advantage over even the 840 Pro. It's so very important that 840 Pro owners keep as much free space on the drive as possible to keep performance high and consistent. 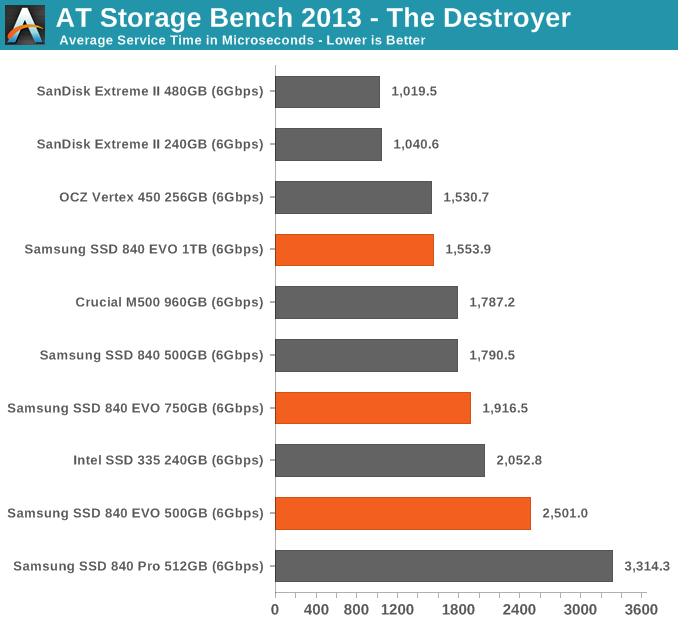