As always we’ll also take a quick look at synthetic performance, though as GTX 760 is just another GK104 card, there shouldn't be any surprises here. These tests are mostly for comparing cards from within a manufacturer, as opposed to directly comparing AMD and NVIDIA cards. We’ll start with 3DMark Vantage’s Pixel Fill test. 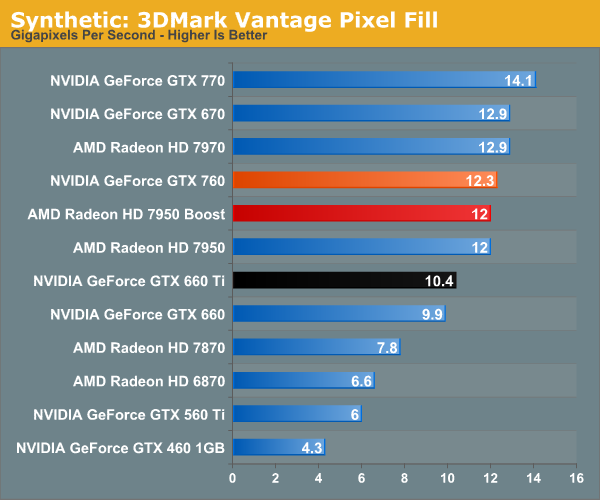 The 3DMark Pixel Fill test confirms what we’ve seen in or earlier results, with the full 32 ROP/256-bit configuration of the GTX 760 giving the card a notable advantage in this ROP and memory bandwidth bound scenario. It also validates why the GTX 670 and GTX 760 are so close in these scenarios. 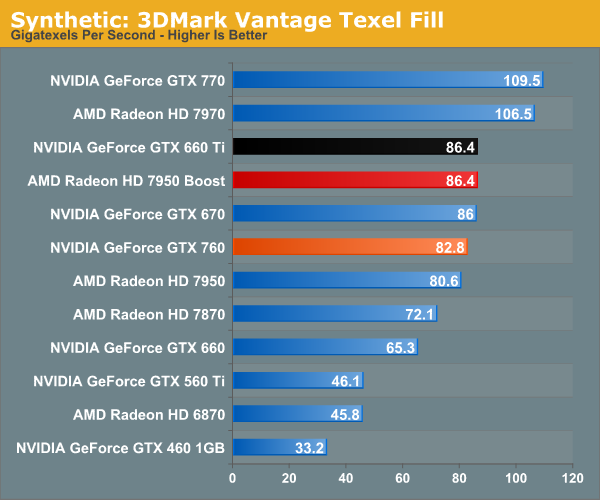 The texel test on the other hand correctly points out the worst case scenario. In purely shader and texture bound scenarios, even with its higher clockspeeds the GTX 760 still can’t make up for the lack of an SMX relative to the GTX 660 Ti and GTX 670. Thankfully as we’ve seen in our game benchmarks performance is being dictated more often by the ROP improvement than the loss of the SMX. 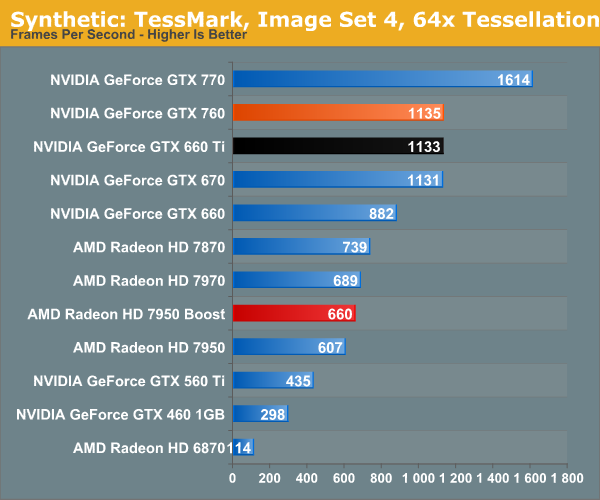 Tessmark is surprisingly consistent, with the GTX 670, GTX 660 Ti, and GTX 760 all in a virtual tie. GTX 760 lacks the Polymorph Engine that comes with the 7th SMX, but in this test the lack of tessellation performance from that loss is getting completely offset by the higher clockspeeds of the GTX 760.