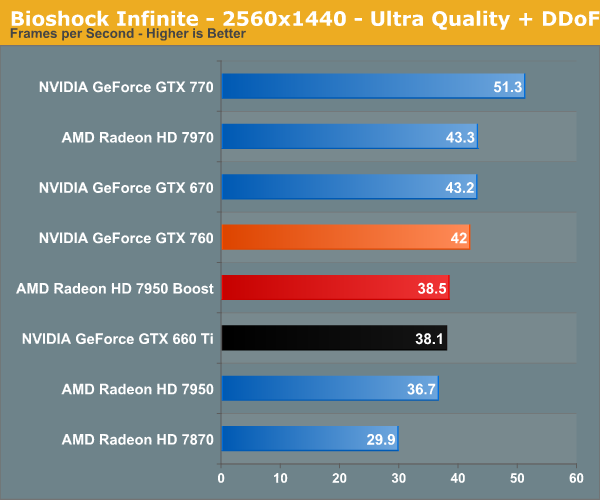 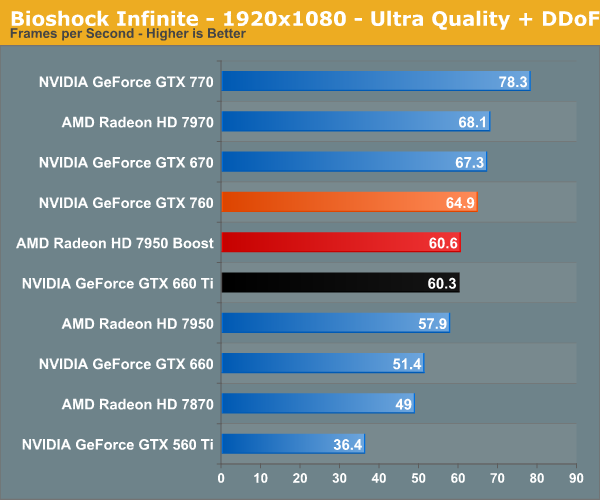 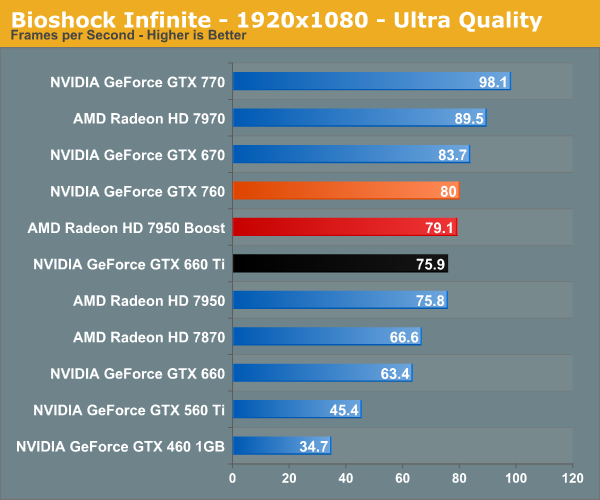 The 9th benchmark in our suite, our performance data is becoming increasingly consistent. Once more the GTX 760 surpasses the 7950B, this time by 7% at our highest 1080p settings, with both cards offering enough punch to pass 60fps. Meanwhile it’s not quite as close to the GTX 670 as it is in some other games, but nevertheless it’s another case of where the closest 600 series card is the GTX 670 and not the GTX 660 Ti.