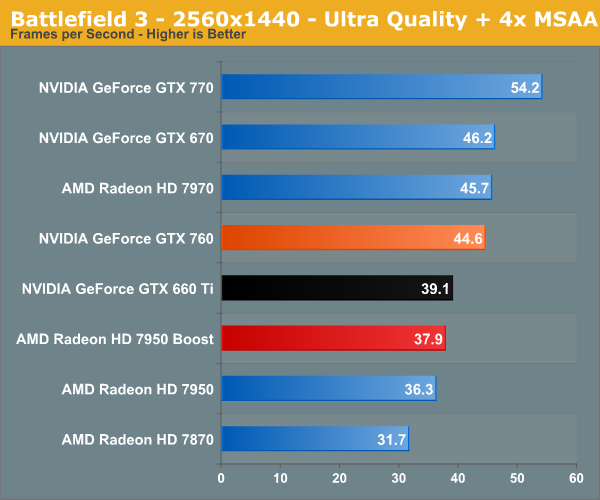 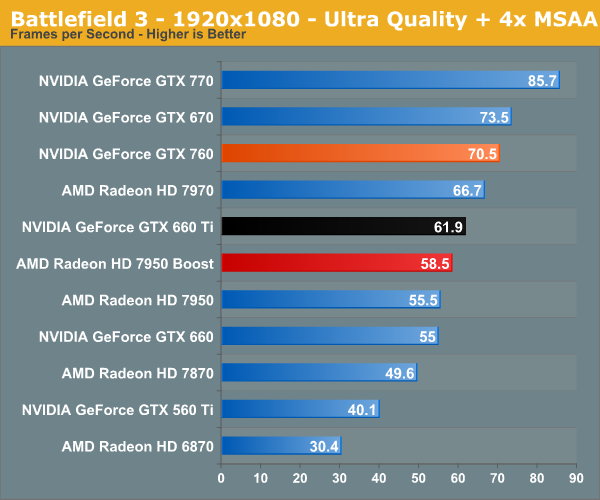 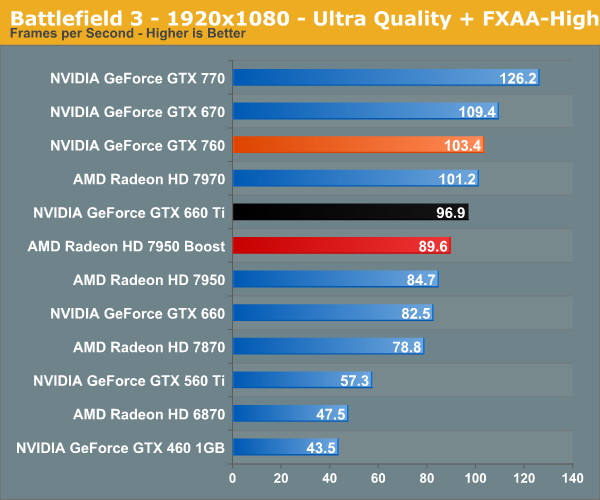 Battlefield 3 has continued to favor NVIDIA parts and the GTX 760 is no exception. The gap at 1080p with MSAA is 20%, one of the largest leads for the GTX 760 out of all of our games. Even the full-fledged 7970 is still slower than the GTX 760 here by a few frames per second.

Finally, looking at our last generation cards the GTX 760 once again cements its position as a solid generational upgrade. At 1080p without MSAA we’re looking at performance 80% better than a GTX 560 Ti, and more than doubling the 6870 and GTX 460 1GB.