For these benchmarks we stuck with the default presets (720p, normal quality).

Here the key comparisons are against the Adreno 320 based HTC One/SGS4 (T-Mobile) and the PowerVR SGX 544MP3 based SGS4 (SHEVE300S). The Nexus 10 is interesting but pretty much a blowout. Snapdragon 800 is clearly the new high-end Android tablet SoC of choice. 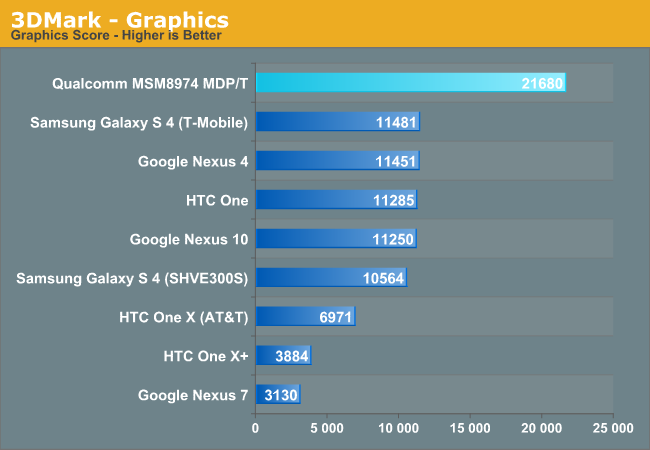 The overall graphics score from Adreno is amazing. We're looking at almost 2x the next fastest contender here, the Adreno 320 based Snapdragon 600. 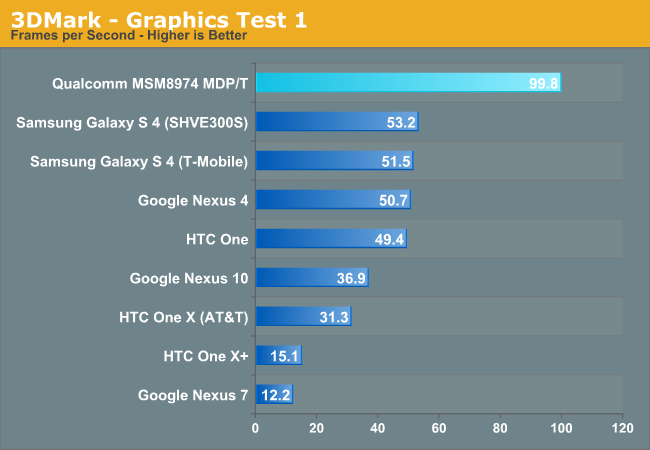 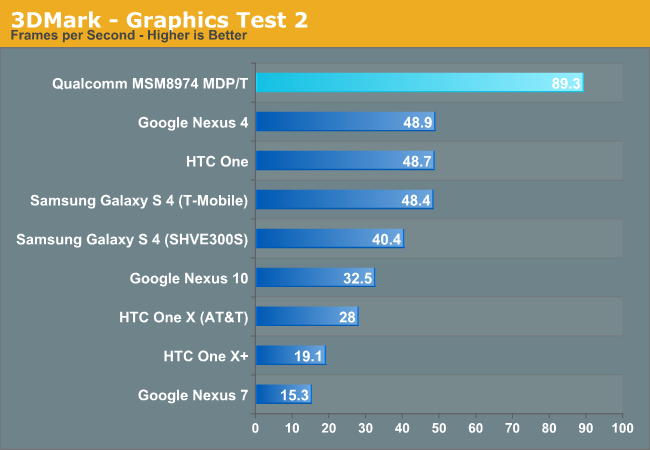 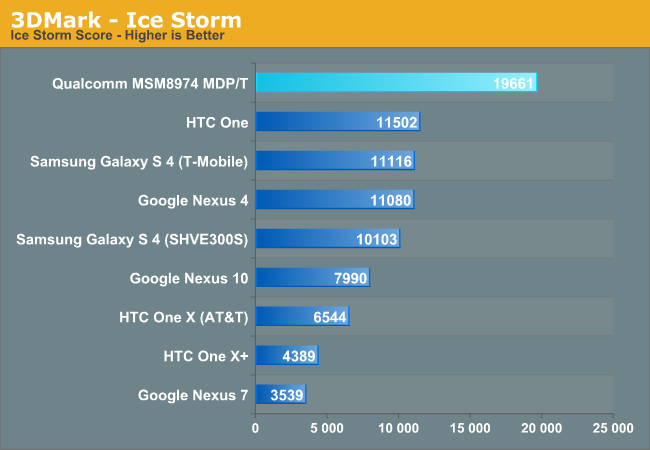 The overall Ice Storm score shows a 71% improvement over Snapdragon 600, which is the closest competitor. 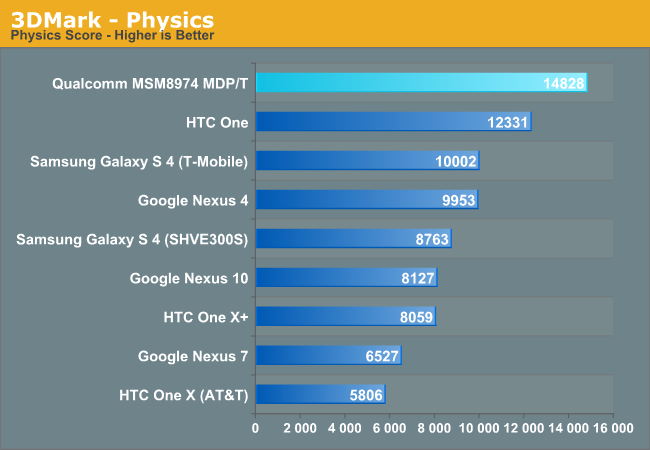 The physics test takes multicore CPU performance into account, but even then the Snapdragon 800 remains ahead of the pack. The performance advantage over the lower clocked Snapdragon 600 shrinks to just 20%, which is a bit lower than clock speeds alone would normally tell us. 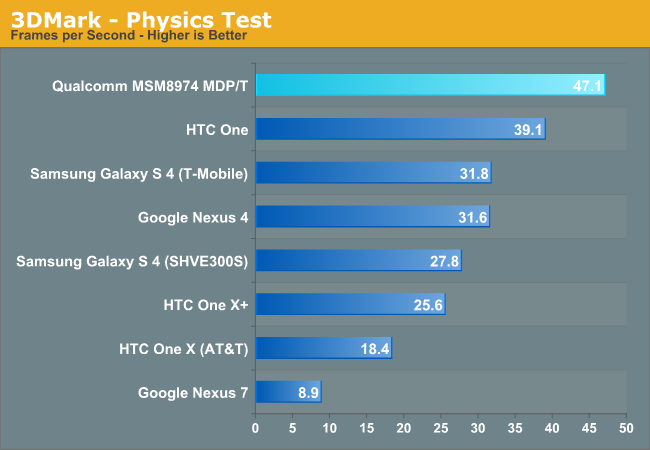