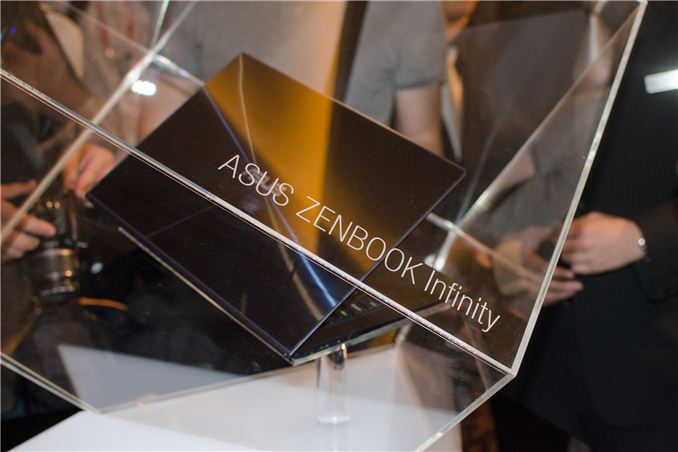 I just got seated for ASUS' annual Computex press conference, but just outside of the conference area ASUS already had its to-be-announced products on display. The most exciting? The 13.3-inch Zenbook Infinity.

Internally there's a 28W dual-core Haswell part with GT3 graphics, otherwise known as Iris 5100. Keep in mind this isn't the Crystalwell-enabled part (that's Iris Pro), but you get 40 EUs at least. We don't know too much about the system, but I have heard it might feature a 2560 x 1440 panel option similar to Acer's newly announced 2nd gen Aspire S7. 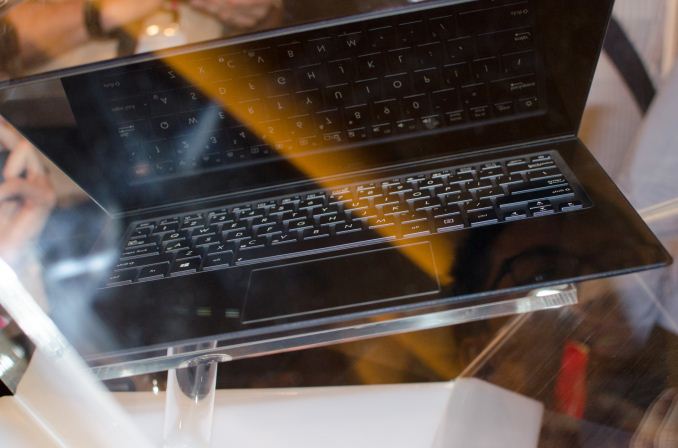 The back of the display features Corning Gorilla Glass 3, as do the palm rest and trackpad. It's a very sleek looking notebook and I'm glad to see ASUS using a GT3 variant in something at least. Along the edges of the chassis I spot two USB 3.0 ports, a mini HDMI port, mini DisplayPort (no Thunderbolt), headphone jack and an SD card reader. I'll update this post as I get more details on the notebook. 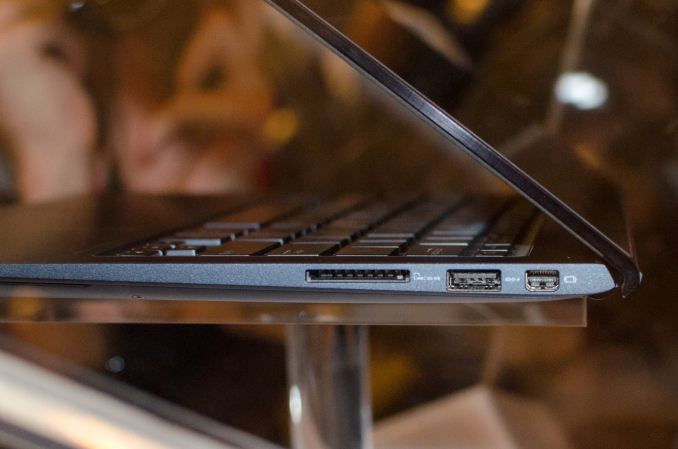