Jumping into compute, we aren’t expecting too much here. Outside of DirectCompute GK104 is generally a poor compute GPU, and other than the clockspeed boost GTX 770 doesn’t have much going for it. 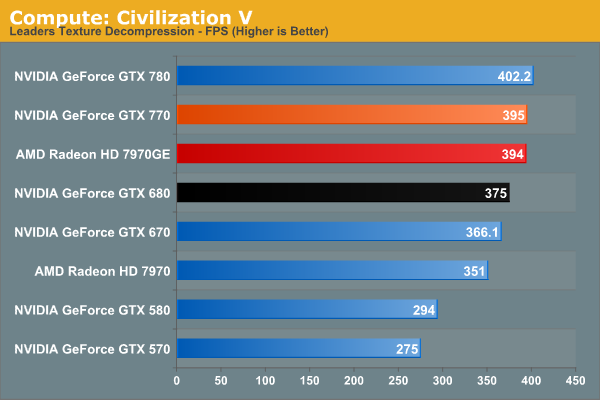 Civilization V at least shows that NVIDIA’s DirectCompute performance is up to snuff in this case. Though as is the case with GTX 780, we’re reaching the limits of what this benchmark can do, due to just how fast modern cards have become. 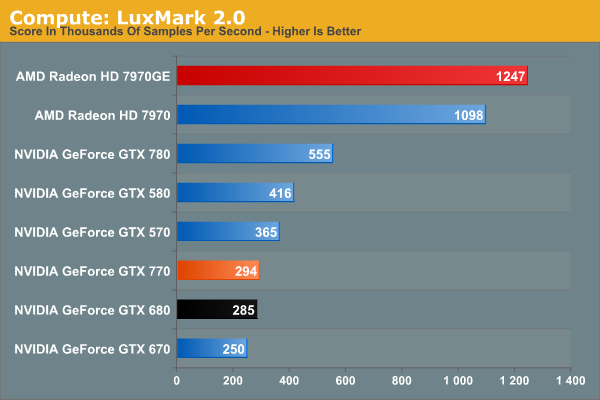 Moving on to a more general compute task, we get a reminder of how poor GK104 is here. GTX 770 can beat the slower GK104 products, and that’s it. Even GTX 570 is faster, never mind the massive lead that 7970GE holds. 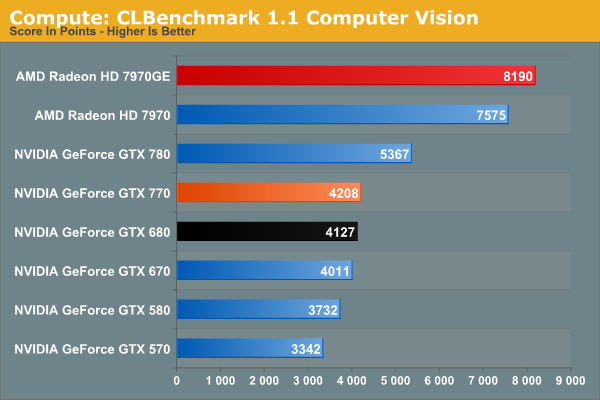 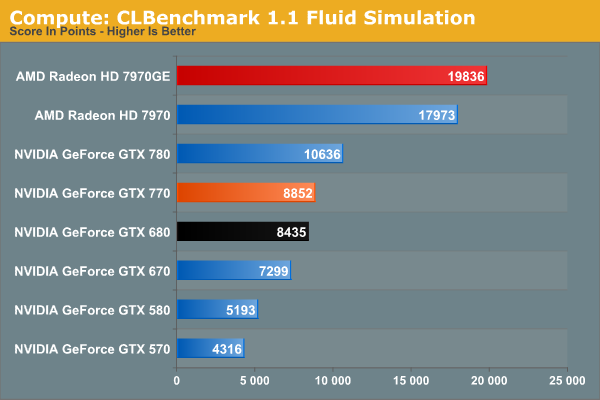 CLBenchmark paints GTX 770 in a better light than LuxMark, but not by a great deal. The gains over the GTX 680 are miniscule since these benchmarks aren’t memory bandwidth limited, and the gap between it and the 7970GE is nothing short of enormous.

Moving on, our 4th compute benchmark is FAHBench, the official Folding @ Home benchmark. Folding @ Home is the popular Stanford-backed research and distributed computing initiative that has work distributed to millions of volunteer computers over the internet, each of which is responsible for a tiny slice of a protein folding simulation. FAHBench can test both single precision and double precision floating point performance, with single precision being the most useful metric for most consumer cards due to their low double precision performance. Each precision has two modes, explicit and implicit, the difference being whether water atoms are included in the simulation, which adds quite a bit of work and overhead. This is another OpenCL test, as Folding @ Home has moved exclusively to OpenCL this year with FAHCore 17. 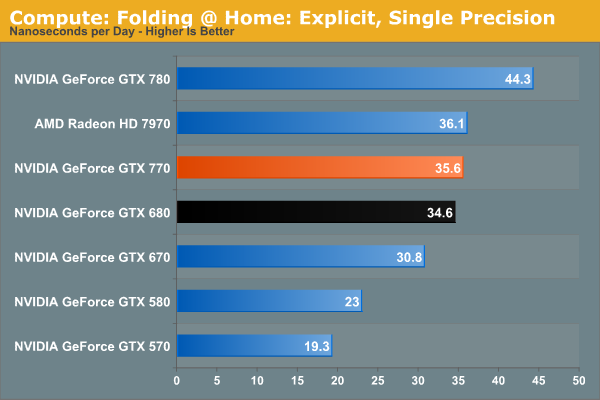 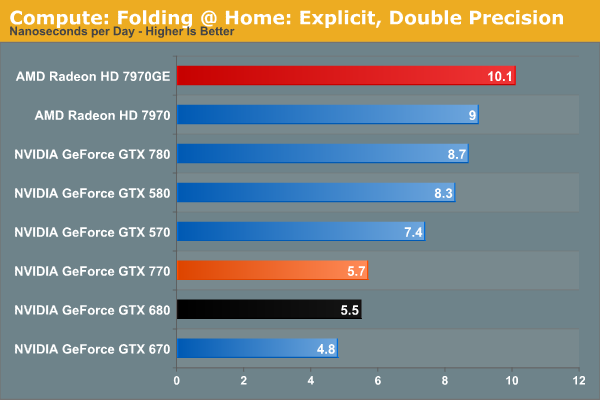 Recent core improvements in Folding @ Home continue to pay off for NVIDIA. In single precision the GTX 770 is just fast enough to hang with the 7970 vanilla, though the 7970GE is still over 10% faster. Double precision on the other hand is entirely in AMD’s favor thanks to GK104’s very poor FP64 performance. 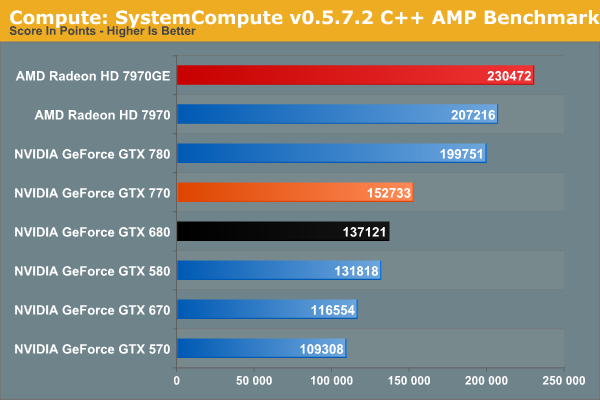