Bobcat was pretty simple from a multi-core standpoint. Each Bobcat core had its own private 512KB L2 cache, and all core-to-core communication happened via a bus interface on each of the cores. The cache hierarchy was exclusive, as has been the case with all of AMD’s previous architectures.

Jaguar changes everything. AMD defines a Jaguar compute unit as up to four cores with a single, large, shared L2 cache. The L2 cache can be up to 2MB in size and is 16-way set associative. The L2 cache is also inclusive, a first in AMD’s history. In the past AMD always implemented exclusive caches as the inclusive duplicating of L1 data in L2 meant a smaller effective L2 cache. The larger shared L2 cache is responsible for up to another 5-7% increase in IPC over Bobcat (totaling ~22%). 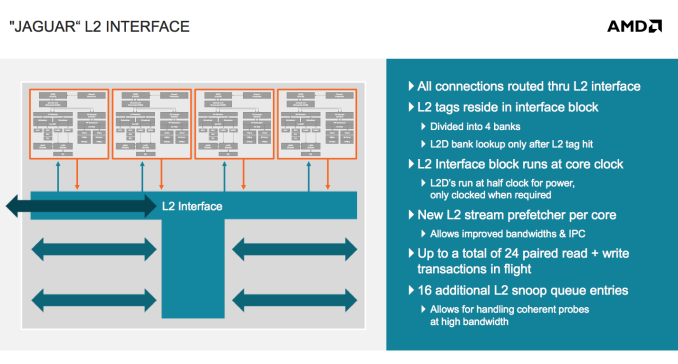 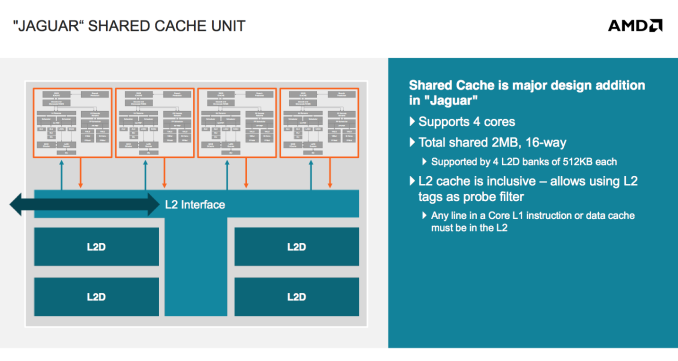 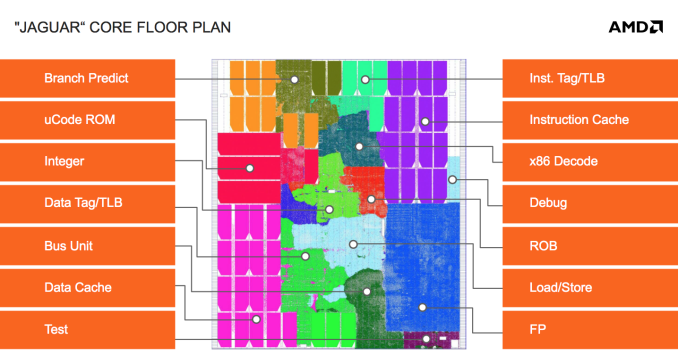 Bobcat was AMD’s first easily synthesized CPU core, it was a direct result of the ATI acquisition years before. With Jaguar, AMD made a conscious effort to further reduce the number of unique macros required by the design. The result was a great simplification, which helped AMD port Jaguar between foundries. There’s of course an area tradeoff when moving away from custom macros to more general designs but it was deemed worthwhile. Looking at the results, you really can’t argue. A single Jaguar core measures only 3.1mm^2 at 28nm compared to 4.9mm^2 for a 40nm Bobcat. 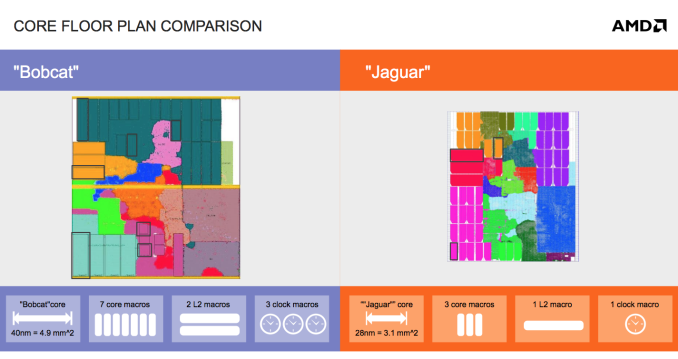