With all of that said, GTX 780 does make one notable deviation from GTX Titan. NVIDIA has changed their stock fan programming for GTX 780, essentially slowing down the fan response time to even out fluctuations in fan speeds. NVIDIA has told us that they’ve found that next to loud fans in general, the second most important factor in fan noise becoming noticeable is rapidly changing fan speeds, with the changing pitch and volume drawing attention to the card. Slowing down the response time in turn will in theory keep the fan speed from spiking so much, or quickly dropping (i.e. loading screen) only to have to immediately jump back up again. 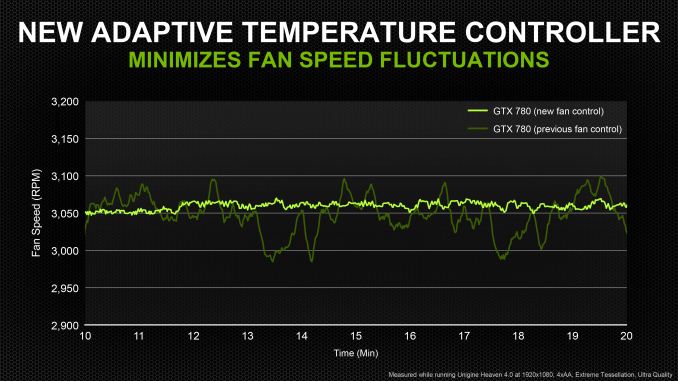 In our experience fan response times haven’t been an issue with Titan or past NVIDIA cards, and we’d be hard pressed to tell the difference between GTX 780 and Titan. With that said there’s nothing to lose from this change, GTX 780 doesn’t seem to be in any way worse for it, so in our eyes there’s no reason for NVIDIA not to go ahead with the change.

On that note, since this is purely a software(BIOS) change, we asked NVIDIA about whether this could be backported to the hardware equivalent Titan. The answer is fundamentally yes, but because NVIDIA doesn’t have a backup BIOS system, they aren’t keen on using BIOS flashing any more than necessary. So an official (or even unofficial) update from NVIDIA is unlikely, but given the user community’s adept BIOS modding skills it’s always possible a 3rd party could accomplish this on their own.

Moving on, unlike Titan and GTX 690, NVIDIA will be allowing partners to customize GTX 780, making this the first line of GK110 cards to allow customization. Potential buyers that were for whatever reason disinterested in Titan due to its blower will find that NVIDIA’s partners are already putting together more traditional open air cooler coolers for GTX 780. We can’t share any data about them yet – today is all about the reference card – but we already have one such card in-hand with EVGA’s GeForce GTX 780 ACX. 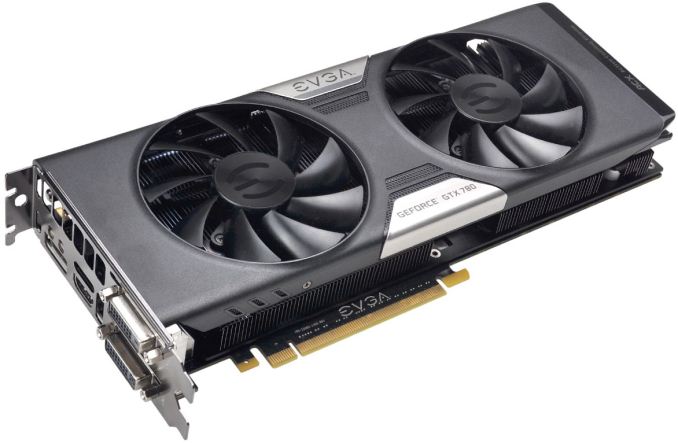 The reference GTX 780 sets a very high bar in terms of build quality and performance, so it will be interesting to see what NVIDIA’s partners can come up with. With NVIDIA testing and approving all designs under their Greenlight program, all custom cards have to meet or beat NVIDIA’s reference card in factors such as noise and power delivery, which for GTX 780 will not be an easy feat.  However because of this requirement it means NVIDIA’s partners can deviate from NVIDIA’s reference design without buyers needing to be concerned that custom cards are significantly worse than then reference cards, something that benefits NVIDIA’s partners by their being able to attest to the quality of their products (“it got through Greenlight”), and benefitting buyers by letting them know they’re getting something that will be as good as the reference GTX 780, regardless of the specific make or model. 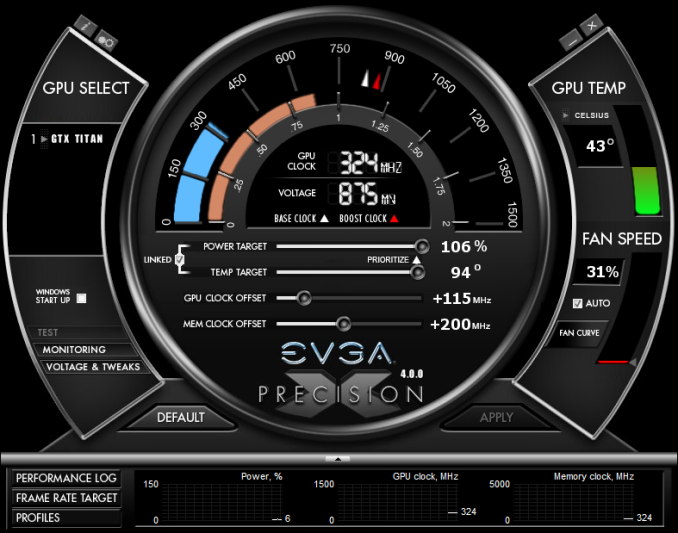 On that note, since we’re talking about card construction let’s quickly dive into overclocking. Overclocking is essentially unchanged from GTX Titan, especially since everything so far is using the reference PCB. The maximum power target remains at 106% (265W) and the maximum temperature target remains at 95C. Buyers will be able to adjust these as they please through Precision X and other tools, but no more than they already could on Titan, which means overclocking is fairly locked down.

Overvolting is also supported in a Titan-like manner, and once again is at the discretion of the card’s partner. By default GTX 780 has a maximum voltage of 1.1625v, with approved overvolting allowing the card to be pushed to 1.2v. This comes in the form of higher boost bins, so enabling overvolting is equivalent to unlocking a +13MHz bin and a +26MHz bin and their requisite voltages. However this also means that those voltages aren’t typically reached with overclocking and overvolting only has a minimal effect, as most overclocking attempts are going to hit TDP limits before they hit the unlocked boost bins.