There are no bad products, only bad prices, and that adage holds true with the Puget Systems Genesis II Quiet. In the process, though, Puget Systems has more mitigating factors to contend with beyond just delivering a price and performance competitive product. The nature of the workstation market puts increased demands on both the product and the vendor.

First, though, in terms of the tower itself, Puget brings a lot to the table. Top to bottom, the components included are the kind of high quality that you'd expect. As I mentioned previously, this is the quietest workstation I've ever tested, an impressive feat when you look at the tremendous amount of performance on tap from the two CPUs. A series of intelligent component choices, smart engineering of the chassis, and an overall clean build allow the Genesis II Quiet to very effectively achieve what Puget Systems set out to do: build an incredibly fast system that produces virtually no noise. That everything runs as cool as it does is just an added bonus.

Where things get dicey is when you compare the Genesis II Quiet to workstations from HP, Dell, and Lenovo. At this time I'm keen to point out that HP's enterprise website is hands down the worst one out there, with absolutely lousy access times and an abysmal layout. This has been true for a long time and I'm mystified as to why it's never been corrected, so if you want to order something today, you may have to forego the HP Z820. If you do manage to get through their site, though, a comparable Z820 comes in at $9,927, or $7,942 after their coupon code is applied. That's $300 more, but in exchange you get a workstation GPU to start with and three years of enterprise class warranty coverage and support. 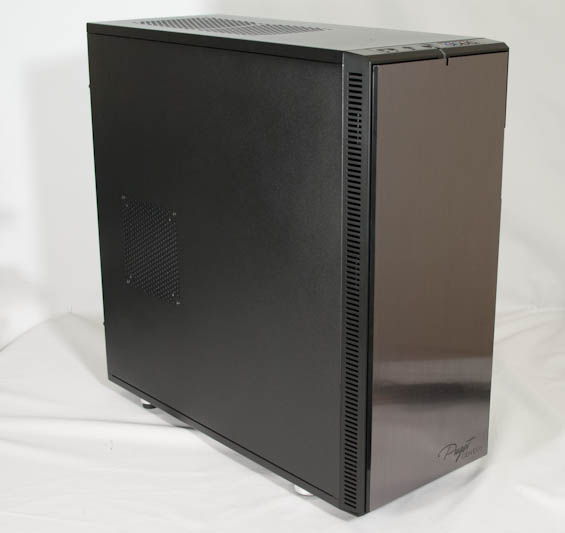 Unsurprisingly, Dell eats the competition alive with a workstation sporting two slightly faster processors at $6,972. Again, you get an entry-level workstation card and three years of enterprise class warranty coverage and support standard. You also get Dell's RMT (Reliable Memory Technology), unique to them, which isolates and cordons off bad memory while maintaining uptime. And both Dell and HP have repair depots sprinkled liberally throughout the country, something Puget Systems is unfortunately just too small to offer. Lenovo's the only company that can't compete; they start at over $10k for a similar configuration, and though you get the same three-year parts and on-site labor warranty, there's no reason to spend the extra money.

At this point I'm being slightly unfair to Puget Systems; if you cut $150 from the cost of the Genesis II Quiet, you can get an entry-level workstation card and be on your way, and the build itself has a lot to recommend it. The problem is that they have find some way to beat the three-year standard warranty with on-site repair that major vendors offer, and just having a computer that runs silently with higher quality parts isn't going to cut it. I understand why they only offer a one-year warranty on their consumer machines; offering a parts warranty for two to three years may be industry standard, but technology rollover in the consumer PC industry is fast and it may be difficult if not impossible to source replacement hardware. On the enterprise side, this doesn't really hold water; if you're selling a workstation, it needs a three-year warranty, period, and if you're going to cite enhanced reliability on your component choices then you need to be willing to back it up even if only for your customer's peace of mind.

I don't know that anything can be done about the price; bigger vendors like HP and Dell get sweetheart deals that can make it difficult to compete on that front. And it's tough to compete with companies that large that can just set up supply depots and send repair technicians out into the field all over the country. I feel like Puget Systems need to at least up their parts warranty to three years on the Genesis II Quiet Edition; a workstation that starts at $3,000 and only goes up from there has no business with just a one year warranty. If they can do that, I can find a reason to recommend the otherwise excellent Genesis II.