The Toshiba KIRAbook may be using the current "entry level" low voltage Intel Core i7, but it's still an extremely fast processor. The Ivy Bridge-based i7-3537U features a nominal 2GHz clock speed and is able to turbo up to 2.9GHz on both cores or even 3.1GHz on a single core, power and thermals depending. The HD 4000 graphics are also able to jump to 1.2GHz, but that advantage is likely to be much more modest. Finally, the SSD in the KIRAbook is a very capable one and should help it out in PCMark. 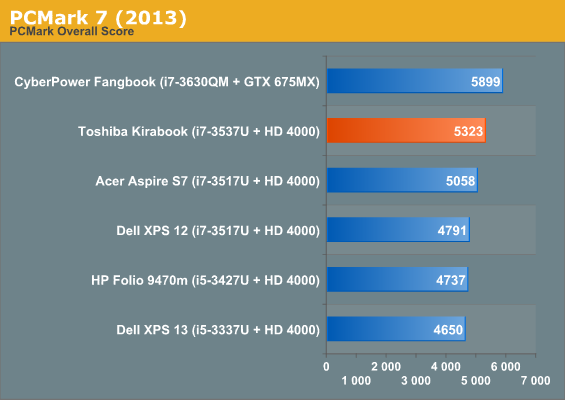 PCMark 7's leanings towards SSDs are essentially correct; as a whole, the i7-3537U in the KIRAbook is faster than any of the other ultrabooks tested, and the SSD is definitely snappy. It's remarkable that the vastly more powerful CyberPower Fangbook (which includes a 256GB Samsung 840 Pro) doesn't bludgeon the KIRAbook harder. 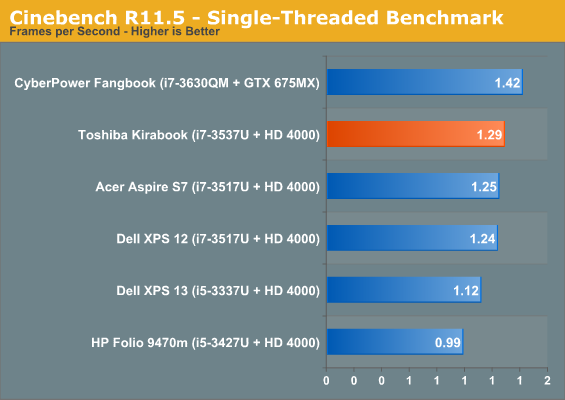 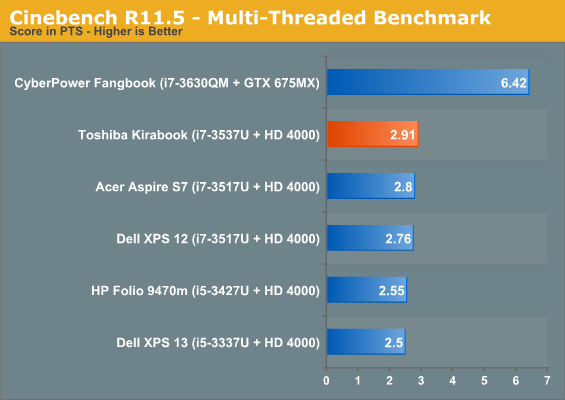 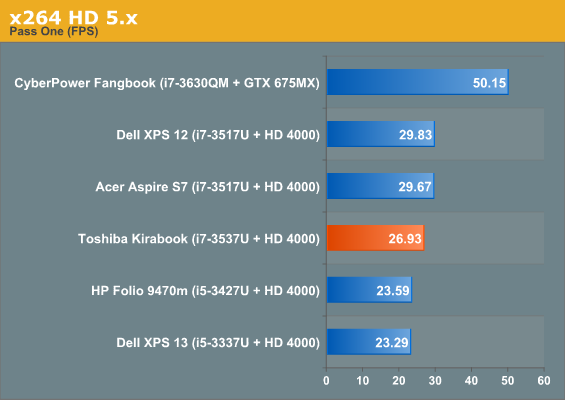 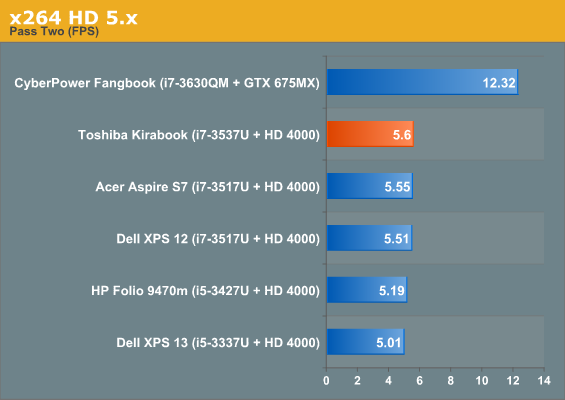 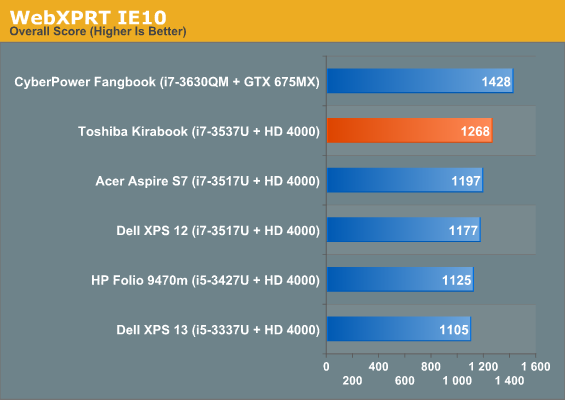 CPU-centric benchmarks are also mostly in the KIRAbook's favor, but the first pass in x264 isn't as strong as it ought to be. The entry KIRAbook will be equipped with the same CPU as the Dell XPS 13 in these charts, so you're looking at a measurable decrease in CPU performance going that route. If the extra $400 for the upgrade to our review unit meant more than just Windows 8 Pro, a touchscreen, and the i7-3537U it might be easier to justify, but the i5-3337U is still a totally serviceable CPU. 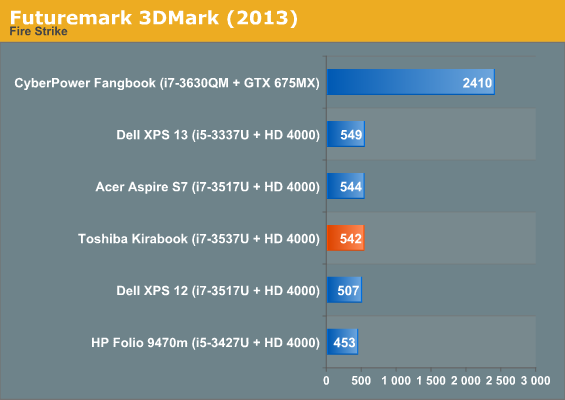 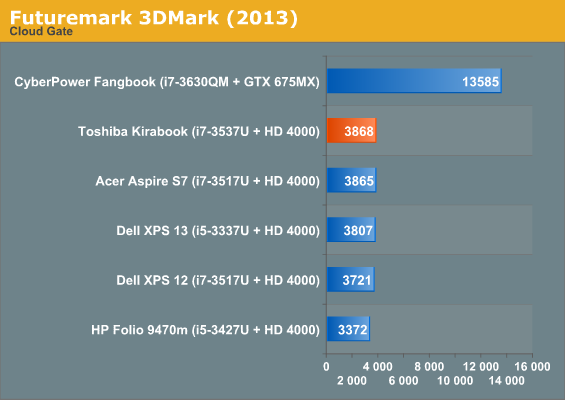 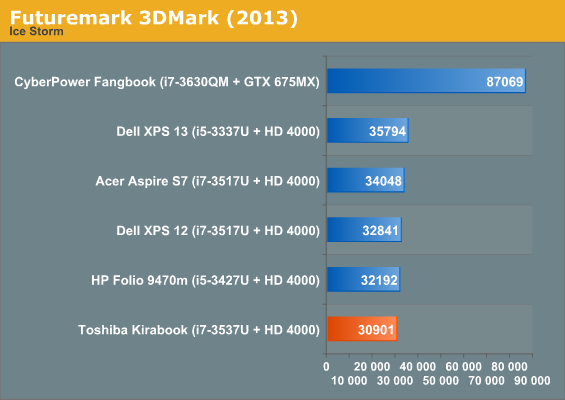 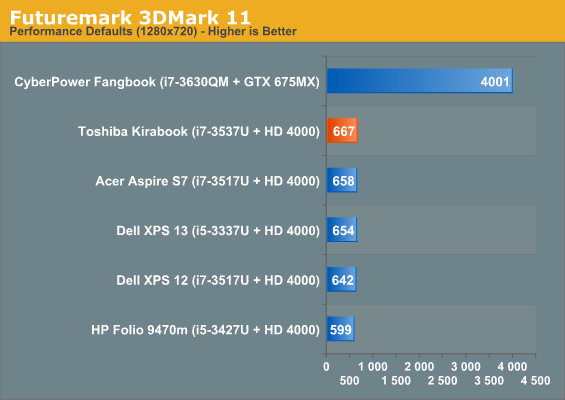