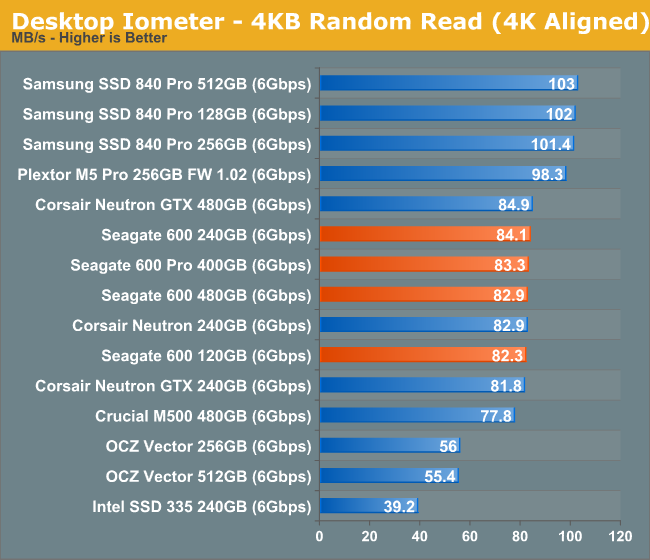 Random read performance is consistent across all capacity points. Performance here isn't as high as what Samsung is capable of achieving but it is very good. 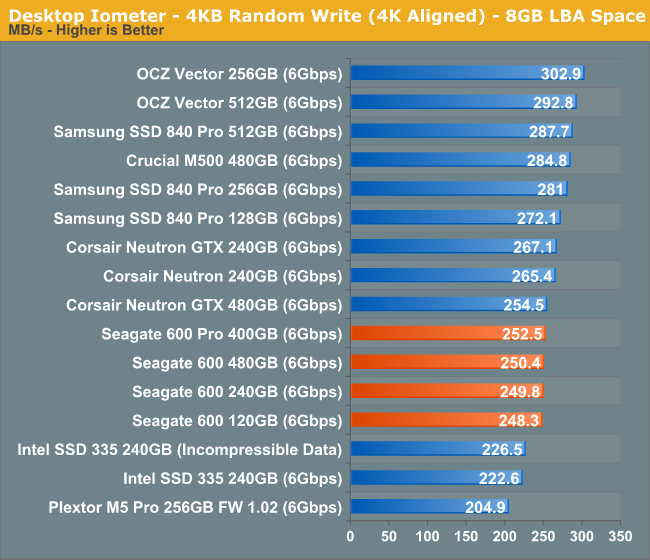 Low queue depth random write performance has just gotten insanely high on client drives over the past couple of years. Seagate doesn't lead the pack with the 600 but it does good enough. Note the lack of any real difference between the capacities in terms of performance. 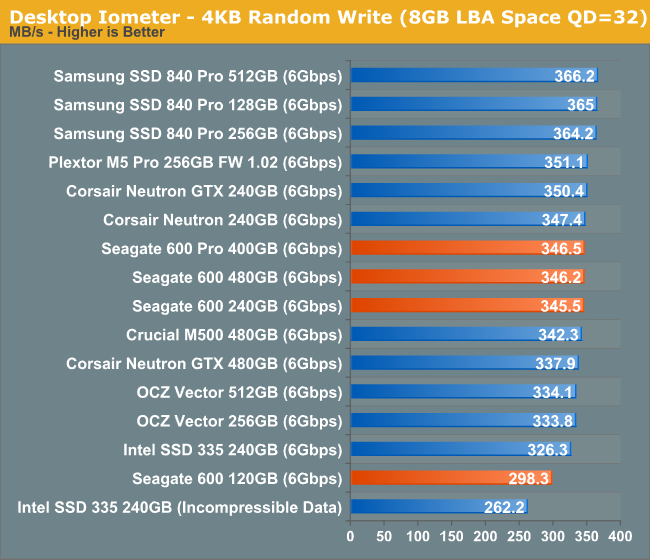 Ramp up queue depth and we see a small gap between the 120GB capacity and the rest. The 600/600 Pro climb the charts a bit at higher queue depths. Note the lack of any performance difference between the 600 and 600 Pro at similar capacities. 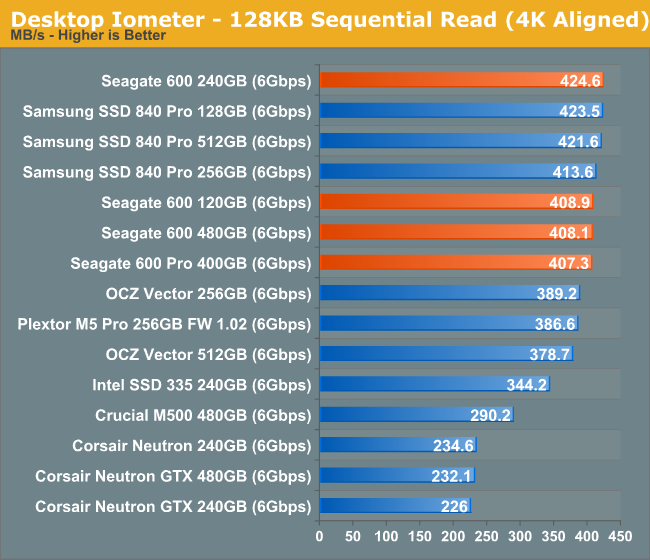 Here's how you tell that Seagate has client drive experience: incredible low queue depth sequential read performance. I'm not sure why the 240GB 600 does so well here, but for the most part all of the drives are clustered around the same values. 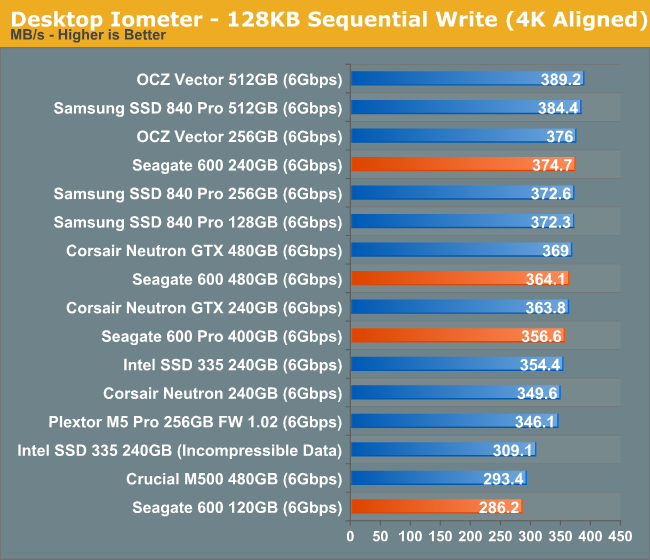 Low queue depth sequential writes are also good. The 240GB capacity does better than the rest for some reason. Only the 120GB capacity shows any sign of weakness compared to other class leaders. 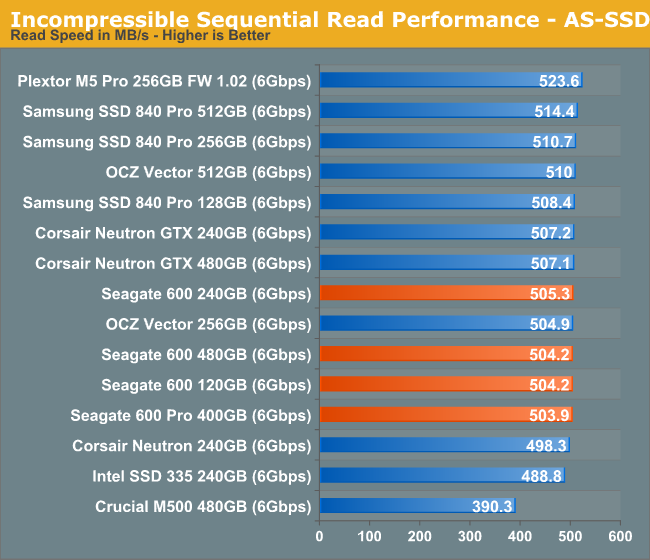 On the read side, at high queue depths we're pretty much saturating 6Gbps SATA at this point. The fastest drive here only holds a 3% advantage over the 600s. 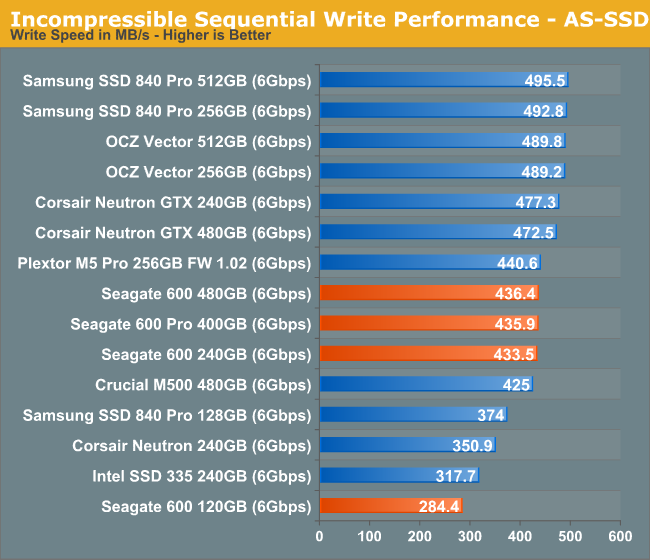 Once again we see solid performance from the 600s. There's no performance advantage to the Pro, and the 120GB capacity is measurably slower.