On the camera side Samsung is in an interesting position. The industry trend is overwhelmingly to go to more pixels and push the megapixel count up from 8 MP where most flagships sat last year to around 13 where they will sit this year. Samsung has to push that number to keep itself in a defensible and marketable position and at the same time deliver a camera experience that’s better than the previous year. 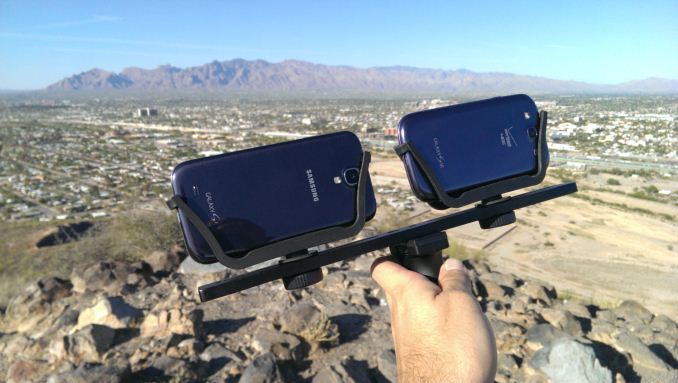 I published a table in the One review with the camera specifications from the previous generation. I’ve filled this in with confirmed information from the SGS4 review unit I have been taking samples with. With SGS4 Samsung does make some pretty considerable improvements, many of which undo some of the regressions that I described with SGS3. Focal length is now quite a bit longer, from the very wide SGS3 which was around 26mm in 35mm effective numbers, to 31 mm. This is a notable difference if you’re shooting with the two side by side, the SGS3 was always shockingly wide for a rear facing camera.

At the same time, F-number has improved dramatically, from the F/2.6 or 2.65 (I’ve seen both at times) aperture on the SGS3 to a much faster F/2.2. This dramatically improves the light collection abilities of the camera, by essentially a half stop. It’s difficult optical design to both keep the module thin enough to fit in the device without creating a huge bump (there’s a camera bump on SGS4, it’s there), increase focal length, improve F/#, and improve MTF for a better sensor all at the same time.

On the rear facing camera we see a Sony CMOS who continues to dominate the space, this time with an IMX091PQ sensor. On the front we Samsung’s own sensor, the S5K6B2 get used. Samsung also continues to go with a dedicated Fujitsu ISP inside the SGS4, this time it’s a new M10MO family which there isn’t a whole lot of information about. I suspect this continues to be done to mitigate the differences in SoC ISP between the APQ8064ab variant and Exynos 5 version and make tuning easier on Samsung’s camera team.

Imaging is increasingly a key differentiator for smartphones since it’s that device you always have on your person to take images with. For SGS4 camera is more of an emphasis this time around than it was with SGS3, which largely kept everything the same and just added software features. SGS4 brings better hardware and additional software features to do something with the hardware.

Outdoors in bright light the increased spatial resolution afforded from going from 8 MP to 13 MP helps. Samsung still does a lot of sharpening and there are halos around a ton of different features if you know where to look, but that’s the tuning they have opted for. I suspect we still are outresolving the sensor here, but I’m impressed with what I see with enough light. I took a lot of photos side by side with SGS3 and find SGS4 a notable improvement, but I’m not sure whether that’s just more damning commentary on SGS3 than anything else. I haven’t had time to put together many side by sides with buttons yet. I’ve been shooting with the HTC One on −2 sharpness since I prefer it that way, note that I accidentally left it this way with when making comparisons here since that’s still my daily driver until I can get an AT&T or T-Mobile SGS4 to use.

In lower light unsurprisingly we see the SGS4 offer better results than the SGS3 but still not quite as good as the HTC One. Samsung recently introduced low light shot on the SGS3 and Note 2, this feature carries over to the SGS4 but gets renamed back to Night Mode, even though behavior appears superficially to be the same. The SGS4 also introduces an auto night mode toggle, although this ships by default turned off. The mode automatically switches on night mode when it senses that you’re going to underexpose using the auto presets, I would advise basically leaving this on all the time. Unfortunately night mode introduces huge shot to shot latency that seems to be on the order of seconds — tap the button, capture runs, then there’s a progress bar that pops up while multiple exposures are ostensibly recombined into one image. You also have to be exceptionally steady to get an image without blur since it appears that this mode takes multiple images to get to the end goal — a better exposed image without tons of noise.

In the end there’s really no free lunch for anyone — you can temporally oversample (Samsung low light shot, or longer exposures with OIS like Nokia), or increase the size of your sampling area (larger pixels a-la HTC One), or do nothing and just give up unless you’re in a bright outdoor setting.

Samsung has introduced a bunch of new photo modes in the software on the SGS4, a number of which are actually pretty functional and awesome. There's the ability to create animated gifs from right in the camera, for example, where users paint a mask around the region they want animated from a short capture. This is essentially the same as Nokia's cinemagraph Lens from the Lumia 920, but it's still quite cool. 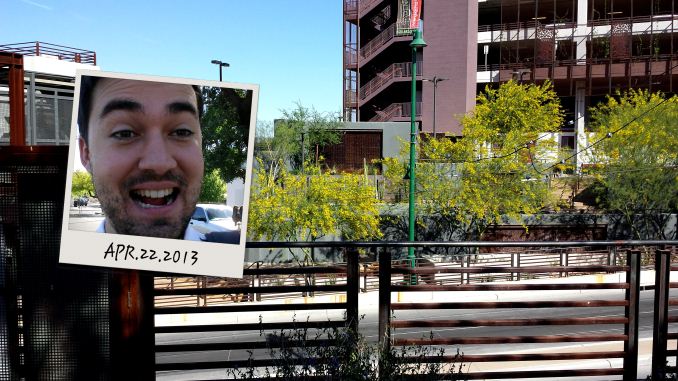 There's also dual camera, which lets you include a small overlay of the front facing camera atop the rear facing camera image. It initially struck me as a bit gimmicky but actually can be hilariously fun to share your face atop images to friends. It is also quite possibly the stuff of nightmares.

Panoramas on the SGS4 also are nicely put together and integrate continuously rather than get combined from a number of discrete images. The result is quite nice. 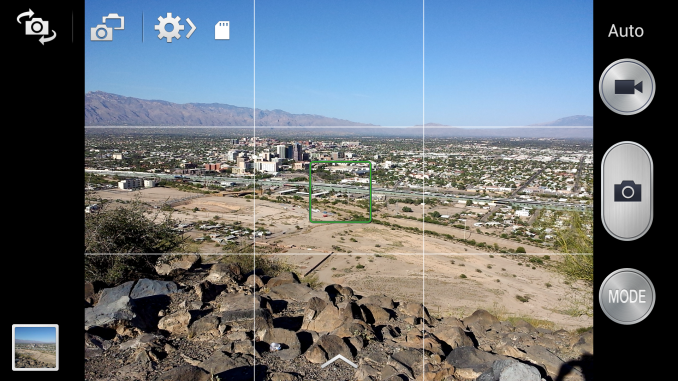 The user interface on SGS4 is a departure from the interface which has been present on previous Galaxy smartphones, and instead takes much UI/UX from the Galaxy Camera. Gone are the customizable toggles on the left side, instead options are in an expandable menu at the very top, and then another separate window. I got used to it pretty quickly but do miss the ability to customize the quick settings buttons on the left side and used to think that Samsung had the most powerful camera interface around. Things are moved around generally in a logical fashion however and I can understand how much this works to make transitioning between Galaxy Camera and SGS4 easy. 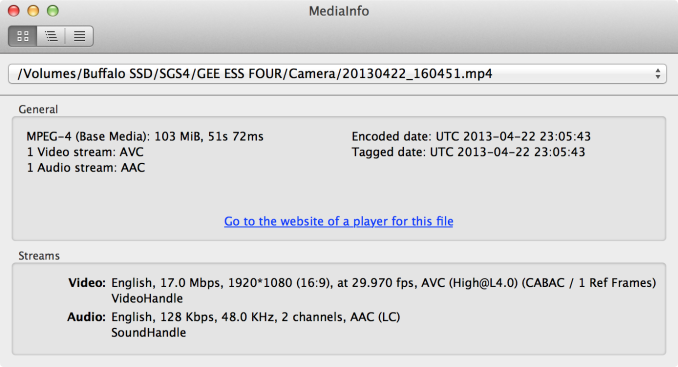 I've done the usual thing and uploaded a sample to YouTube as well as our own servers for your inspection.

Video quality looks really nice and sharp on SGS4 from what I can tell by default. Anti shake (EIS in this case) is disabled out of the box, enabling it pops up a box warning you that stills captured during video record will be a different field of view.