Catching up on announcements from GDC 2013, we’ll kick things off with AMD. Though AMD doesn’t use traditionally GDC to formally launch consumer products since it’s not a consumer show, when it comes to professional hardware this is another story. To that end AMD is using GDC 2013 to announce some new professional products.

AMD’s first announcement out of the show is a new line of server video cards. Dubbed the Radeon Sky family, these are new cards based on AMD’s existing Pitcairn and Tahiti GPUs, targeted for use in cloud gaming deployments. These are passively cooled cards intended to be sold directly to cloud gaming providers, and despite the Radeon name are not consumer cards. 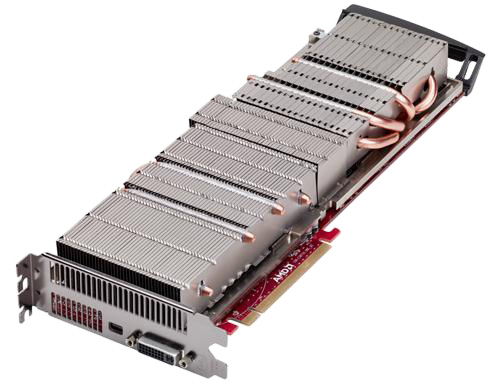 Altogether there will be 3 Sky cards, the 900, 700, and 500. The 900 is a dual-Tahiti card (not too unlike the FIrePro S10000), meanwhile the 700 is a single-GPU Tahiti card, and finally the Sky 500 is a Pitcairn card. We know the number of enabled CUs for each along with memory clockspeeds, but AMD has not published the core clockspeeds. Given the power and thermal constraints of a server environment, it’s a safe bet this won’t be as high as consumer Radeon desktop cards. 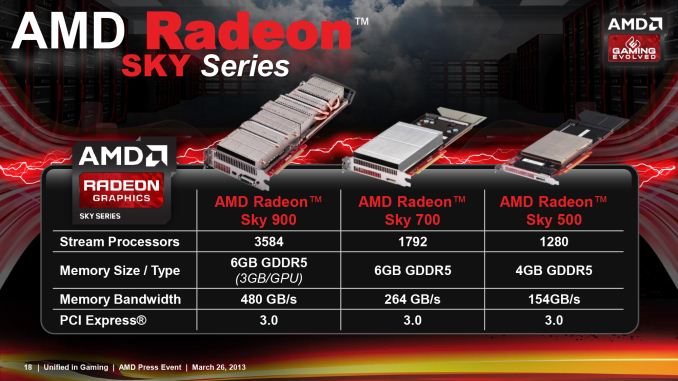 Coupled with the Sky series is a new piece of software from AMD called RapidFire technology. Unfortunately we don’t have much in the way of details on it at this time. The first two aspects of it – “low latency” and “HD image quality” – are essentially just branding AMD’s Video Codec Engine (VCE) hardware video enecoder. We do not know at this time quite where AMD is going on the subject of multiple video steams; this may be their branding for utilizing virtualization to run multiple game instances on a single GPU in order to achieve high server densities, but we’ll follow this up when we know more. 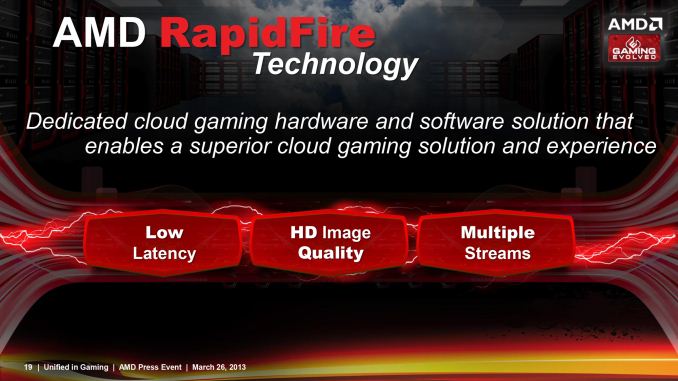 Radeon Sky cards will start shipping in Q2 of this year, and AMD is already demoing them to press and partners alike now. AMD is making a direct-pitch play for the cloud gaming space, joining the rest of the gaming industry in believing that cloud gaming stands to become a multi-billion dollar market very quickly, and one they want to be a part of. The Radeon Sky series will be going up against NVIDIA’s GRID cards in this space, which are the hardware backing their GeForce GRID initiative.