Benchmarks were run under both Linux and Windows for evaluating performance under single client scenarios. Intel NASPT was used under Windows and IOMeter was used under Linux. 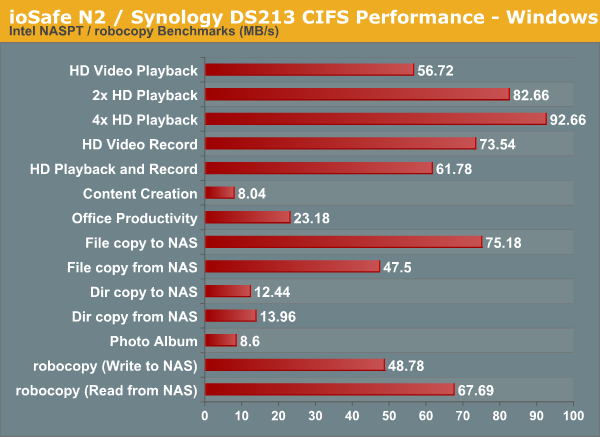 For iSCSI performance evaluation, a 250 GB target was set up and mapped on the benchmarking machine. 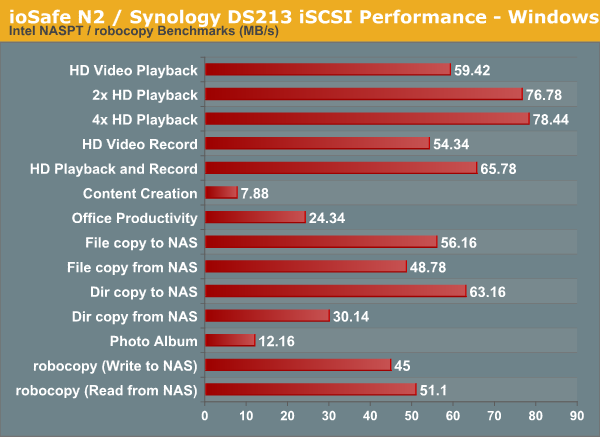 A CentOS 6.2 virtual machine was used to evaluate NFS and CIFS performance of the ioSafe N2 when accessed from a Linux client. In order to standardize the testing across multiple NAS units, the following parameters were used to mount the NFS and Samba shares:

Note that we have not tried to optimize NFS performance for the NAS. In order to keep things as uniform as possible, we will just look at comparative performance on the basis of the default mounting options combined with the above (which are set to avoid caching effects on the client side). The scripts available here were run on IOMeter. The graph below presents the various results. 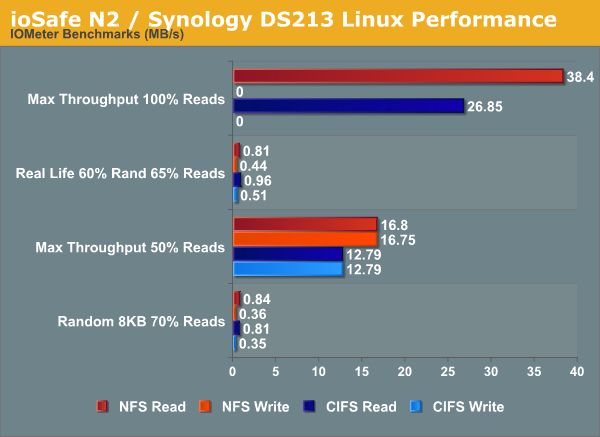