I like to play a game where I guess what platform and what features phones will have in the next generation, and if you're anywhere at all close to this industry it doesn't take a lot of clairvoyance to get pretty darn close to a perfect prediction. This year it's something along the lines of - 5-inch display with 1080p, quad core Snapdragon 600 or similar, all the usual air interfaces, probably from MDM9x15, and a 13 MP rear facing camera. So much of the platform is dictated by those choices, and the rest of it means that OEMs have to resort to whatever they can to differentiate themselves. When I heard about the One, I was blown away because so much of it wasn't the prevailing industry trend for this generation. With the right hardware choices, so much of it hinged on getting the marketing message right as well, which traditionally has been HTC's weak point even since moving from being an ODM to an actual brand. In the current market, great hardware just doesn't sell itself anymore. That doesn't mean 'specs are dead' — a phrase that usually will solicit laughter from me — it's just a part of what makes a device successful, the rest is experiences and doing something with it. 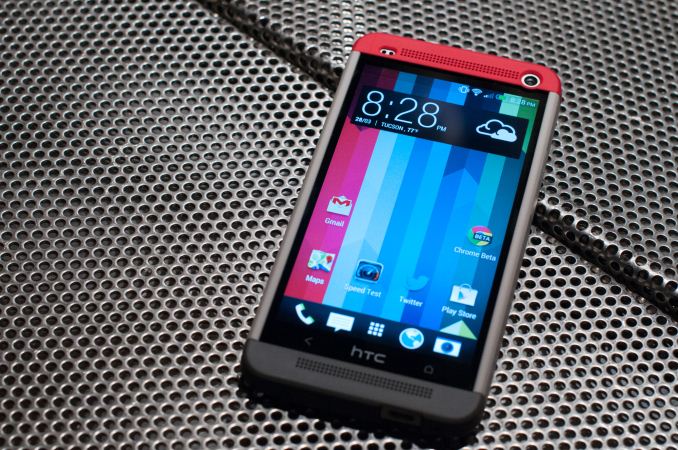 The HTC One is an incredibly ambitious phone. I can't think of the last time I've been excited not just because I'm reviewing a triple-A handset, but rather because there are innovative new features inside and ambitious risks taken by the OEM. In the case of the One, there are a number of them — front facing stereo speakers, an all metal unibody construction with unique antenna design, display just short of 5.0-inches, and of course the 4.0 megapixel camera with OIS and comparatively huge 2.0 micron pixels. The result is a phone that's not just exciting because it's something new to review, but because it's different and uniquely better for the right reasons. 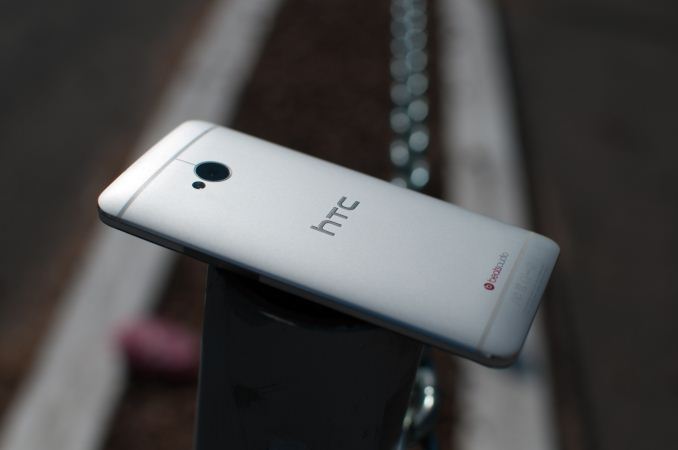 I've been using the One pretty much nonstop since getting it, and still feel the same way about the construction as I did when I first held the device. The build quality really is phenomenal, and for the first time rivals what we get out of, well, Apple. At the same time the industrial design is still uniquely HTC and carries over design language from the Butterfly or DNA. I was worried that HTC had given up the all metal pursuit after the One S, which I thought was one of the most unique devices of 2012, but thankfully the One takes it one step further. I've been stuck on antenna design and the challenges imposed by both contact with the skin, tuning for all the various bands, and the 2x1 requirements implicit in LTE, and thus the stuff required to make the One work as a phone excite me for the engineering hurdles they represent. Needless to say, the HTC One works as a phone and I haven't noticed any unintended attenuation or connectivity issues. 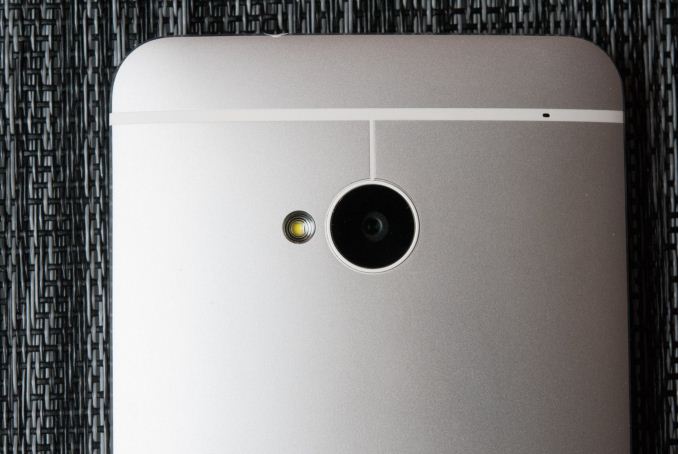 On the camera side I still fundamentally believe larger pixels is the correct way to go. Most digital photographers know that bigger sensors are better somehow, fundamentally what they're talking about are bigger pixels with more sensitivity. I've been asked what I believe the best course of action is, and I think either staying at around 8 MP with 1.4 micron pixels or moving back up the scale to larger pixels is the dream. Obviously the ideal situation would be an 8 MP sensor with 2.0 micron pixels, but there's no way to do that conventionally without moving to a thicker phone or including a big bump. There's no right answer here, and camera is one of the places that we see each OEM offer a huge amount of differentiation, from including just a module bought from a supplier, to designing the optics and talking to a CMOS vendor for something custom. For the past few generations HTC has been pushing further and further into the custom side, and I thought the One X/S/V optical system was the best that generation. There is no question in my mind that the One includes the best camera in the Android space right now with the right tradeoff between resolution and sensitivity. Resolution just isn't all there is to a good camera, and HTC now finds itself knee-deep in fighting the megapixel myth.

The flip side of the coin is that the One and the Lumia 920 trade positions for top dog quite a bit (to say nothing of the 808, which I honestly consider more of a connected camera than smartphone, having one myself). The Lumia 920's resolution advantage outside in well lit scenes is hard to overlook, and in very dark scenes their default mode pushes OIS to its limits with long 0.3 second exposures that HTC only enables in Night Mode. The One will produce the equivalently exposed shot with a shorter exposure and a bit more noise, which makes it better for shooting moving subjects, and if you toggle Night Mode, you'll get the longer exposure, less noisy equivalent (maybe HTC should rename that mode Lumia mode? I jest). The problem for OEMs isn't that low light performance is inaccessible, it's how best to do it without sacrificing too much in the best case scenario. At the same time, OIS is still new in the smartphone space and even Nokia hasn't finished tuning it and pushing out updates, I expect we'll see HTC do the same with the One. To be honest, I find the Lumia 920 versus HTC One comparison to be besides the point since one runs Windows Phone and the other runs Android. At least for me, camera performance still isn't enough to push me between platforms. HTC doesn't have to beat Nokia for HTC's gambit to be the right one — it only needs to beat the rest of the Android shooters, and that's a market which is, quite honestly, up through now so bad it really has been HTC's to lose, and with the One, HTC just set the bar even higher. 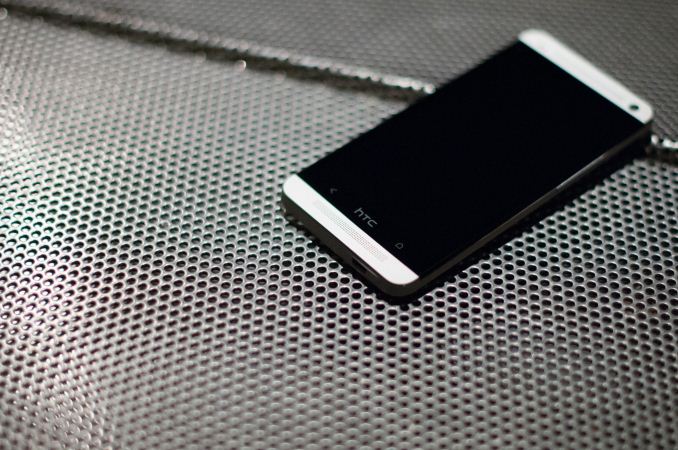 The speakers on the One have spoiled me. I initially wrote them off as being an accessory to the rest of the story, but in the past year or so have become addicted to watching a few YouTube channels and their product reviews on my mobile devices. As a result I'm now thoroughly spoiled by the One and not having to cup my smartphone with the second hand and direct the audio around to my face. For just about everything audio related the difference in experience that stereo affords — to say nothing of frequency response or loudness — is monumental.

I touched on experiences selling devices earlier, and HTC's problem from the prior generation. Probably the single most compelling experience that ties the entire One together are the Zoe and Highlights Reels. I can't imagine the One without this feature, since it touches nearly everything that the One emphasizes — display, camera, and front facing speakers. The point of having an experience like this is that it makes people get why the rest of the hardware choices are important, and get why this is a compelling device. It's the kind of experience that fits in a TV spot and is easy to demonstrate in an operator store or to a friend, and again, I can't imagine the One without it.

On the software side, Sense 5 is a much needed remaining of the Sense experience with flatter UI and classier contemporary iconography and typography choices throughout. I think HTC has nailed the industrial design and delivered one of the classiest UI skins I've seen in a long time. There's no question that HTC has found awesome design house talent, something the other Android OEMs still are failing to do. I only had a few gripes with Sense 4 and fewer with 4+, with 5 I have fewer still, and at the same time it isn't a hokey cartoonish bubbly experience like some of the other big OEM skins. There's still going to be that population of users that wants only AOSP Android, and I still believe that it would benefit HTC a lot to improve its enthusiast following by doing whatever political penance is required to enable AOSP build support, in addition to posting kernel source faster. An even bigger wish would be for HTC to get back onboard with Google in making a Nexus device of some kind. Other players understand the importance of and fight over that opportunity, while meanwhile I get the impression HTC doesn't see much value in it. There's a huge opportunity for HTC to step into that ring with the best enthusiast 3rd party ROM support at the same time another big OEM I won't name is going to start marginalizing it. That's one way to plug the anxiety hole that shipping a phone with 4.1.2 comes with for enthusiasts, even if I honestly don't find myself wanting 4.2 on the One every day.

I've never given any smartphone an editors choice award before, though I daily regret not giving the One S an award of some kind. For the HTC One I'm giving our Editors Choice Gold award, which is our second highest award. The One is an incredibly awesome device. 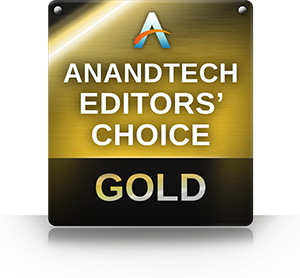 I'm a big fan of the HTC One and can see myself using it for quite a while, even without seeing necessarily everything of its main upcoming contenders. It's a device which amazingly is built to the kind of specifications I'd want from a device — huge emphasis on camera, all metal construction with actively tuned antennas, and a powerful SoC inside.