One of the key elements of Haswell will be up to 10 days of connected standby. To enable that, Serial ATA organization came up with a new SATA specification: DEVSLP (stands for Device Sleep). It's just an addition to the existing SATA 6Gbps standard but to function it needs chipset and device level support. Haswell is the first platform to support DEVSLP but Plextor was forward thinking and the M5M already supports it.

The idea behind DEVSLP is that the drive can enter very low-power state and then resume from that state very quickly. For example, if an email comes in, the drive can't spend seconds powering itself up because that's wasted battery charge -- it needs to be functioning in a matter of milliseconds and then go back to low-power state once the task has been completed. Plextor is claiming that the M5M can resume from DEVSLP mode in only 100ms and while in DEVSLP, it will only draw 1mW of power.

Our platform obviously doesn't support DEVSLP (yet), so we can't test this in action. Also, as someone noted in our MyDigitalSSD mSATA SSD review, the mSATA spec is actually rated at 3.3V, while our results are based on measuring the current from the 5V rail that comes from the power supply. We don't have any equipment to measure the current at the 3.3V rail (there's a voltage regulator in the adapter that lowers the voltage), hence we have to measure the power consumed by both, the drive and the adapter. I have no idea how much power the voltage regulator is drawing (I know the model and have the datasheet, so if anyone knows how to calculate the power, let me know) and some of the results here does seem pretty high. However, I doubt the M5M is drawing significantly more power than the M5 Pro given that they share the same components, so using the M5 Pro as a reference point is not a bad idea. 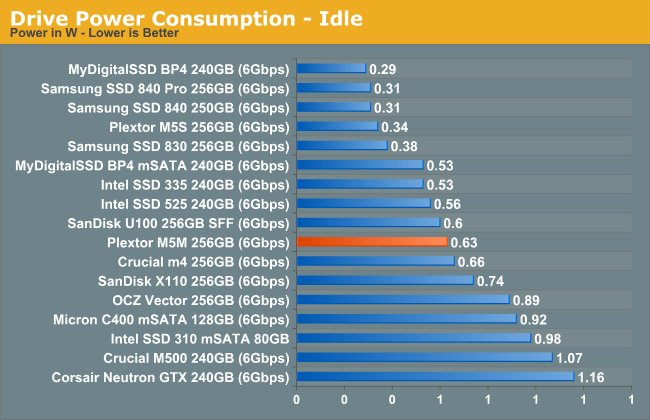 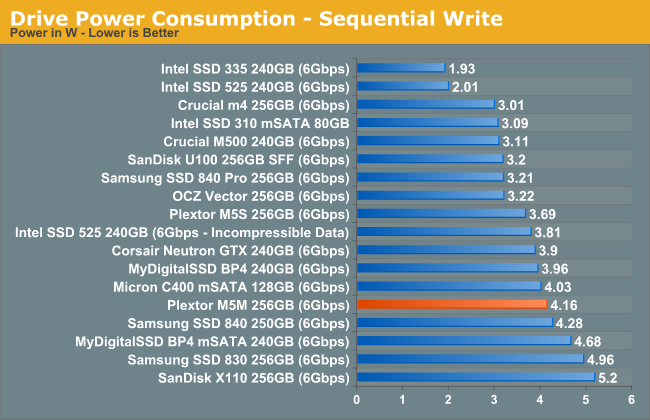 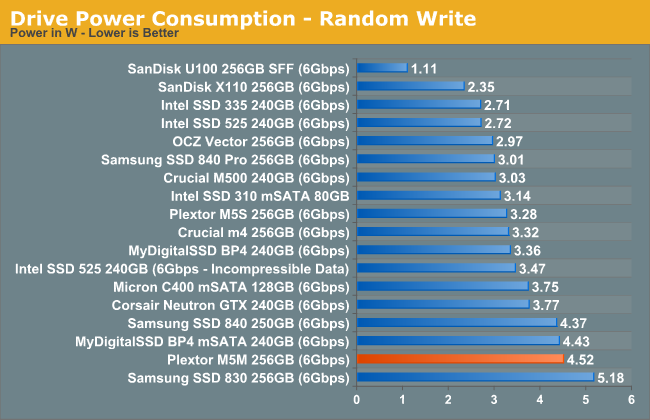