While you don’t get a keyboard with Surface Pro, Microsoft does bundle a digital pen with the device. Based on Wacom’s technology (presumably Electro-Magnetic Resonance), the SurfacePen supports 1024 levels of pressure sensitivity. The pen itself is passive, all of the power consuming circuitry is contained within the display stack itself. A weak EM field is generated by Surface Pro which enduces a current in the digital pen that then powers its resonance circuit, which in turn impacts the EM field and is used to determine the position and angle of the pen itself. Surface Pro will recognize the pen starting from about an inch above the display. The pen won’t work on Surface RT as the requisite Wacom EMR grid and logic don’t exist on that tablet.

It's not clear to me whether or not Microsoft is using Wacom's RRFC to enable capacitive touch in addition to digital pen support. Regardless, I didn't notice any impact on touch response when using Surface Pro without the digital pen. 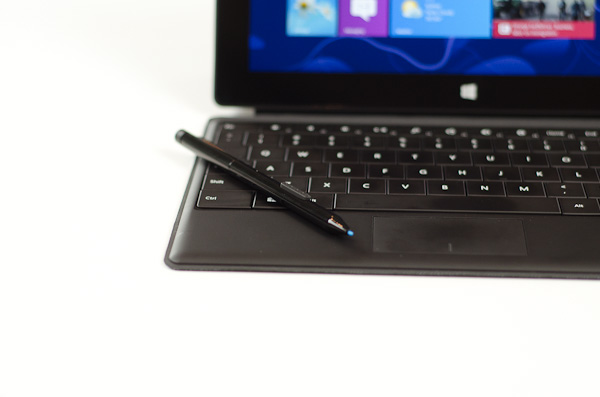 The Surface Pro pen doesn’t store anywhere inside the device, but it can be docked to the magnetic power connector as long as you’re not charging the tablet. The magnetic dock doesn’t charge/power the pen in any way, it just holds it in place. The tablet is a bit awkward to hold with the pen in place, and there’s also the problem of where do you store the pen if you’re using the tablet while plugged into the wall, but I suppose it’s better than nothing. 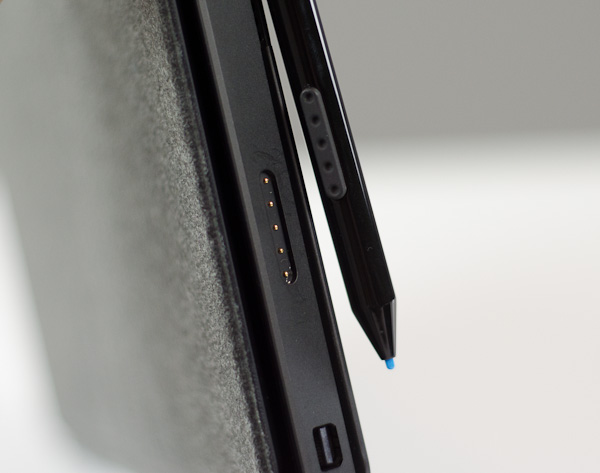 Microsoft does a good job of palm rejection with the pen in use, although I did occasionally have to erase an errant line or two caused by the edge of my hand in a drawing app.

Tracking and responsiveness were both excellent in using the pen. I’m not much of an artist but I did have a good experience sketching with Surface Pro’s pen. Creative professionals who are already Wacom users will probably appreciate the inclusion. Surface Pro doesn’t really offer the same drawing surface area as some of the larger Wacom tablets, but I can see how it’d be a nice addition for those who don’t want to carry around a separate drawing tablet. 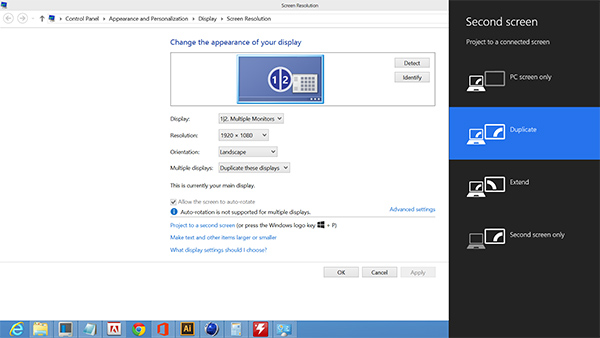 You can configure Surface Pro to work in second screen mode, allowing you to use the entire display as a pen surface while using the integrated miniDP out to drive your display to an external monitor. In this mode Surface Pro approximates a Wacom digital tablet, although without the software customization that you get with those tablets. The biggest issue I had in second screen mode is the lack of a toggle to switch between pen and mouse positioning, Surface Pro operates exclusively in the former.

In pen positioning, every point on the Surface Pro display corresponds to a similar location on your external display. To draw something in the upper right corner you need to move your pen to the upper right corner of the Surface Pro display and draw there. Wacom’s own tablets let you switch to mouse mode, allowing you to use the pen as a mouse to place your cursor wherever you want it. Pen mode is something you may or may not be able to get used to, but it’s worth pointing out that the inflexibility is a limitation of Surface Pro’s pen implementation.