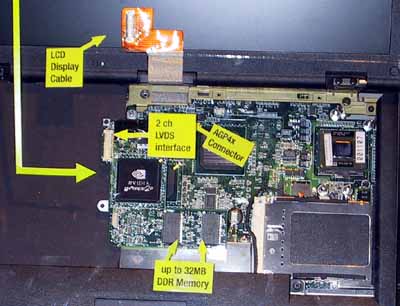 This means that on a Pentium III 500 laptop you can expect around 40 fps at 1024 x 768 x 16, and close to 60 fps at 640 x 480 x 32, both under Quake III Arena.  Compared to the virtually non-existent frame rates with today’s mobile graphics accelerators, the GeForce2 Go definitely has quite a bit of potential.  The only downside to the GeForce2 Go will be that you probably won’t see more than 16MB in most implementations, in fact, 8MB could be a highly desired configuration which will hurt performance considerably.

And just like its desktop counterpart, the GeForce2 Go will have a full TwinView implementation and will work with the same unified drivers that the rest of NVIDIA’s line works with. 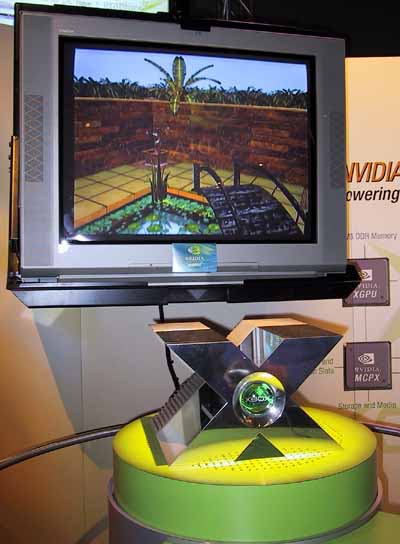 NVIDIA was also showing off the X-Box, however there was very little that they had to say that hasn't already been disclosed.