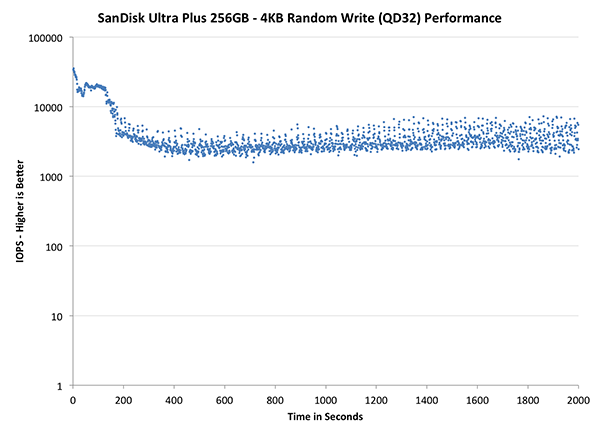 The Ultra Plus' performance consistency, at least in the default configuration, looks a bit better than Samsung's SSD 840 Pro. The 840 Pro is by no means the gold standard here so that's not saying too much. What is interesting however is that the 840 Pro does much better with an additional 25% spare area compared to the Ultra Plus. SanDisk definitely benefits from more spare area, just not as much as we're used to seeing. 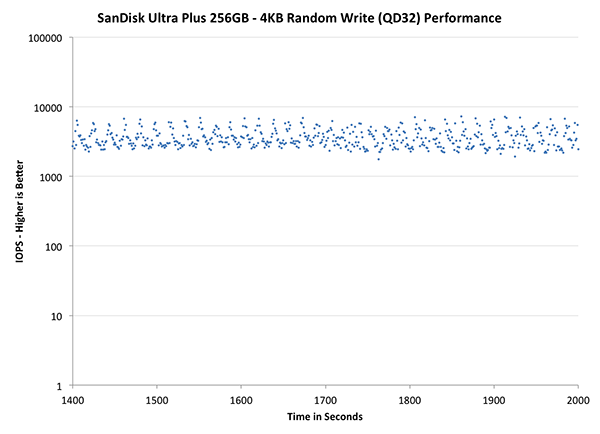 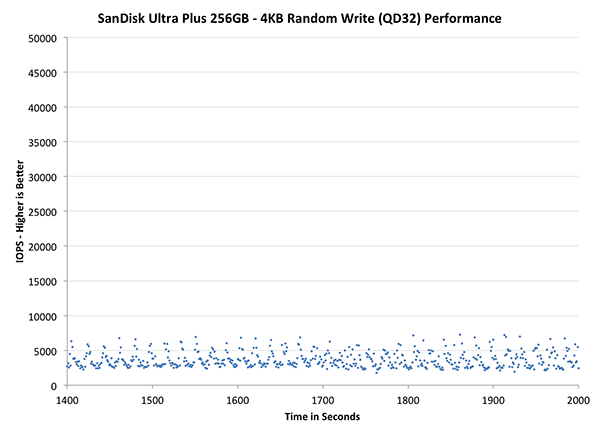 Here we see just how far performance degrades. Performance clusters around 5K IOPS, which is hardly good for a modern SSD. Increasing spare area helps considerably, but generally speaking this isn't a drive that you're going to want to fill.