NVIDIA's only performance advantage on the SoC side compared to Clover Trail at this point is in its GPU. Tegra 3's GPU is faster than the high clocked PowerVR SGX 545 in Clover Trail. While we don't yet have final GPU benchmarks under Windows RT/8 that we can share numbers from, the charts below show power consumption in the same DX title running through roughly the same play path. 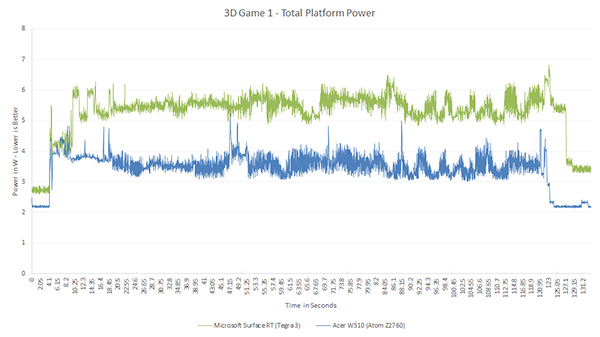 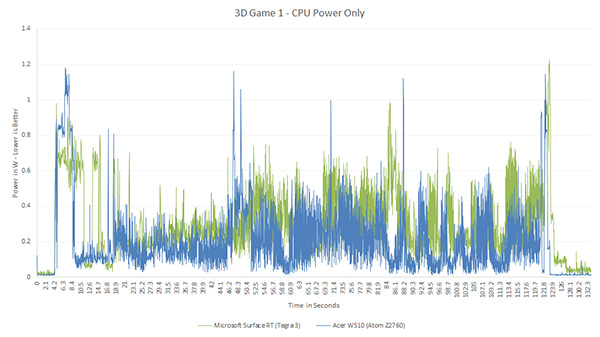 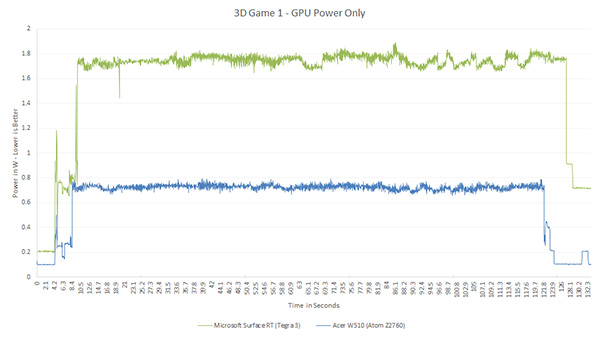 NVIDIA's GPU power consumption is more than double the PowerVR SGX 545's here, while its performance advantage isn't anywhere near double. I have heard that Imagination has been building the most power efficient GPUs on the market for quite a while now, this might be the first argument in favor of that heresay.