The Aleutia Relia's most interesting aspect is the passive cooling. In order to understand the thermal solution and also take a look at the internal components, we disassembled the system. It was quite easy to take apart, with the top being held in place by four screws. Of particular interest is the thin gauzelike fabric pasted around the ventilation slots on the top panel (and also present beneath all the other ventilation slots). This makes the unit dust-resistant. Since there are no moving parts to move the dust inwards, this porous gauzelike material is capable of shutting out most of the dust. Of course, it doesn't make it dust proof, but offers an added layer of protection. Beneath the top panel, we have a bar with two hard disks fastened on to it. The bar itself is fastened to the side panels using four screws. Beneath this disk assembly, we have the main board and the passive cooling solution. The gallery below presents some of the teardown pictures

The Aleutia Relia is based on the Intel DQ77KB motherboard which contains the Q77 Express chipset. This mini-ITX board supports direct 19 V DC input (no need for a PSU -- except for the AC - DC adapter). It has two SO-DIMM sockets, four USB 3.0 ports, eight USB 2.0 ports and five SATA ports (2 x SATA 6 Gbps, 2 x SATA 3 Gbps, 1 x mSATA). The mSATA port is a full mini-PCIe card slot. In addition, the board also has a half-mini card slot taken up by the WLAN solution and an empty PCIe 3.0 x4 add-in card slot (unusable in the Relia). 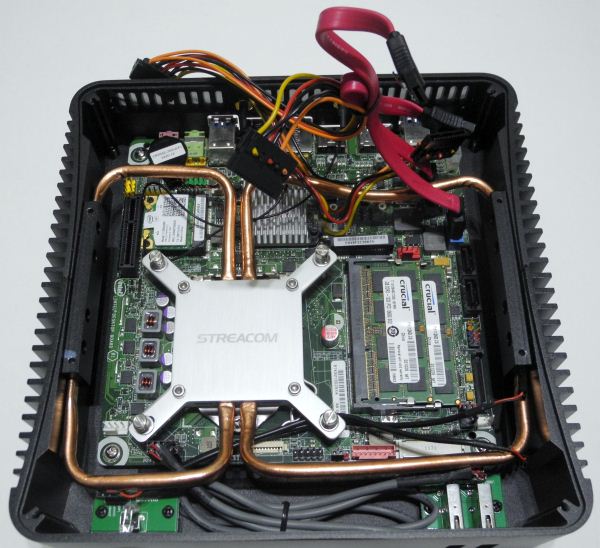 The board also has the Realtek ALC892 audio codec along with two GbE ports.

The Core i7-3770T is a 4C/8T processor belonging to the Ivy Bridge family. It has a TDP of 45 W. Clocking in at 2.5 GHz, it is capable of going up to 3.7 GHz in Turbo Mode. 8 MB of L3 cache is shared between the integrated GPU (HD4000) and the CPU cores. The GPU runs at 650 MHz, but, can turbo up to 1.15 GHz under certain conditions. It supports full 3D video capabilities, QuickSync v2.0 and WiDi. However, WiDi isn't supported by the DQ77KB as it is an unnecessary feature in the target market. 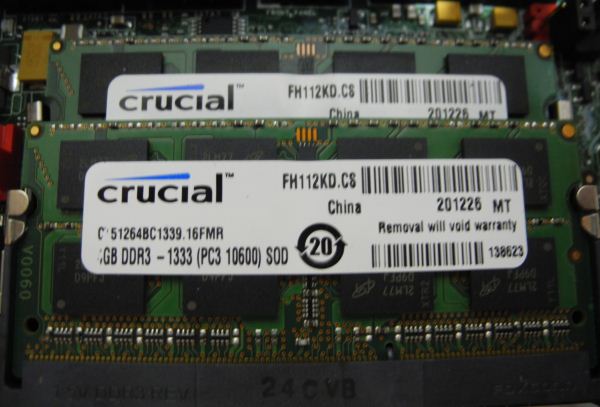 Considering that the Relia has a 3rd generation Core processor in the i7-3770T, we expected Aleutia to go in for DRAM rated at 1600 MHz.

The unit uses a 128 GB Crucial mSATA SSD as the primary drive and two 2.5" 500 GB Western Digital hard disks as secondary drives. The review unit had the two hard drives configured as separate drives. However, it is possible to set up the BIOS to put them in RAID-0 or RAID-1 depending on the requirements. 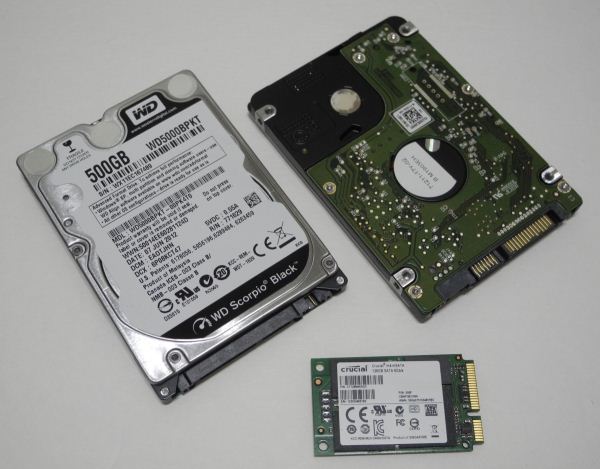 The Scorpio Black drives operate at 7200 rpm and has a 16 MB cache. The Black series has a warranty period of 5 years. It is generally regarded as one of the highest performing 2.5" hard drives in the market. The primary drive (Crucial mSATA SSD) is much more interesting. Unlike the Phison based mSATA SSD we saw in the Zotac ZBOX Nano XS, this one has bona fide credentials and has very good performance comparable to the SATA SSDs. It has NAND from Micron and the controller is the Marvell 88SS9174. 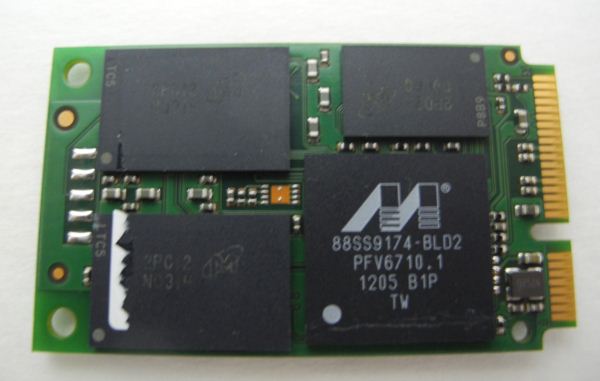 This Marvell controller is also present in the Intel SSD 510, the Corsair P3 series and the Crucial m4 SATA SSDs.

Aleutia has gone in for a 1T2R single band (2.4 GHz) WiFi solution for the Relia. The Intel WiFi Link 1000 is a low profile single side design. It is 802.11 b/g/Draft-N compatible. The version present in the Relia is in a mini-PCIe card form factor. In order to increase range, the unit has two antenna slots at the rear of the unit. Two TP-Link antennae are also supplied. 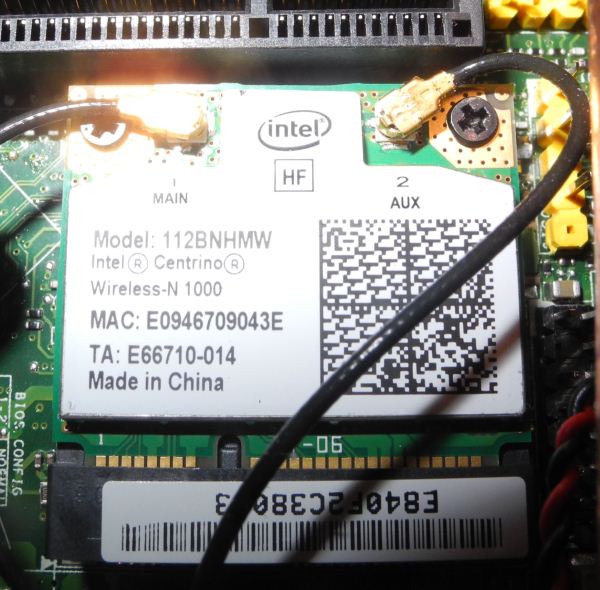 Considering that the unit has two GbE ports and can act as a firewall, some use cases could involve making the WLAN solution act as a Wi-Fi access point. In this case, it is disappointing to find that the solution is single- band and has only 1T2R instead of the usual 2T2R solutions seen in other pre-built mITX PCs such as the ASRock Vision HT.