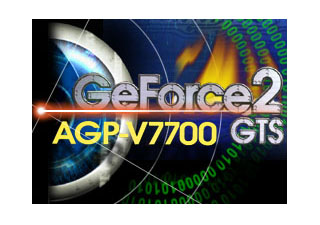 ASUS is well known for their superb motherboards, which are highly regarded within the hardware community. This Taiwanese manufacturer has excelled in semiconductor market in the past year, with such releases as the CUSL2, which was one of the first motherboards to be based on Intel's i815E chipset. What are their strengths? Stability, and features.

Contrary to popular belief ASUS is not a novice in the graphic card market, but they are veterans. This veteran status really began with the release of their popular TNT based V3400, which received excellent reviews. From that point on ASUS entered a much bigger arena, in which manufacturers such as Creative Labs fight for the crown, and your money. Each manufacturer has its own strategy to make their card distinguishable from the competition; Hercules has added RAM-heatsinks, Creative Labs has reduced their prices, and ASUS has decided to tackle this issue with features, and lots of them. This is not surprising because they have done this in the past, with the "Deluxe" version of their V6600 and V6800 cards. Today we are looking at their latest offering, which is very similar to the V6600/V6800 Deluxe, but is based on the newest NVIDIA GeForce 2 GTS from NVIDIA.